In late June Patently Apple posted a report titled "Is Google Really Planning to Attack the iPhone this Fall with a Google made Smartphone beyond Nexus?" While Google's CEO said they had no interest in producing a smartphone beyond their Nexus co-venture, Google's actions were saying another thing. Google hired Rick Osterioh, former president of Motorola, to lead a new hardware division. At the time The Telegraph was reporting that Google was planning a shake-up of the smartphone market by releasing its own handset, a move that would tighten its grip on mobile software and see it compete directly with the iPhone. Well, on October 4, Google will be launching a new product. They've created a new website teaser with the URL 'madeby.google.com.'

If the Telegraph report is right, it's a smartphone "made by Google' as the URL suggests. The only thing promoted on the smartphone-like images, are photos. So it's either going to be a next-gen mobile camera or a smartphone that will be promoting an iPhone 7 Plus dual lens camera challenger via Google's Project Tango. The first phone to promote this AR-centric camera was Lenovo back in June.

Verge writer Vlad Savov took a photo of the a new billboard promoting the October 4 launch as noted below. In recent days, Savov noted in his report that the billboards are popping up across the U.S., in Germany – timed to coincide with Cologne's Photokina exhibition and beyond. 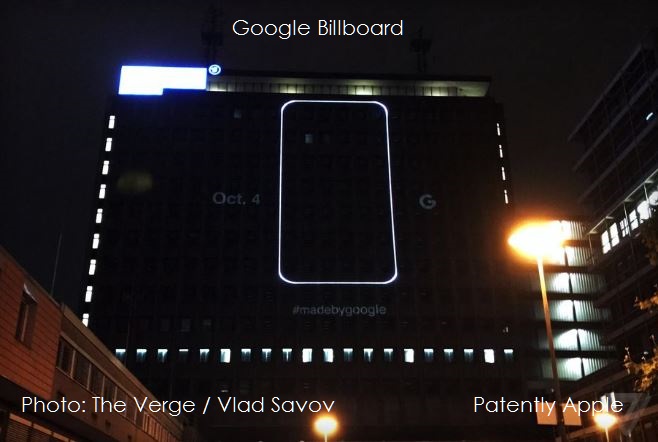 Google is tired of Apple stealing the premium smartphone mantle and is out to deliver a smartphone that will have regular updates like the iPhone and the most up to date OS all shiny and polished for launch day. It will integrate their app store and make sure that it has the Apple flare with Android pixie dust.

While it may or many not be a real iPhone challenger, it will at the very least be a smartphone that will hopefully plug the leak of switchers flooding to the iPhone of late. Will it offer a stylus and wow us with AI that betters Siri? We'll know all the answers to those questions and many more on October 4.