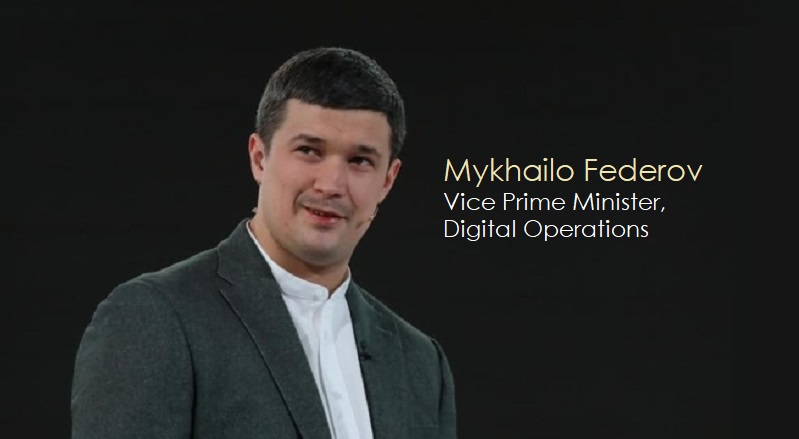 Earlier today Apple's CEO tweeted on his account that he was "deeply concerned with the situation in Ukraine. We’re doing all we can for our teams there and will be supporting local humanitarian efforts. I am thinking of the people who are right now in harm’s way and joining all those calling for peace."

That was a nice sentiment, but Mykhailo Fedorov, who serves as Ukraine’s vice prime minister and oversees digital operations, urged Apple to go one step further and halt product sales in Russia and shut down its App Store in the country.

The government official made the request in a letter to Apple Chief Executive Officer Tim Cook that he posted on Twitter (shown below). Fedorov also said Apple should support the U.S. sanctions placed on Russia following the country’s invasion of Ukraine. 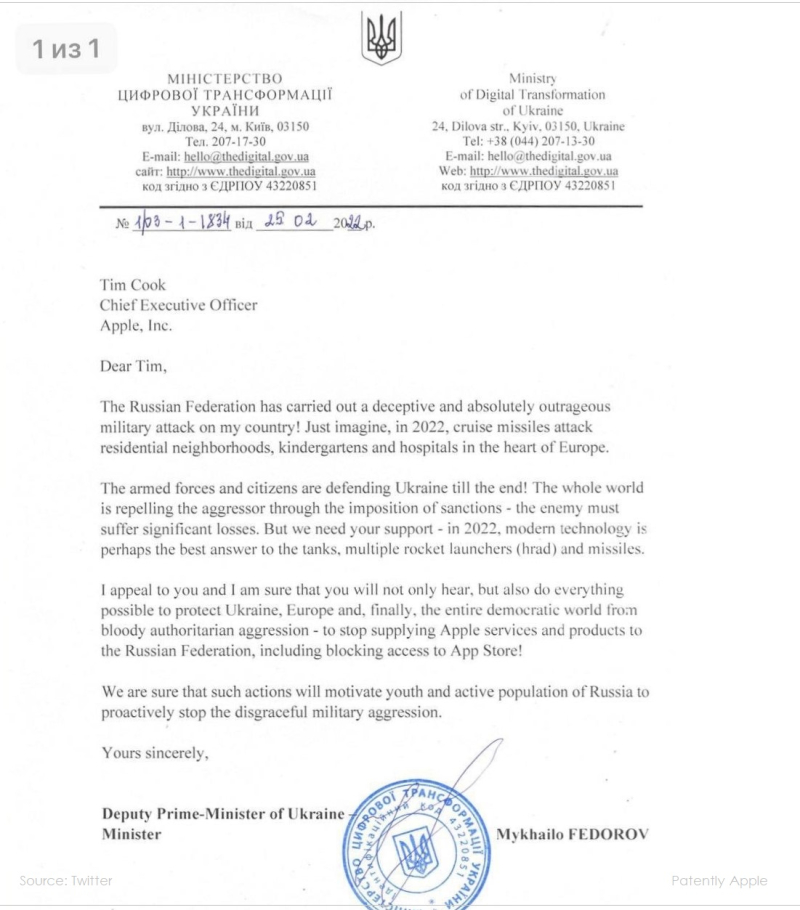 "I appeal to you and I am sure that you will not only hear, but also do everything possible to protect Ukraine, Europe, and, finally, the entire democratic world from bloody authoritarian aggression -- to stop supplying Apple services and products to the Russian Federation, including blocking access to App Store," Fedorov said in the letter.

The U.S. government recently adopted sanctions that would bar U.S. manufacturers from exporting certain goods to Russia, but so far, the rules don’t appear to prevent Apple from continuing sales in the country. For more, read the full Bloomberg report.

It'll be interesting to see if Apple's CEO will take additional actions in the days and weeks ahead.  In 2019 after Russia took over Crimea (in Ukraine) they demanded that Apple make a change to their Maps app to recognize Crimea as Russian territory and Apple complied. In that light, Apple is unlikely to now side with Ukraine beyond humanitarian support.

Will any Silicon Valley Tech giant take a stronger stand against Russia in the coming weeks and months ahead? Only time will tell.