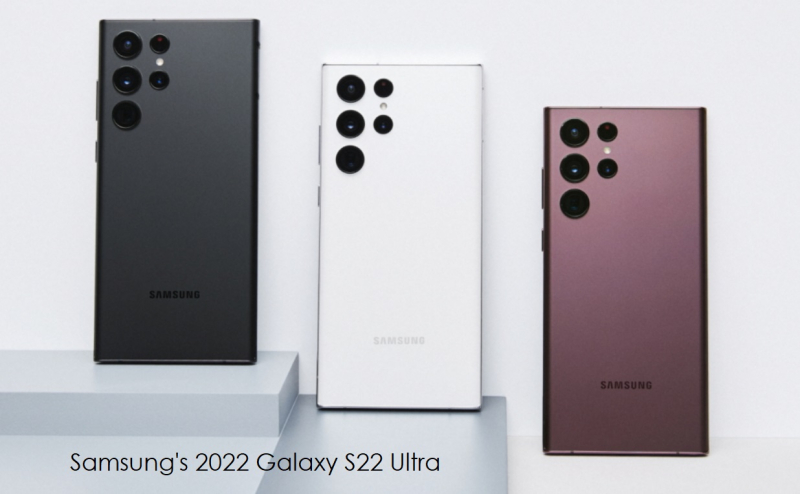 This morning Samsung Electronics unveiled their new Galaxy S22 Ultra, merging the best of two smartphone legacies — the unrivaled power of the Note series and the pro-grade camera and performance of the S series — to set a new standard for premium smartphones. Featuring a built-in S Pen, advanced Nightography and video capabilities, and battery life that lasts over a day, Galaxy S22 Ultra is the most powerful Ultra device Samsung has ever created.

From creative capabilities and productivity, to power and performance, the Galaxy S22 Ultra brings everything you love about the Note experience — including its signature S Pen — to the S series. Galaxy S22 Ultra joins the new Galaxy S series of devices — Galaxy S22 and S22+ — offering every feature of those devices plus new added features for the best of the S and Note series.

With S Pen, the S22 Ultra becomes more than a phone. It embraces the legacy of the Note while opening up new ways to be creative and get things done. The result is a mobile experience unlike any before.

With Galaxy S22 Ultra, you can capture footage that’s instantly post-worthy — in any lighting conditions. Advanced "Nightography" features available on the entire S22 family of devices allow you to snap crisp, clear videos on both the front and back cameras, whether you’re recording during the day or night. S22 Ultra is built with a 2.4um pixel sensor — Samsung’s largest pixel sensor ever, enabling its camera lenses to capture more light and data, optimizing the lighting and detail of your video clips. Plus, S22 Ultra’s advanced Super Clear Glass lens helps you take smoother and clearer nighttime videos without flares. Meanwhile, video Auto Framing ensures your camera always captures exactly who you want, whether that’s one person or ten.

With zooming capabilities that will get you 100x closer to the action, Galaxy S22 Ultra isn’t just Samsung’s most powerful camera, it’s also the smartest. Packed with new AI supported features like Portrait mode, Galaxy S22 Ultra is built to make every photo look professional. With S22 Ultra’s robust intelligent camera capabilities, your phone does the heavy lifting, so you always capture stunning photos and video in any lighting.

Whether you’re an amateur or a professional photographer, Galaxy S22 Ultra gives you all the tools you need to snap a beautiful shot every time. Like Galaxy S22 and S22+, Galaxy S22 Ultra offers exclusive access to the Expert RAW app, which features a comprehensive suite of in-camera editing tools that deliver a DSLR-like experience and let you enjoy more creative control. With the ability to save photos in RAW format up to 16bit, you can take more control over your edits with more of your images’ data. And just like a DSLR camera, you can brighten or darken your photos with ISO settings and shutter speed, adjust white balance to make your photo more warm or cool, and manually focus on your desired subject to get your images looking exactly the way you want.

Starting on February 25, 2022, Galaxy S22 Ultra will be widely available in carrier and Unlocked by Samsung versions through Samsung.com, carriers and retailers online. 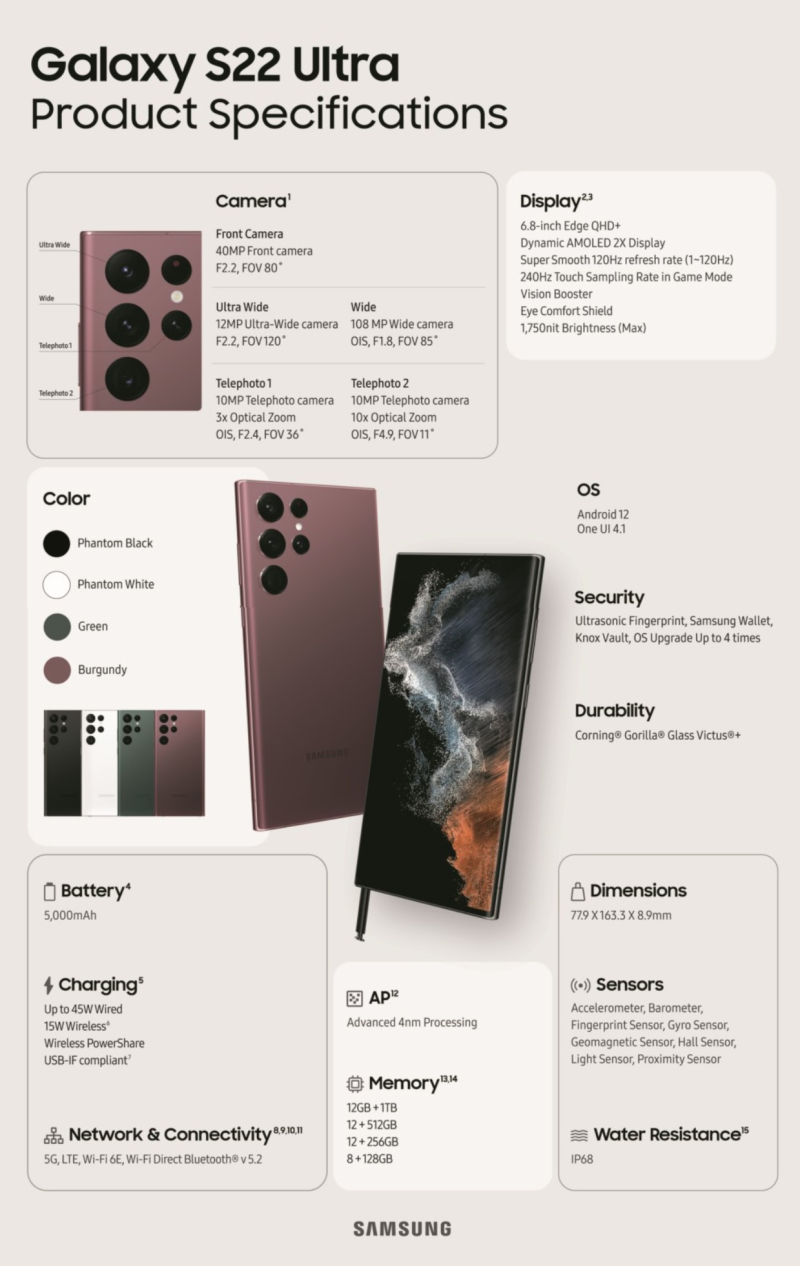 Beyond the Galaxy S22 Ultra, you could learn more about their Galaxy S22 and S22+ smartphones here. The new phones now offers four years of OS upgrades. Samsung also introduced the new Galaxy Tab S8 Series tablet that you could learn about here.