The U.S. Patent Office Granted Apple 2,541 Patents in 2021 Ranking them Seventh in the Top Fifty 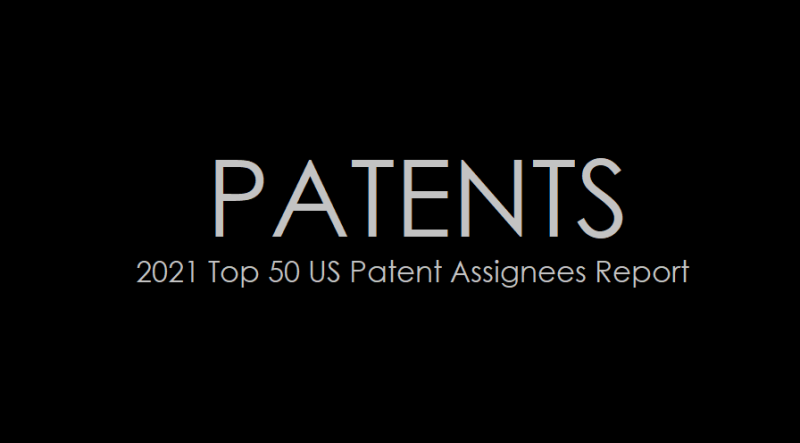 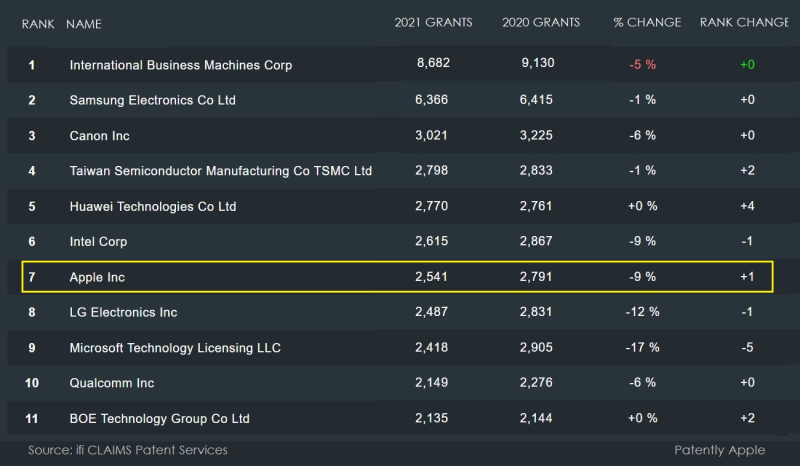 Although Huawei Technologies has fallen sharply in China and Europe due to the bans in place for U.S. Software like Google, Microsoft and others, they actually ranked #5, up sharply from last year's #9 position. In contrast, Microsoft fell to #9 from #4 in 2020.

If you consider the size of the portfolios, China holds nearly one in three or 29 percent of the Global 250 patent families compared to the U.S. (24 percent) and Japan (19 percent). Deeper analysis shows that U.S. and Japan portfolios are stronger and more mature, nevertheless it is clear that China has stimulated an R&D culture that is serious about intellectual property.

As was the case in 2020, the largest category of patent activity in 2021 – a strong indicator of what’s coming down the road – was Computer Systems Based on Biological Models, which saw a 54 percent increase (CAGR) from 2017-21. This hot area of computing uses brain biology as an inspiration and includes Big Tech stalwarts such as IBM, Google, Samsung, Microsoft and Intel.

In a year that saw U.S. patent grants decrease anywhere from 8 to 12 percent among worldwide corporations, China-based companies stood out with an increase of 10 percent, going from 18,792 awards in 2020 to 20,679 during the past year. A total of four Chinese companies are now in the U.S. Top 50 including Huawei at #5, BOE at #11, Advanced New Technologies at #43, and Guangdong Oppo at #49. U.S. company grants were down commensurate with the worldwide total decline, 8.3 percent.