Reuters: How a Saudi Woman's iPhone Revealed Political Hacking around the World 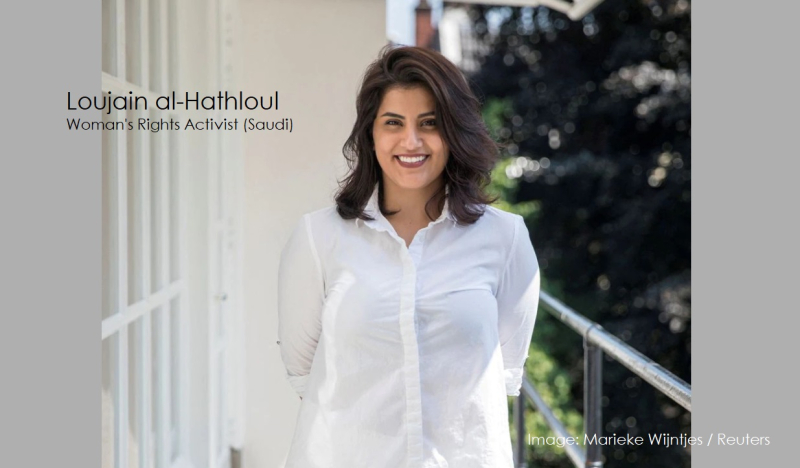 A single activist helped turn the tide against NSO Group, one of the world’s most sophisticated spyware companies now facing a cascade of legal action and scrutiny in Washington over damaging new allegations that its software was used to hack government officials and dissidents around the world.

An unusual error in NSO’s spyware allowed Saudi women’s rights activist Loujain al-Hathloul and privacy researchers to discover a trove of evidence suggesting the Israeli spyware maker had helped hack her iPhone, according to six people involved in the incident. A mysterious fake image file within her phone, mistakenly left behind by the spyware, tipped off security researchers.

Al-Hathloul, one of Saudi Arabia’s most prominent activists, is known for helping lead a campaign to end the ban on women drivers in Saudi Arabia. She was released from jail in February 2021 on charges of harming national security.

Soon after her release from jail, the activist received an email from Google warning her that state-backed hackers had tried to penetrate her Gmail account. Fearful that her iPhone had been hacked as well, al-Hathloul contacted the Canadian privacy rights group Citizen Lab and asked them to probe her device for evidence, three people close to al-Hathloul told Reuters.

After six months of digging through her iPhone records, Citizen Lab researcher Bill Marczak made what he described as an unprecedented discovery: a malfunction in the surveillance software implanted on her phone had left a copy of the malicious image file, rather than deleting itself, after stealing the messages of its target. He said the finding, computer code left by the attack, provided direct evidence NSO built the espionage tool. “It was a game changer,” said Marczak “We caught something that the company thought was uncatchable.”

The discovery amounted to a hacking blueprint and led Apple Inc to notify thousands of other state-backed hacking victims around the world, according to four people with direct knowledge of the incident.

In recent years, the spyware industry has enjoyed explosive growth as governments around the world buy phone hacking software that allows the kind of digital surveillance once the purview of just a few elite intelligence agencies.

The Reuters report is richly detailed and you could read more about this at the National Post.