Apple Patent Reveals how their MR Headset will Detect and Visualize Non-Visible Phenomena like Gasses, an Audible Fence & more 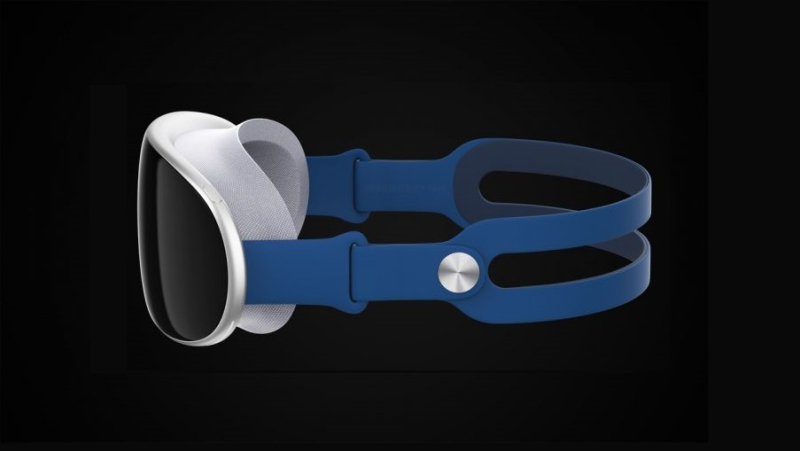 Today the US Patent & Trademark Office published a patent application from Apple that relates to extended reality (XR) environments and future devices that will provide visualization of non-visible phenomena. No, this isn't a script for a future X Files film but it certainly reads like one at times. Describing a user visualizing "Augmented Reality" in eyewear as one seeing "non-visible phenomena" is a new descriptive twist, based on environmental sensor feedback.

To begin with, Apple clarifies that their future mixed reality devices could take on many different forms such as head mountable systems, projection-based systems, heads-up displays (HUDs), vehicle windshields having integrated display capability, windows having integrated display capability, displays formed as lenses designed to be placed on a person's eyes (e.g., similar to contact lenses), headphones/earphones, speaker arrays, input systems (e.g., wearable or handheld controllers with or without haptic feedback), smartphones, tablets, and desktop/laptop computers. Projection systems may also be configured to project virtual objects into the physical environment, for example, as a hologram or on a physical surface.

The non-visible features may correspond to, for example, electromagnetic signals such as Wi-Fi signals, airflow from an HVAC system, temperatures of physical objects, fluids or gasses, an audible fence created for a pet (e.g., using ultrasonic pitches), sounds generated by a musical instrument, and/or hidden physical objects such as objects with known locations that are obscured from view by other physical objects (as examples).

This takes augmented reality to a whole new level.

If the HMD, smartglasses or other eyewear "detects" a non-visible phenomenon (via specialized sensors), the device will then allow the user to actually see the range of ultrasonic pitch or see where a dangerous gas actually is within their view. 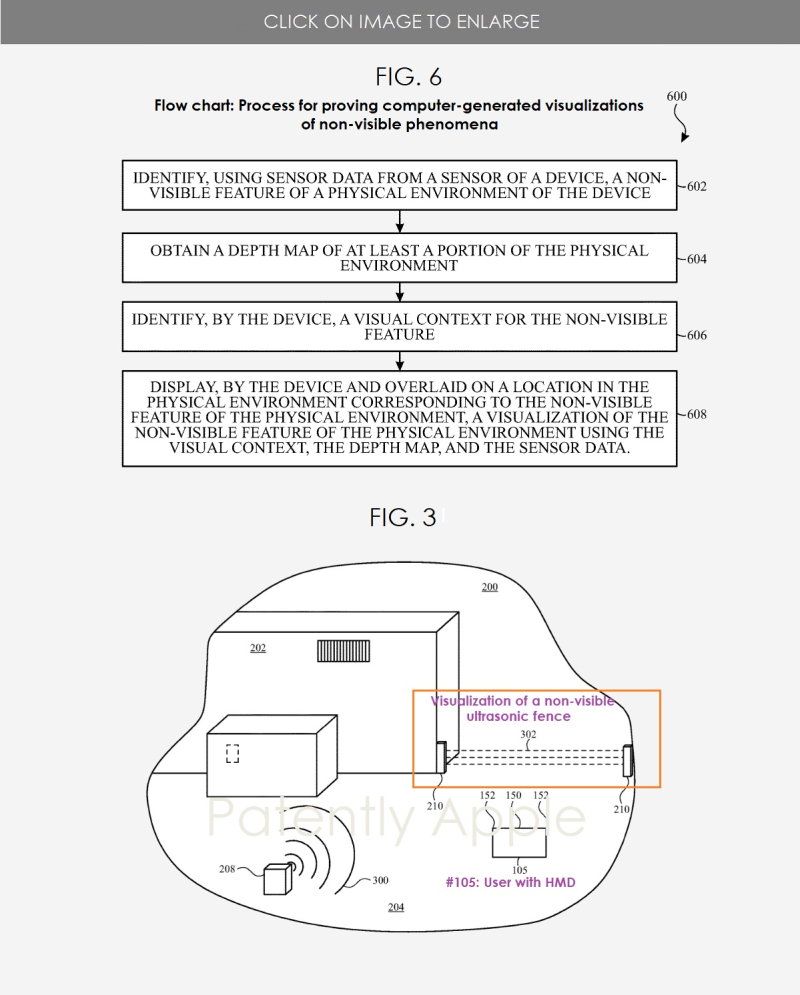 Apple's patent FIG. 4 below illustrates other visualizations of non-visible phenomena that can be provided by an eyewear device such as electronic device #105. In the example of FIG. 4, a visualization #400 of airflow from vent #206 is illustrated. In this example, the visualization is a representation, in the visible light spectrum, of the airflow existing outside the visible light spectrum. In this example, the visualization is based on a visual context that includes wavy lines with a wave frequency and a separation that increases with decreasing airflow.

The airflow may be detected using an airflow sensor in the eyewear device that detects airflow directly from the movement of air through the sensor and/or indirectly. 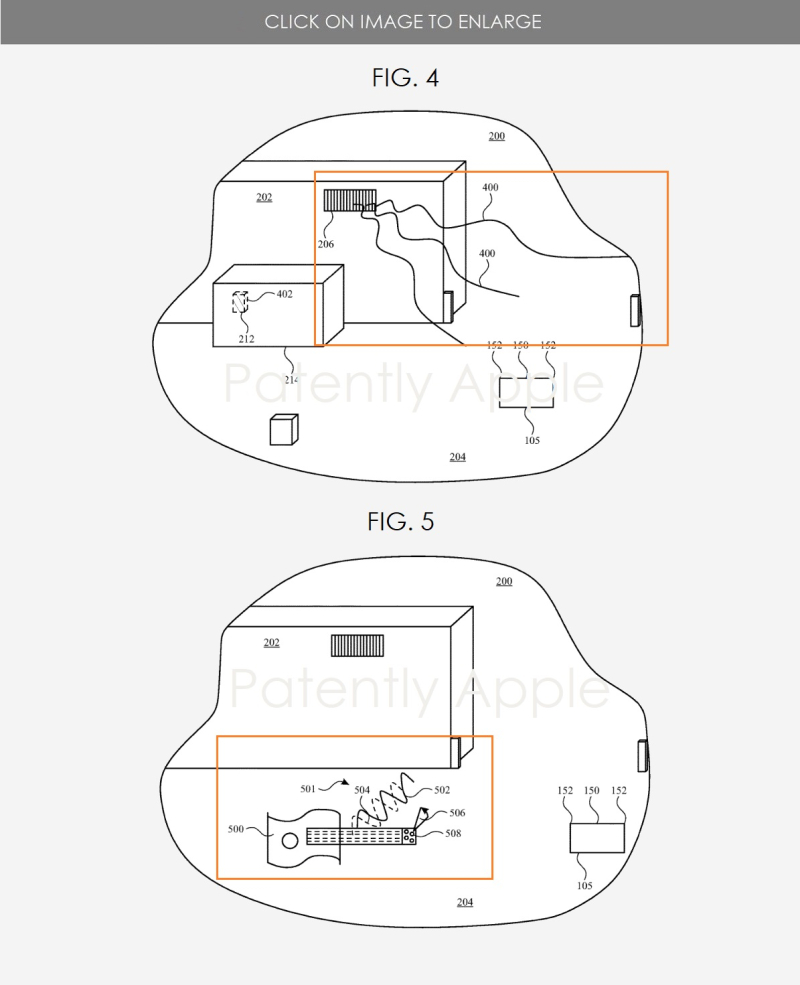 In Apple's patent FIG. 5 above, a musical instrument implemented as a guitar #500 is shown being tuned using a visualization #501 of the non-visible sound generated by a string of the guitar. In this example, the visualization is generated based on a visual context that includes two sine waves such as a first sine wave #502 and a second sine wave #504.