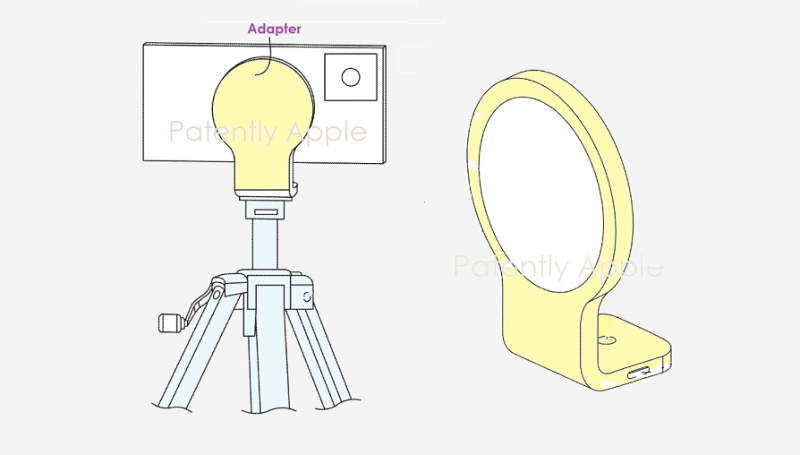 Today the US Patent & Trademark Office published a patent application from Apple that relates to adapters that can attach phones or other electronic devices to camera stabilizers, where the adapters are highly portable and are useful in a number of situations and environments. Should Apple release such an accessory product in the future, it'll be directly competing with the likes of JOBY. Whether Apple will license their patented design or compete directly is unknown at this time.

Apple notes that in many circumstances, iPhone cameras might be used for very long periods. They can also be used in power-intensive applications such as recording video. As such, it can also be desirable that an iPhone be able to be charged while the phones are mated to the adapters. Since these adapters might be used in various environments, it can also be desirable that the cameras on the phones be readily placed in various orientations or positions to provide flexibility for a user.

Apple's invention can provide adapters that can attach iPhones or other electronic devices to camera stabilizers, where the adapters are highly portable and are useful in a number of situations and environments.

An illustrative embodiment of the present invention can provide an adapter having a lateral base portion having an opening. The opening can be used to fasten the adapter to a camera stabilizer such as a tripod, gimbal, pier, drone, or other device.

The upright portion can further include an enclosure forming a ring around the contacting surface, as well as sides and a back of the upright portion. The enclosure can house or support an attachment feature to attach an iPhone or other electronic device to the adapter.

The first magnet array can have a shape and arrangement such that the phone (and its camera) can be freely rotatable about an axis of connection with the adapter. This can help in leveling and otherwise positioning the camera in a portrait or landscape mode, as well as at any angle between them.

The adapter can further include additional magnets separate from the first magnet array to improve the alignment of the phone to the adapter at a specific position, such as in a portrait, landscape, or other orientation.

The enclosure can further include charging components such as an inductive coil for providing inductive charging and transmitting data to the iPhone and for receiving data from the iPhone.

The time-varying magnetic flux can be modulated to transmit data to the phone. The control electronics can also sense currents induced in the coil in the adapter by the phone or other electronic device. The control circuitry can further read data transmitted by the phone using these induced currents. The data can include device identification for the phone, charge status, charging level requests, and other information. 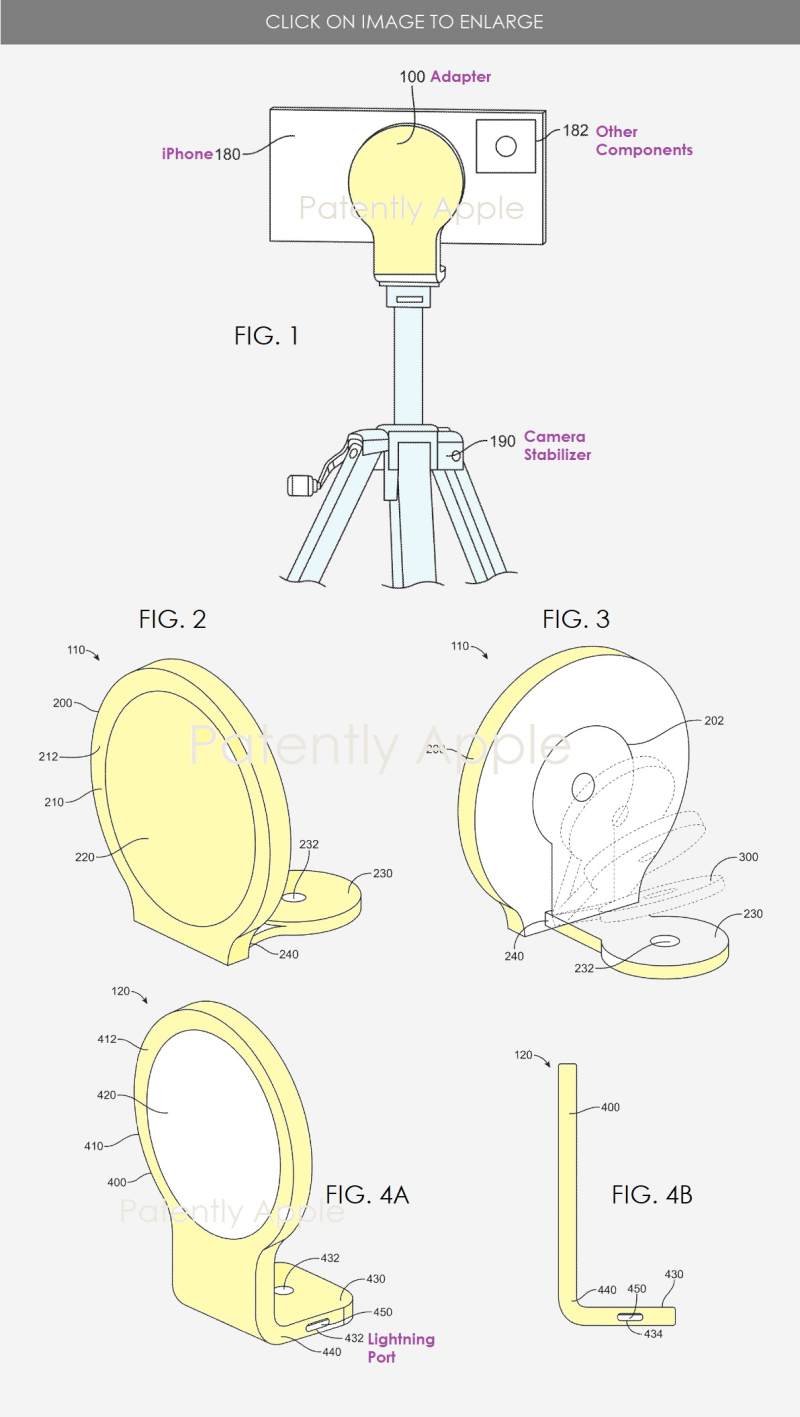 In these and other embodiments of the present invention, the adapter can be a passive adapter to mechanically secure an electronic device to the camera stabilizer.

For more details, review Apple's patent application number 20220042643. This is the third magnets-based patents published today. The first two patents covering the use of magnets was covered in our report titled "An Apple Patent Filing for a Magnetic Car Vent Mount Device may already be Marketed by Belkin, and more. In fact, all three patents have certain overlapping patent figures.