Home Archives Contact Us Subscribe Twitter MeWe Facebook Patently Mobile
Apple and Uniloc Persuaded the U.S. Court of Appeals to keep the terms of their patent licensing agreement Secret
Apple revealed today that they're preparing to Open its Fourth Store in the UAE on Al Maryah Island, Abu Dhabi

An Apple Patent Filing for a Magnetic Car Vent Mount Device may already be Marketed by Belkin, and more 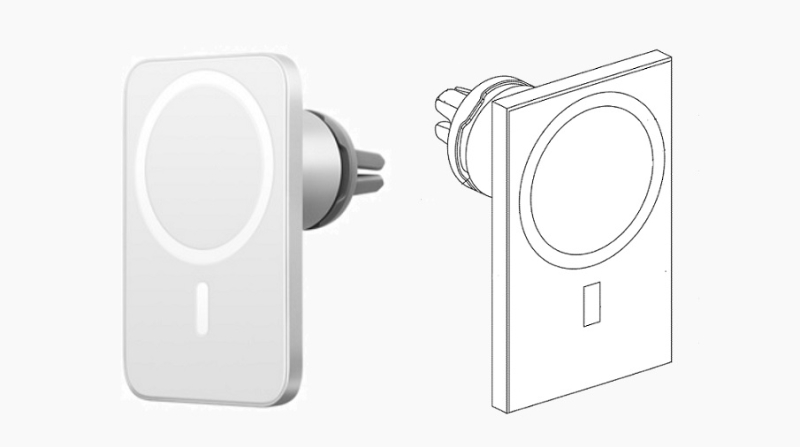 Today the US Patent & Trademark Office published a patent application from Apple that relates to a magnetic car vent mount with MagSafe device. Our cover graphic illustrates Belkin's Magnetic Car Vent Mount Pro with MagSafe beside Apple's patent figure. Is Apple going to compete with Belkin or did Apple license the invention to them?

Apple's patent FIG. 1 below illustrates an attachment device for securing a phone or other electronic device to a vehicle or other conveyance or location.

Attachment device #100 can further include stalk #130 which can terminate in grip #140, which can include slots #142 can allow the attachment device to attach to a surface or other structure in a vehicle, such as an air vent or elsewhere. The stalk can include a ball joint or other feature that can allow the contacting surface #110, and therefore a screen of an iPhone to tilt and rotate to different angles to facilitate viewing; FIGS. 24A and 24B show an example of rotational alignment. 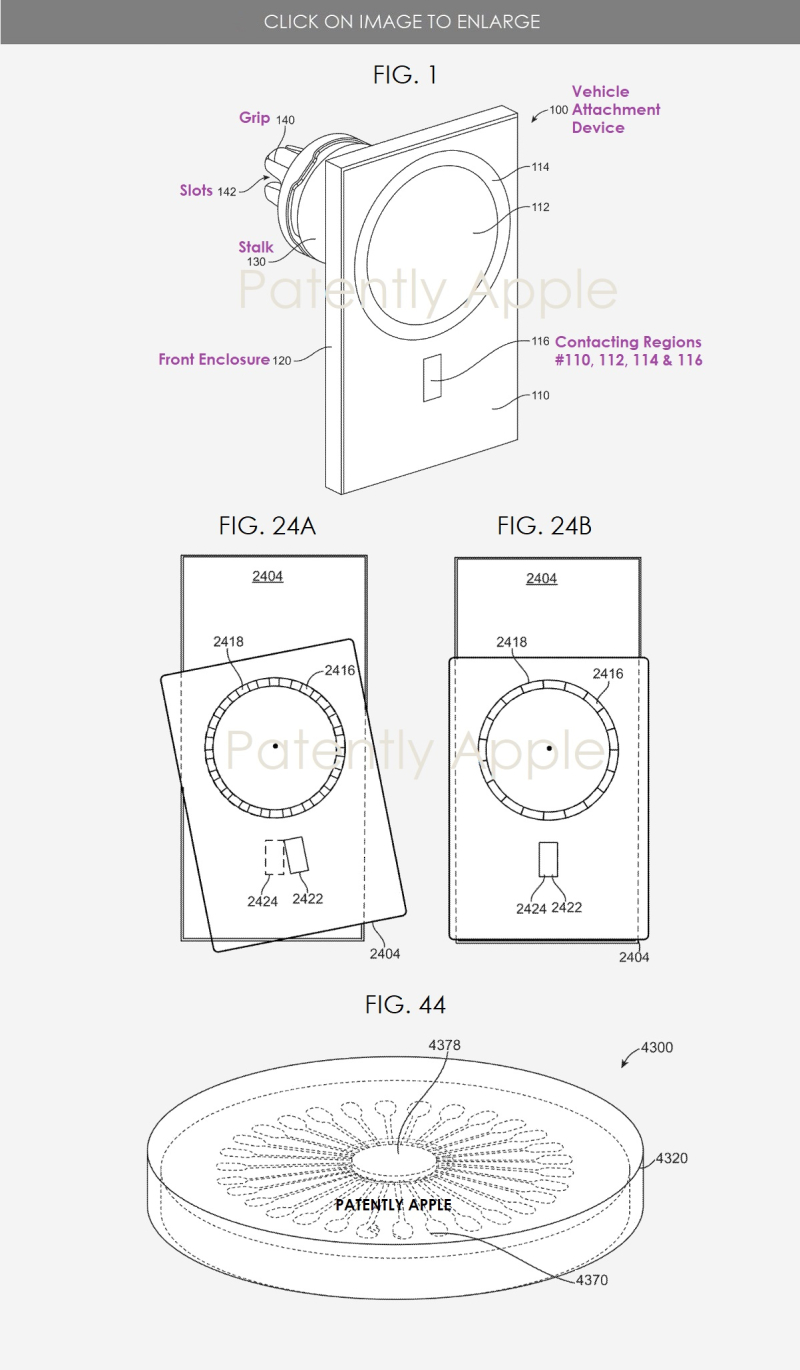 Apple's patent FIG. 44 above is a partially transparent view of a moving magnet structure.

Although the attachment device seems simple, Apple's patent application 20220045527 is extremely complex and detailed. You could review it in full here.

Today, the patent behind Apple's MagSafe Battery Pack or iPhone was published by the U.S. Patent Office. Below Apple's patent FIGS. 1A and FIG. 1B illustrate a battery pack along with photos of the actual Apple product. For patent details, see patent application 20220045398. 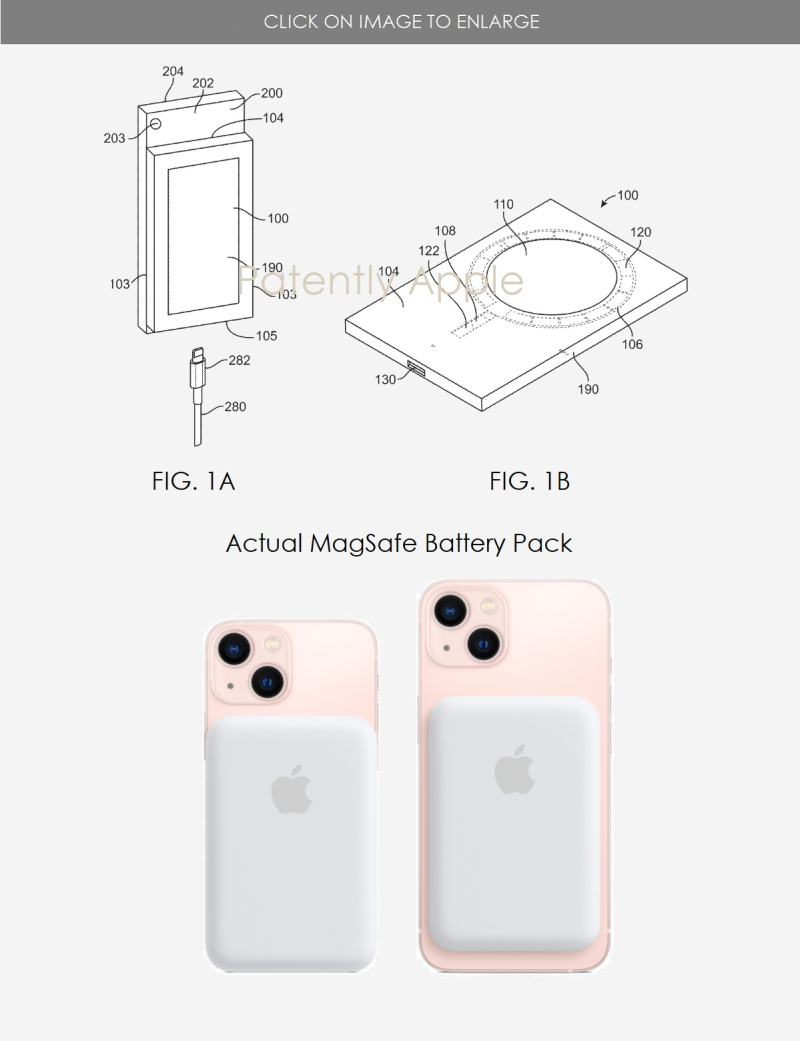