Home Archives Contact Us Subscribe Twitter Facebook Patently Mobile
Apple has been granted a Restraining Order against a Women who has been Stalking CEO Tim Cook
Brand Finance: Apple Retains the title of World's Most Valuable Brand with the Highest Brand Value Ever Recorded

Prior to Apple's First Quarter Conference Call tomorrow, Statistics show that Apple became the #1 Smartphone Brand in China in Q4 2021 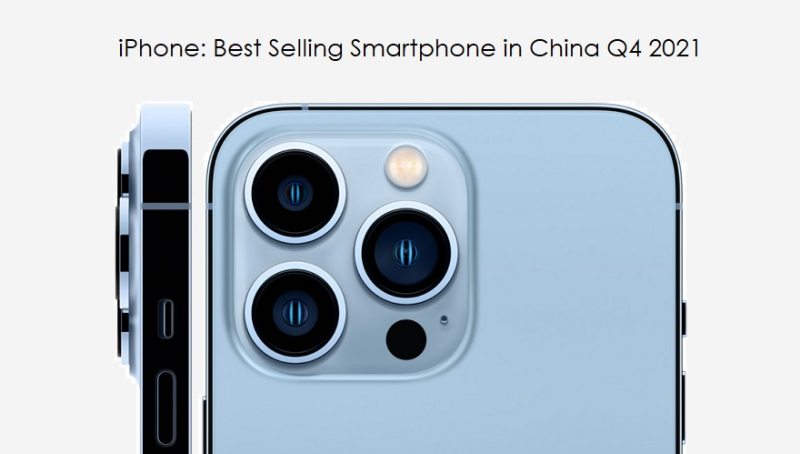 Apple, which is set to post quarterly earnings on Thursday, was buoyed by strong iPhone 13 sales globally, sales in China and continued growth in Mac shipments, several analysts told Reuters.

To back that up, a new report by Counterpoint claims that Apple has surpassed vivo in Q4 2021 to become the #1 brand in China after six years, when the iPhone 6 supercycle was at its peak. Q4 2021 also brought Apple its highest ever market share in China at 23%, according to Counterpoint Research’s Monthly Market Pulse Service. 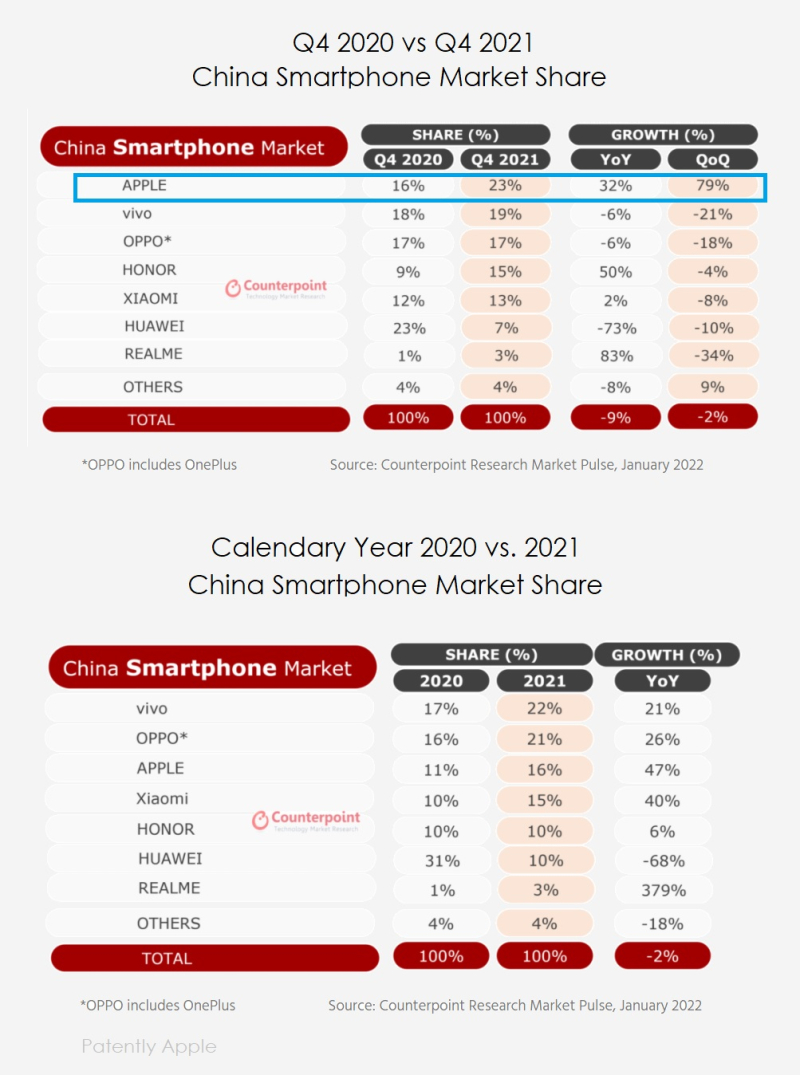 Commenting on the overall Chinese smartphone market, Senior Analyst Ivan Lam said, "The market in China continues to decline due to various factors in both the supply side and the demand side. Firstly, the ongoing component shortages are impacting shipments of all OEMs. Secondly, China’s average smartphone replacement cycle is becoming longer.

Research Analyst Mengmeng Zhang: "Apple’s stellar performance was driven by a mix of its pricing strategy and gain from Huawei’s premium base. Apple rose to first place in China right after the iPhone 13 was released (week 39) in September. Afterwards, it remained in the leading position for most of the fourth quarter. The new iPhone 13 has led the success due to a relatively lower starting price at its release in China, as well as the new camera and 5G features."

Apple’s success in the premium segment is an encouraging sign and will continue to motivate Chinese OEMs to strengthen their footprints in the segment. We expect the smartphone ASP to continue to rise in China as leading OEMs put more effort into increasing it to counter the decline in sales.

The year gone by also proved to be a milestone in terms of Chinese OEMs embracing advanced technology. vivo, OPPO and Xiaomi all launched self-developed chipsets to showcase their investments in semiconductors. OPPO and HONOR also launched foldable flagship models, with more mature designs and highly customized software, especially for Chinese users. Foldables bring a new form factor to the smartphone design. As foldables become more affordable, they are likely to drive some users to upgrade.

For more on this, read the full Counterpoint report.