In 2021, Apple Delivered the Highest Growth in PC's Year-over-Year and Solid Growth for Q4

A new IDC report this afternoon states that worldwide shipments of Traditional PCs (desktops, notebooks, and workstations) reached 92.7 million units during the fourth quarter of 2021 (4Q21), marking 1.0% growth over the same quarter in 2020. 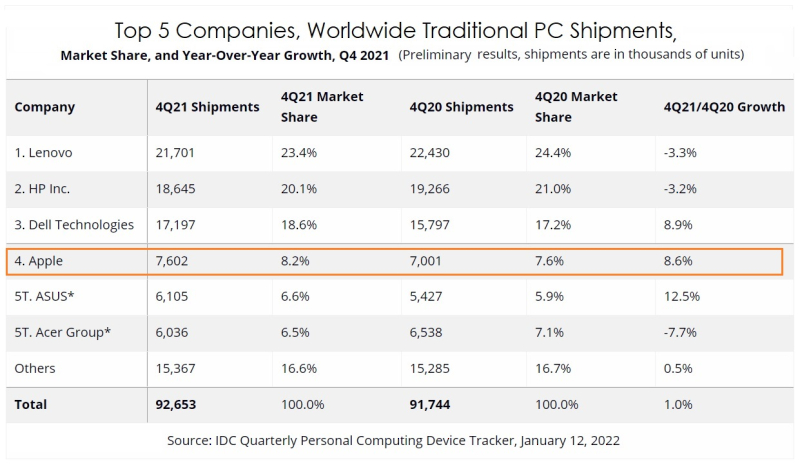 "2021 has truly been a return to form for the PC. Consumer need for PCs in emerging markets and global commercial demand remained strong during the quarter with supply being a gating factor. While consumer and educational demand has tapered in some developed markets, we continue to believe the overall PC market has reset at a much higher level than before the pandemic."

"A challenging logistical environment, coupled with ongoing supply-side shortages, meant that the PC market could have been even larger than it was in 2021. We closed the year with many buyers still waiting for their PC orders to ship. As we move through the first half of the year, we expect supply to remain constrained, especially with regards to the commercial segment where demand is the most robust."

The chart below shows that Apple grew 22.1% Year-over-Year, the highest of all PC vendors. It's safe to claim that Apple's stellar growth was driven by their Macs with M1, M1 Pro and M1 Max processors. 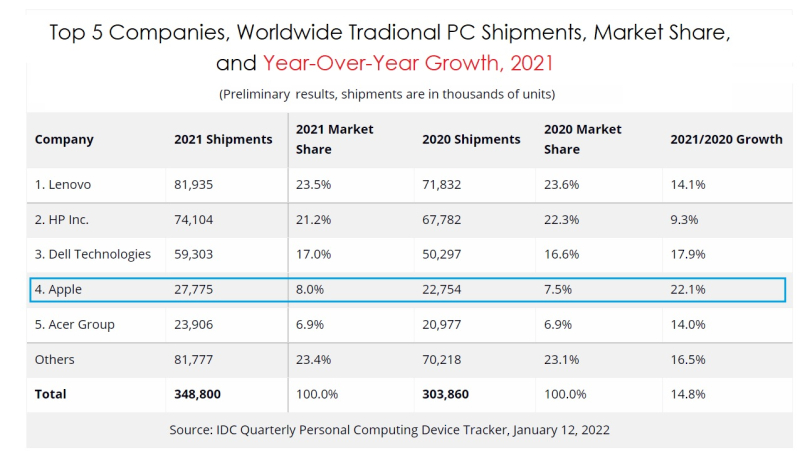