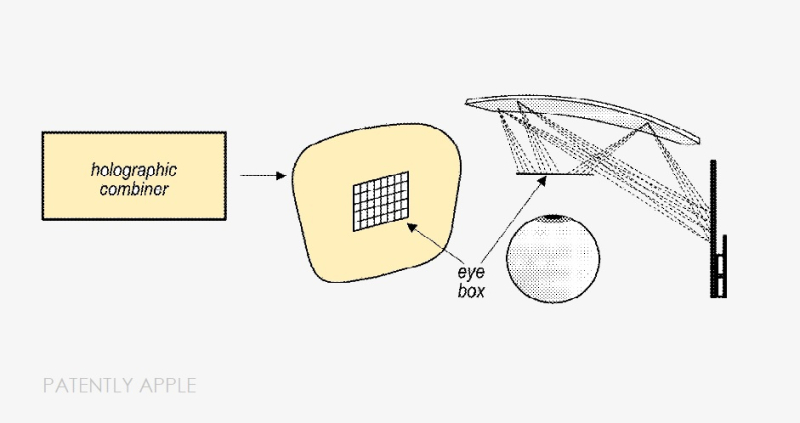 The U.S. Patent and Trademark Office officially published a series of 43 newly granted patents for Apple Inc. today. In this particular report we briefly cover Apple's technology in regards to their future headsets (VR, MR, Glasses) with a Direct Retinal Projector System and Reflective Holographic Combiner and more. And as always, we wrap up this week's granted patent report with our traditional listing of the remaining granted patents that were issued to Apple today.

Apple's granted patent covers various embodiments of an augmented reality (AR), and/or mixed reality (MR) direct retinal projector system that may include an AR headset (e.g., a helmet, goggles, or glasses) that uses a reflective holographic combiner to direct light from a light engine into the user's eye, while also transmitting light from the user's environment to thus provide an augmented view of reality.

The holographic combiner and light engine may be arranged to separately project light fields with different fields of view and resolution that optimize performance, system complexity and efficiency, so as to match the visual acuity of the eye.

In some embodiments, the light engine may include at least one focusing element (e.g., optical lens, holographic lens, etc.) for each projector to focus emitted light beams such that, once reflected off the holographic combiner, the light is substantially collimated when it enters the subject's eye. The required focal surface may be complicated by the astigmatism of the holographic combiner, but is a curved surface in front of the combiner. The ideal focal surface is different for different eye box positions, and errors may lead to less collimated output.

Apple's patent FIG. 5 below illustrates an augmented reality (AR) system that uses a reflective holographic combiner to direct light from a light engine into a subject's eye, while also transmitting light from the environment to the subject's eye. 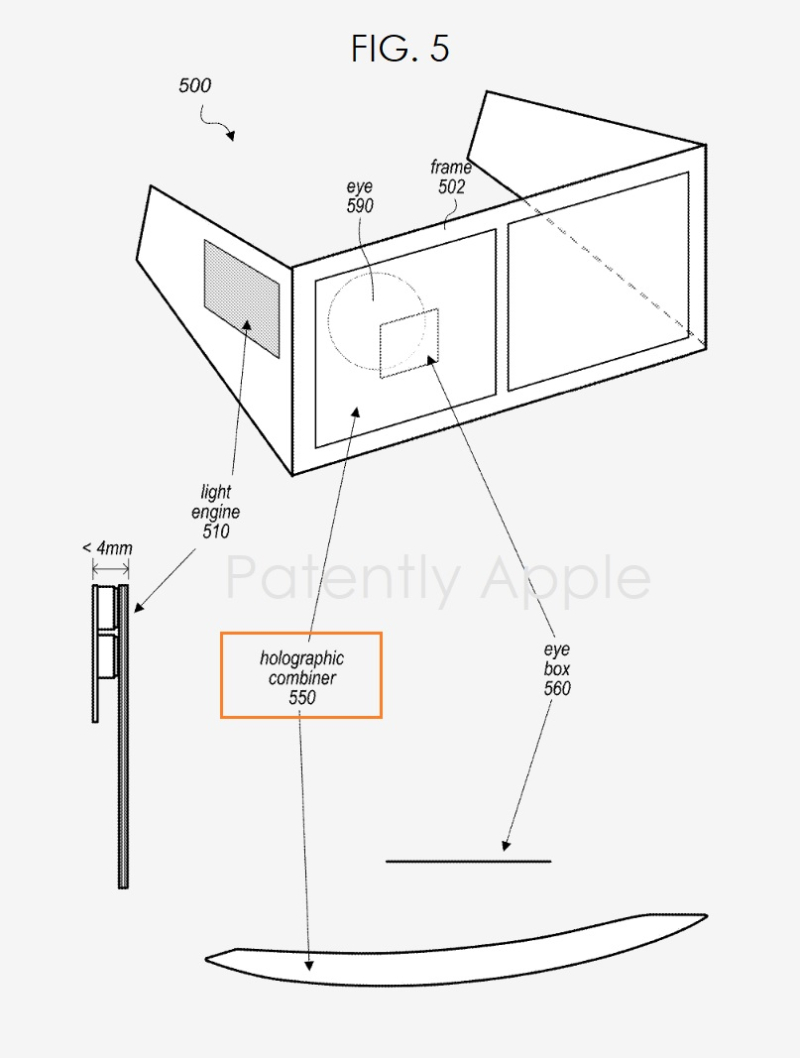 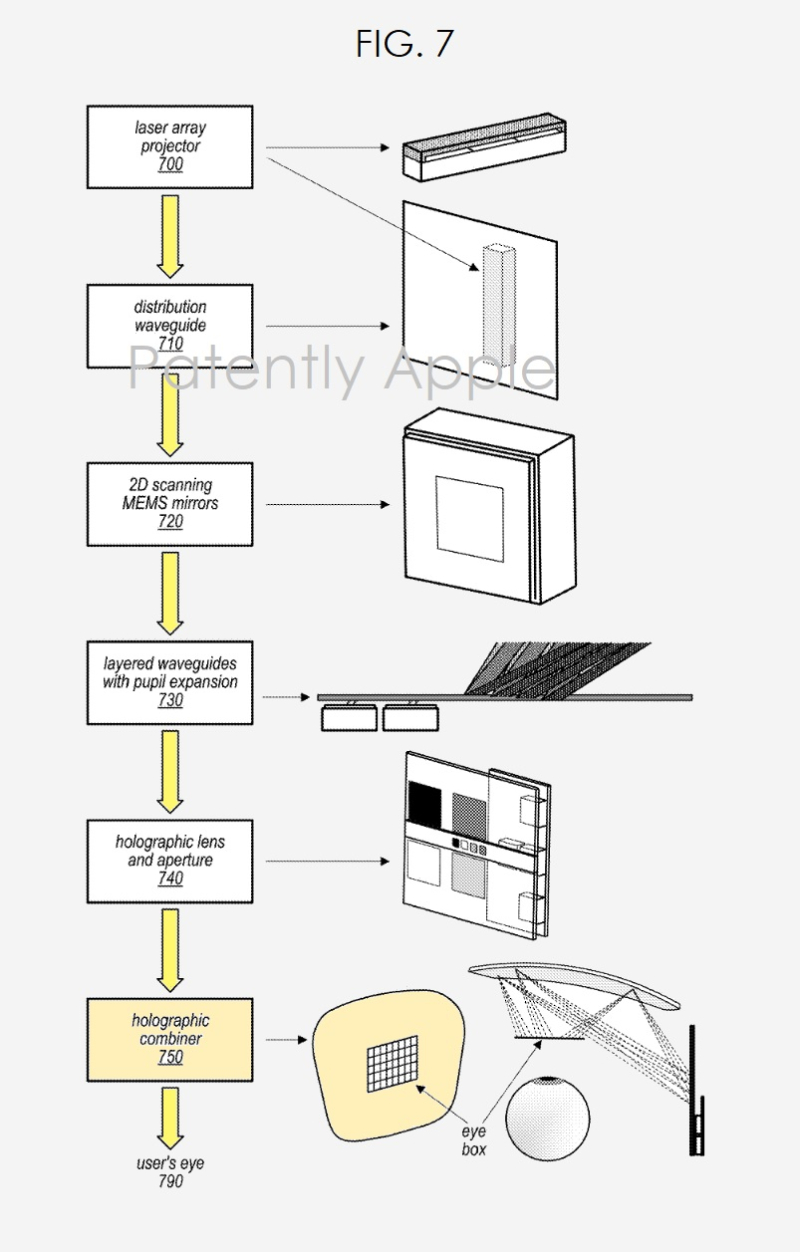 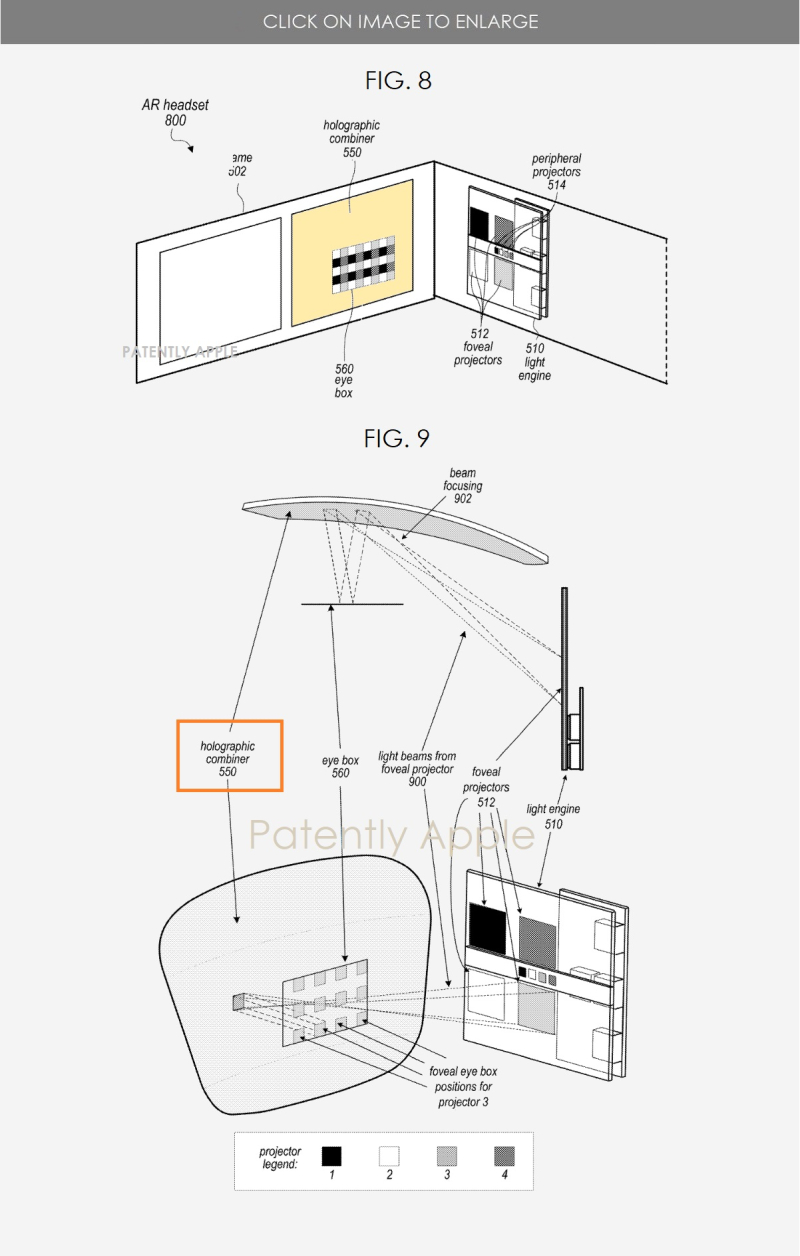 Apple's patent FIG. 27 below illustrates a best fit focus curve and a focusing element for foveal projections in an AR system. 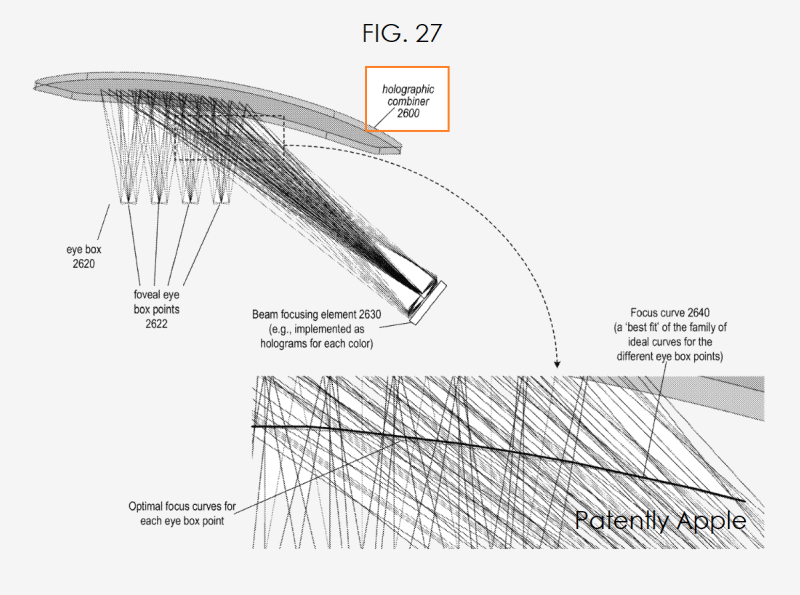 Alexander Shpunt: Distinguished Engineer. Was the CTO & Founder of PrimeSense that Apple acquired in 2013. 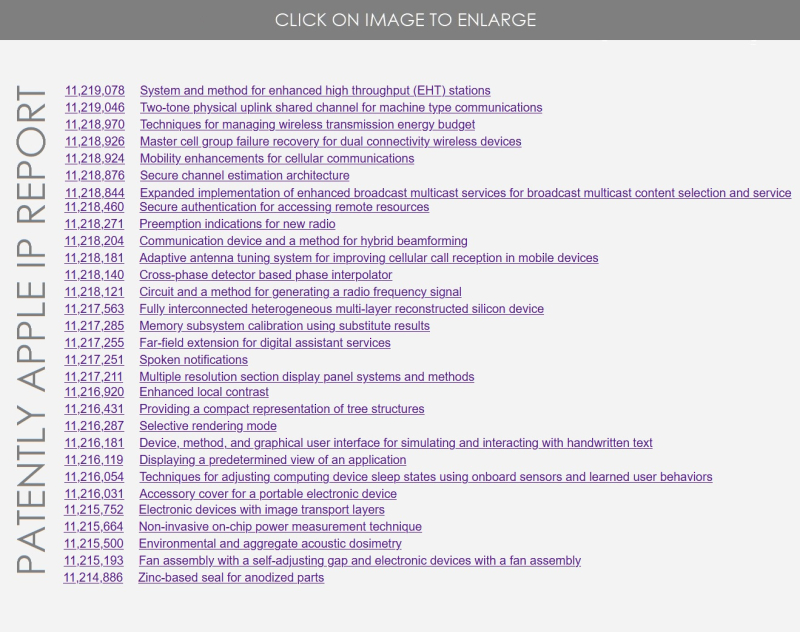