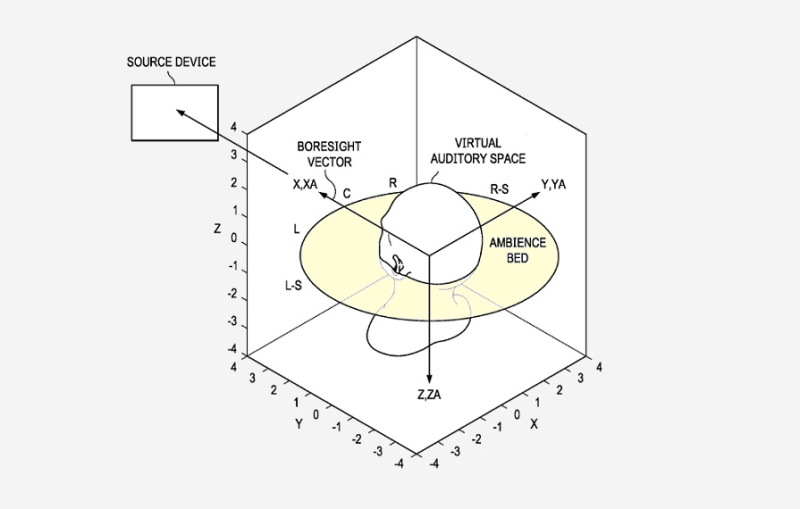 Apple is prioritizing Spatial Audio to be available on AirPods Pro, AirPods Max and their future audio systems for a Mixed Reality Headset and more. Spatial audio with dynamic head tracking gives users a theater‑like experience for movies and shows, with sound that surrounds them. Using built-in gyroscopes and accelerometers, AirPods Max and your iPhone, iPad, Mac, or Apple TV track the subtle motion of your head, anchoring sounds to your device. Today the US Patent & Trademark Office published a series of seven major Apple patent applications relating to Spatial Audio that deeply details the science of head motion detection, user posture detection and much more.

Spatial audio creates a three-dimensional (3D) virtual auditory space that allows a user wearing a headset to pinpoint where a sound source is located in the 3D virtual auditory space, while watching a movie, playing a video game or interacting with augmented reality (AR) content on a source device (e.g., a computer screen). Existing spatial audio platforms include a head pose tracker that uses a video camera to track the head pose of a user. If the source device is a mobile device (e.g., smartphone, tablet computer), then the source device and the headset are free to move relative to each other, which may adversely impact the user's perception of the 3D spatial audio. 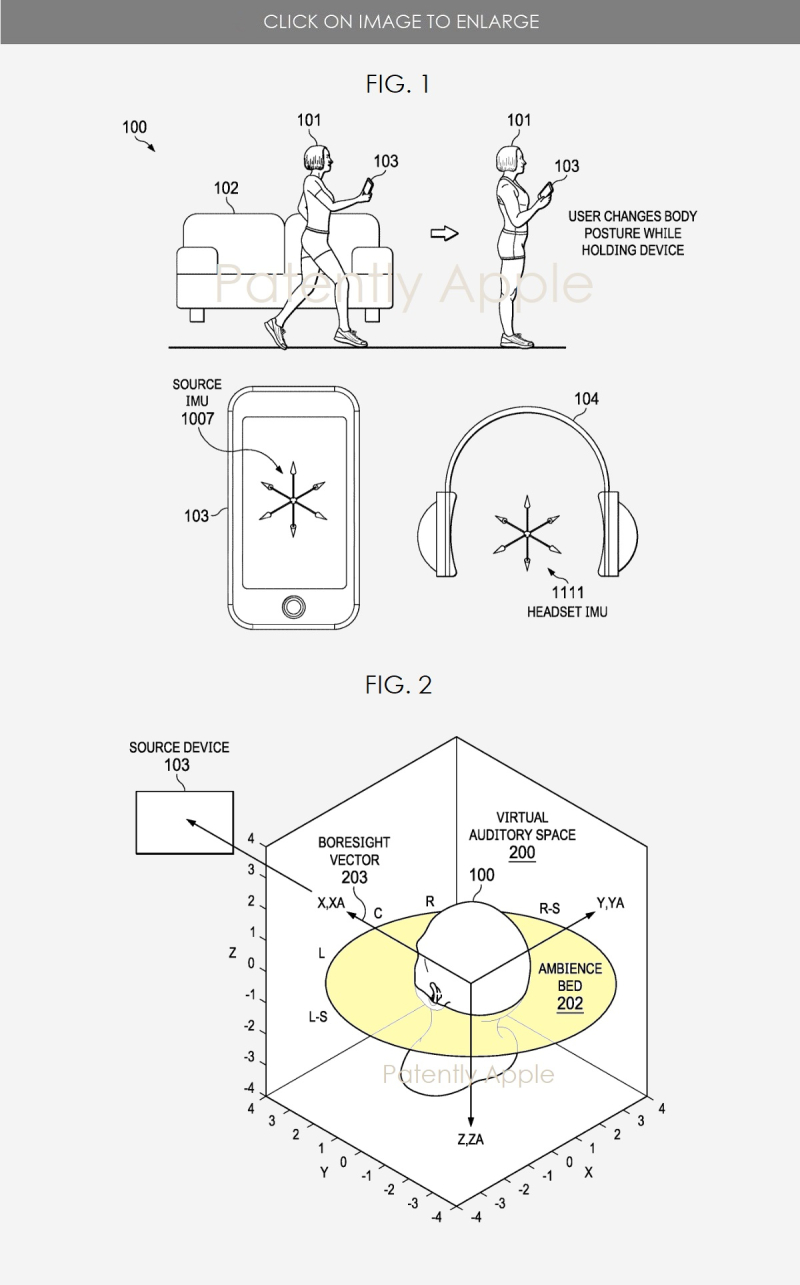 More specifically, patent FIG. 1 above illustrates an example user posture change event, according to an embodiment. In the example shown, the user (#101) is viewing a visual portion of AV content displayed on source device (#103) while sitting on a couch (#102). The user is wearing a headset #104 that is wirelessly coupled to source device #103. The headset includes stereo loudspeakers that output rendered spatial audio (e.g., binaural rendered audio) content generated by source device. A user posture change event occurs when the user stands up from a seated position on the couch and begins walking with the source device in their hands while still viewing the content displayed on source device.

When source device is moved or rotated, the motion sensors detect the motion. The outputs of IMU are processed into rotation and acceleration data in an inertial reference frame. In an embodiment, the source device outputs AV content, including but not limited to augmented reality (AR), virtual reality (VR) and immersive video content. The source device also includes an audio rendering engine (e.g., a binaural rendering engine) that simulates the main audio cues humans use to localize sounds including interaural time differences, interaural level differences, and spectral filtering done by the outer ears.

Spatial Audio Patent #3 (20210396779): "User Posture Transition Detection and Classification."  Apple's patent FIG. 1 below is a block diagram of a system for user posture detection and classification; FIG. 2 illustrates the biomechanics of a sit-to-stand posture transition. 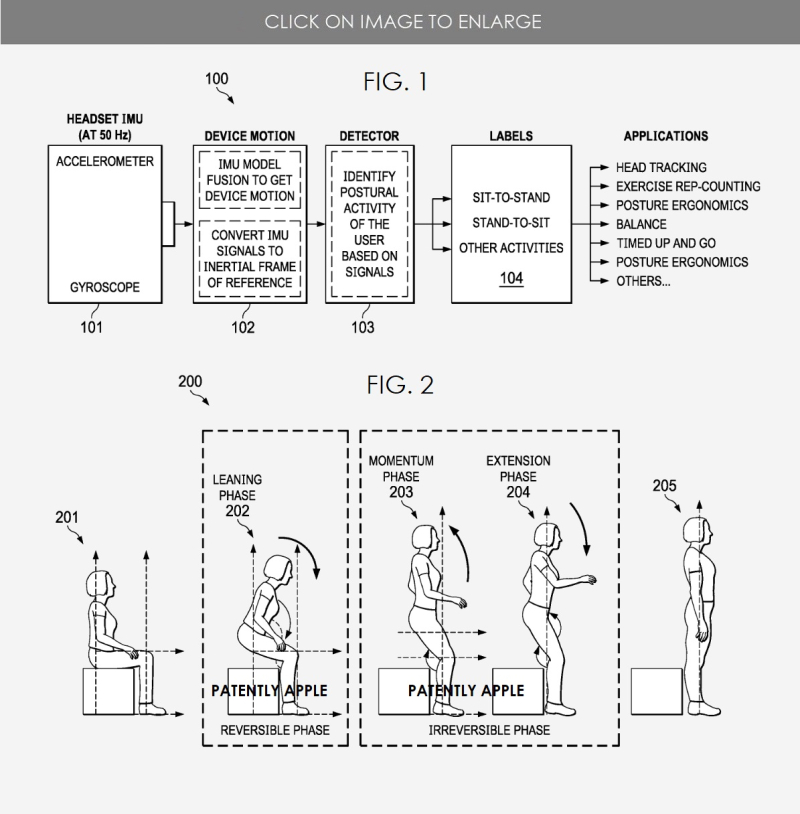 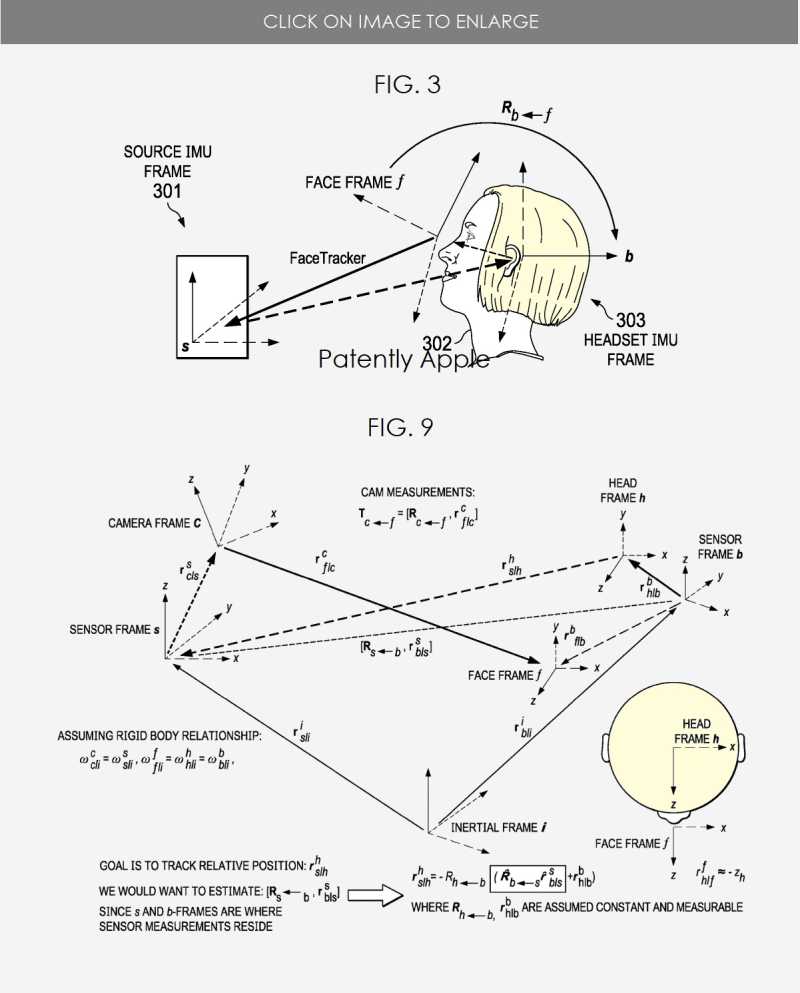 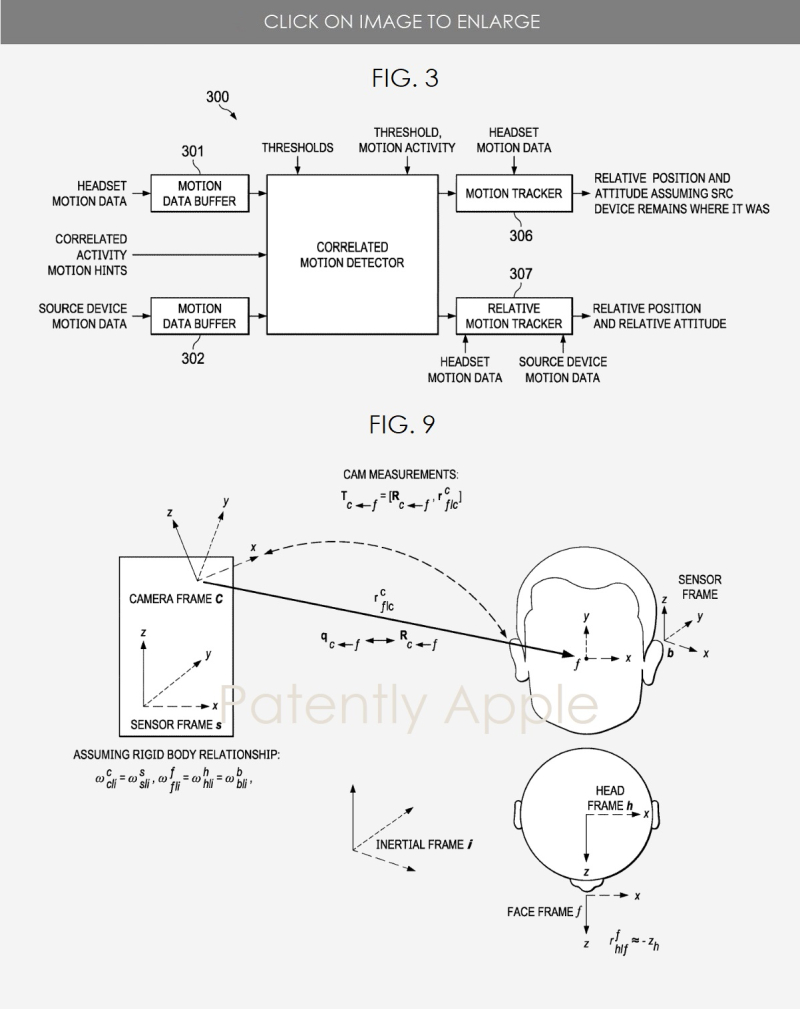 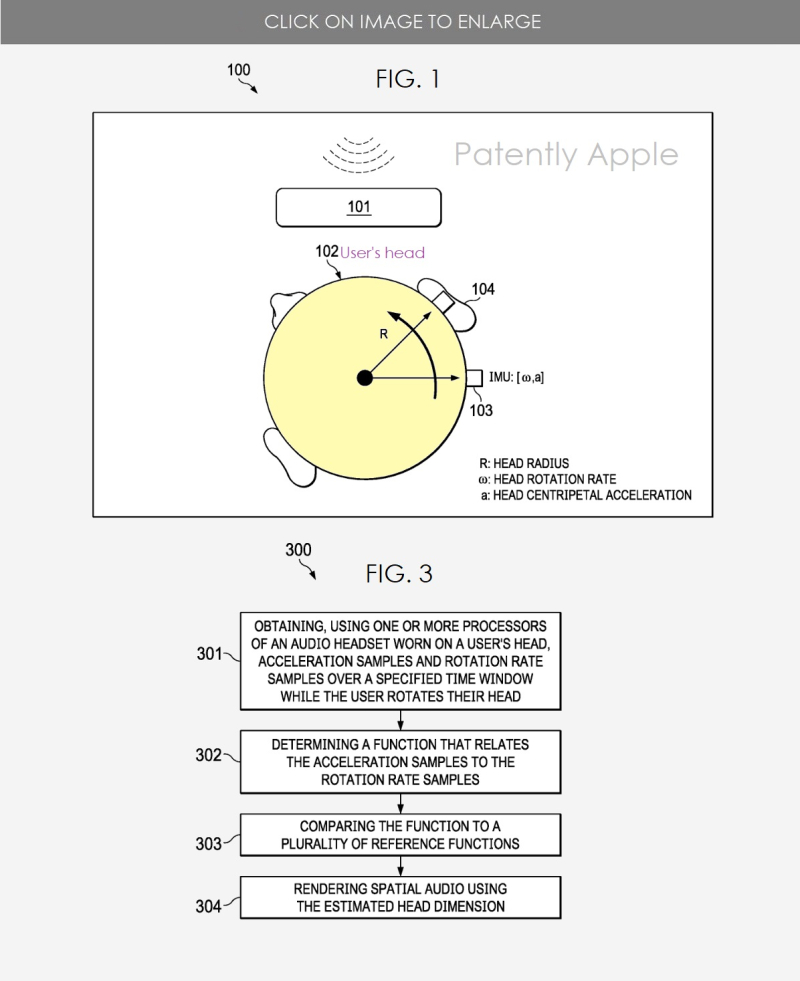 Apple's Spatial Audio Patent #7 (20210398545): "Binaural Room Impulse Response for Spatial Audio Reproduction." Apple's patent FIG. 1 below illustrates a system and method for rendering spatial audio; FIG. 2A and 2B show an example of a sound source and reflection. 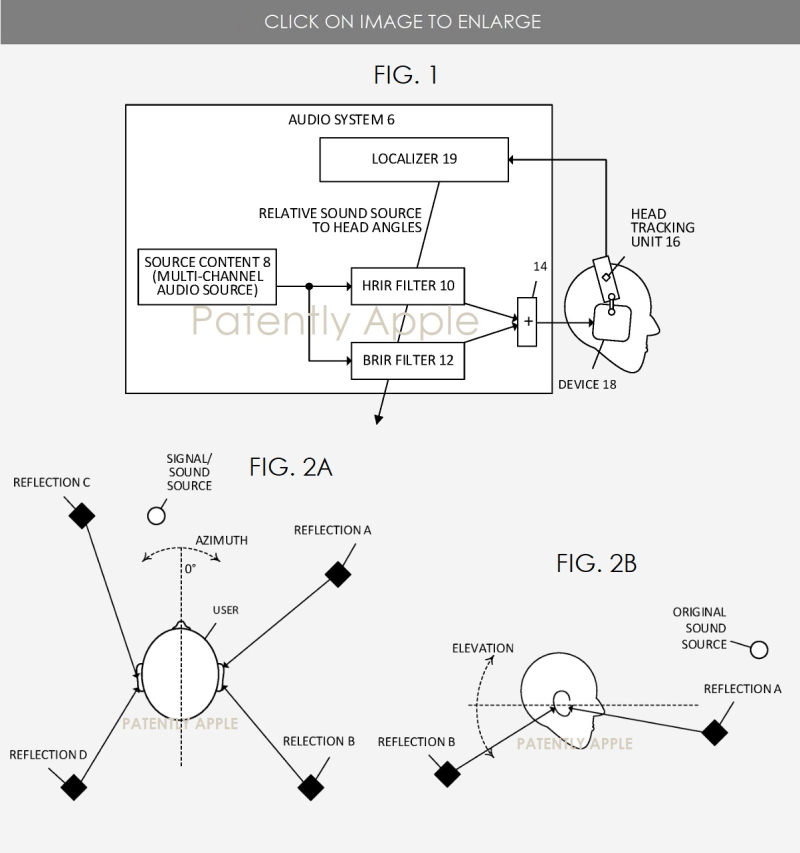