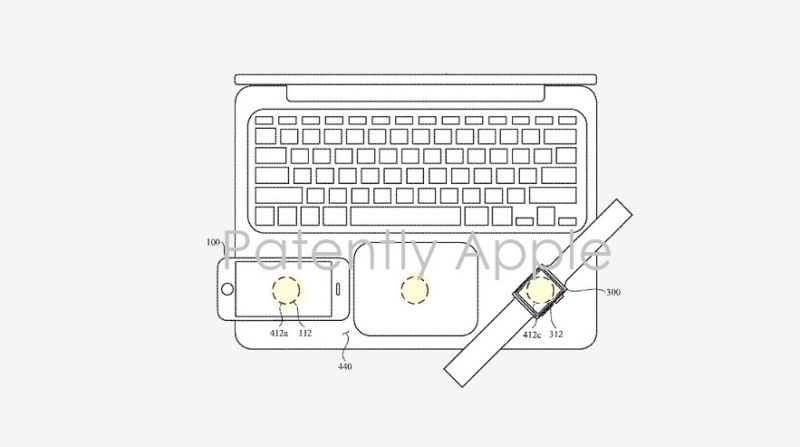 This has turned out to be a very active week regarding news and patents regarding future reverse charging. It began with a rumor report from a Mark Gurman (Bloomberg) report that we covered on Monday that Apple was still actively working on reverse charging and possibly their AirPower mat. Then on Tuesday Apple was granted a patent for reverse wireless charging. Today the US Patent & Trademark Office published a new patent application from Apple that yes, relates to wireless reverse charging and more.

The first device may therefore communicate with the second device using in-band communication packets that are relayed by at least one intervening device. Each device in the wireless power system may maintain a list of all other devices in the network. Each other device in the network may be assigned a respective address that is indicative of the inductive coupling path to that device.

Apple's patent FIG. 1 below is a schematic diagram of an illustrative wireless power system. 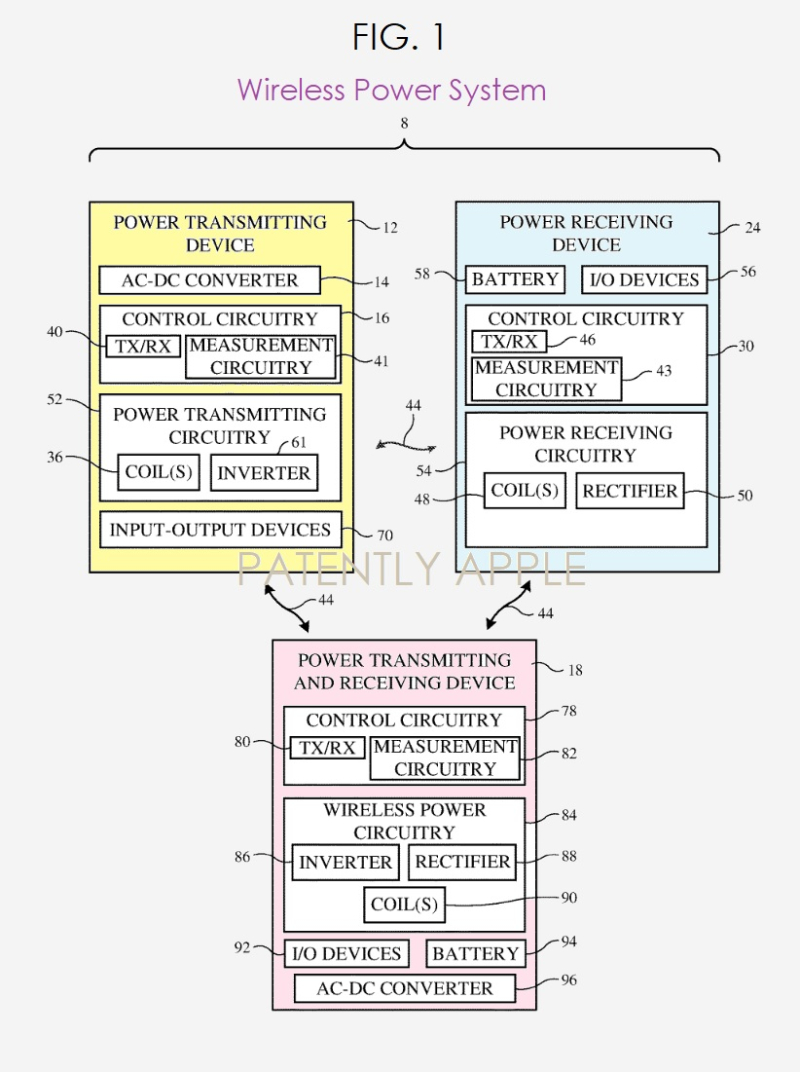 Apple's patent FIG. 5 below is a flowchart showing illustrative operations involved in a network discovery process for a wireless power system. 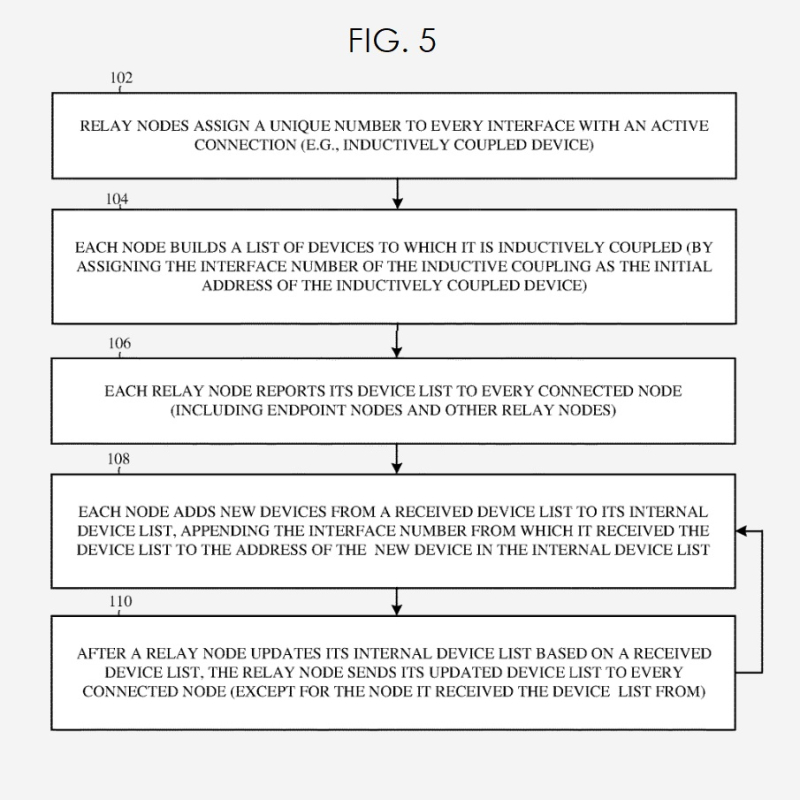