Home Archives Contact Us Subscribe Twitter Facebook Patently Mobile
In Q3-21 Apple was the Driving Force in the Wearable's Market for the Middle East, Turkey and Africa (META)
TSMC's top ten customers have been revealed with Apple coming in at number one and accounting for a Quarter of their Revenue 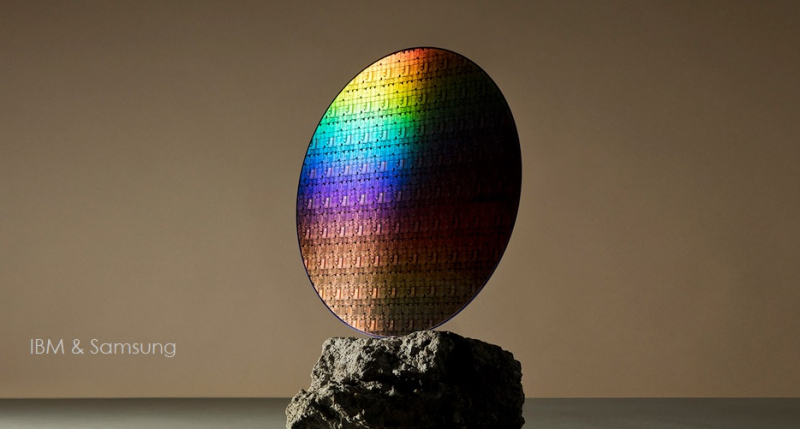 From GAAFET to MBCFET, from nanowire to nanosheet, it can be regarded as a leap from two-dimensional to three-dimensional, which can greatly improve circuit control and reduce leakage rate.

It stands to reason that TSMC's competition had to illustrate that their roadmap too was evolving and advancing and yesterday IBM and Samsung Electronics jointly announced a breakthrough of their own in semiconductor design utilizing a new vertical transistor architecture that demonstrates a path to scaling beyond nanosheet that has the potential to reduce energy usage by 85 percent compared to a scaled fin field-effect transistor (finFET).

Historically, transistors have been built to lie flat upon the surface of a semiconductor, with the electric current flowing laterally, or side-to-side, through them. With new Vertical Transport Field Effect Transistors, or VTFET, IBM and Samsung have successfully implemented transistors that are built perpendicular to the surface of the chip with a vertical, or up-and-down, current flow.

The VTFET process addresses many barriers to performance and limitations to extend Moore's Law as chip designers attempt to pack more transistors into a fixed space. It also influences the contact points for the transistors, allowing for greater current flow with less wasted energy. Overall, the new design aims to deliver a two times improvement in performance or an 85 percent reduction in energy use as compared to scaled finFET alternatives.

Recently, IBM announced the 2 nm chip technology breakthrough which will allow a chip to fit up to 50 billion transistors in a space the size of a fingernail. VTFET innovation focuses on a whole new dimension, which offers a pathway to the continuation of Moore's Law.

The new vertical transistor breakthrough could help the semiconductor industry continue its relentless journey to deliver significant improvements, including:

Dr. Mukesh Khare, Vice President, Hybrid Cloud and Systems, IBM Research: "Today's technology announcement is about challenging convention and rethinking how we continue to advance society and deliver new innovations that improve life, business and reduce our environmental impact. Given the constraints the industry is currently facing along multiple fronts, IBM and Samsung are demonstrating our commitment to joint innovation in semiconductor design and a shared pursuit of what we call 'hard tech."

The first chips using this new technology will be used in IBM servers. Neither IBM or Samsung provided a concrete roadmap for their next-gen chip using VTFET, likely in part due to the current chip shortage reality.

Yet without a roadmap, it makes the announcement more of a PR statement. Flashback to the 90's, I could remember the many promises of the PowerPC that IBM was supplying Apple with at the time. That processor was supposed to overtake Intel in performance. That never really happened and Apple eventually gave up and made the switch to Intel. So until this "breakthrough" is provable in consumer devices, it's not unreasonable to be a little skeptical.

With that said, the announcement that smartphone batteries could last a week or more is exactly what most consumers are waiting for – so you have to applaud IBM-Samsung's R&D and only hope that TSMC's future roadmap will finally get us to the promised land as well.