Home Archives Contact Us Subscribe Twitter MeWe Facebook Patently Mobile
Google Drops the Hammer: Employees must be vaccinated for COVID-19 by January 18 or a process of termination will begin
The 8-Part Heart-Pounding Drama Series 'Suspicion' with Uma Thurman is set to debut on Apple TV+ in early February 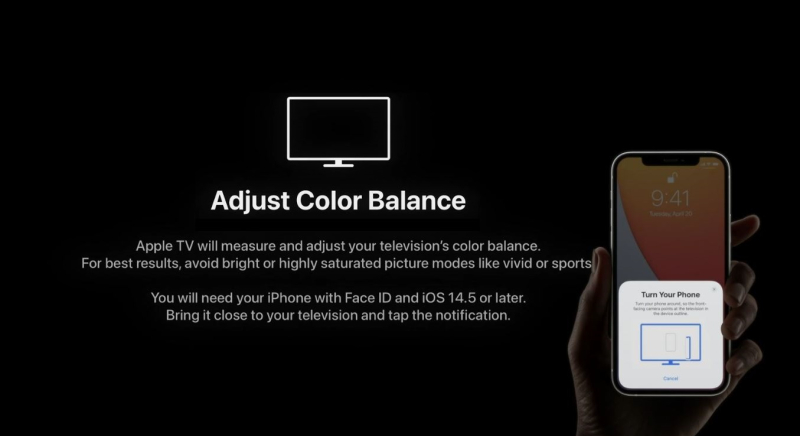 During Apple's April 20th Event that covered the new iMac, iPad Pro, iPhone 12 in purple and AirTag. Apple also introduced the new Apple TV 4K and one of the new features introduced was the ability to "Adjust Color Balance" on your TV in a very innovative way as presented below by Cindy Lin, Director Management Media Products Engineering at Apple.

Last week the US Patent & Trademark Office published a patent application from Apple titled "Adjusting Signal Settings for a Display Using a Light Sensor" which covered all of the technicalities behind the new Apple TV "Adjust Color Balance" feature.

Apple's patent states that a mobile computing device may participate in the calibration of an output signal of a media device. This calibration process includes storing device-specific calibration data which is related to properties of a light sensor of the mobile device. The mobile device then detects properties of light emitted by the display device during a presentation to obtain sensor values related to light emitted by the display device during the presentation.

Apple's patent FIG. 1A below is a block diagram of example system #100 for adjusting an output signal #120 from a media device (iPhone #112) to a display device (your TV #116). In some embodiments, the system may include a network (#124) for connecting any of the various devices in system. 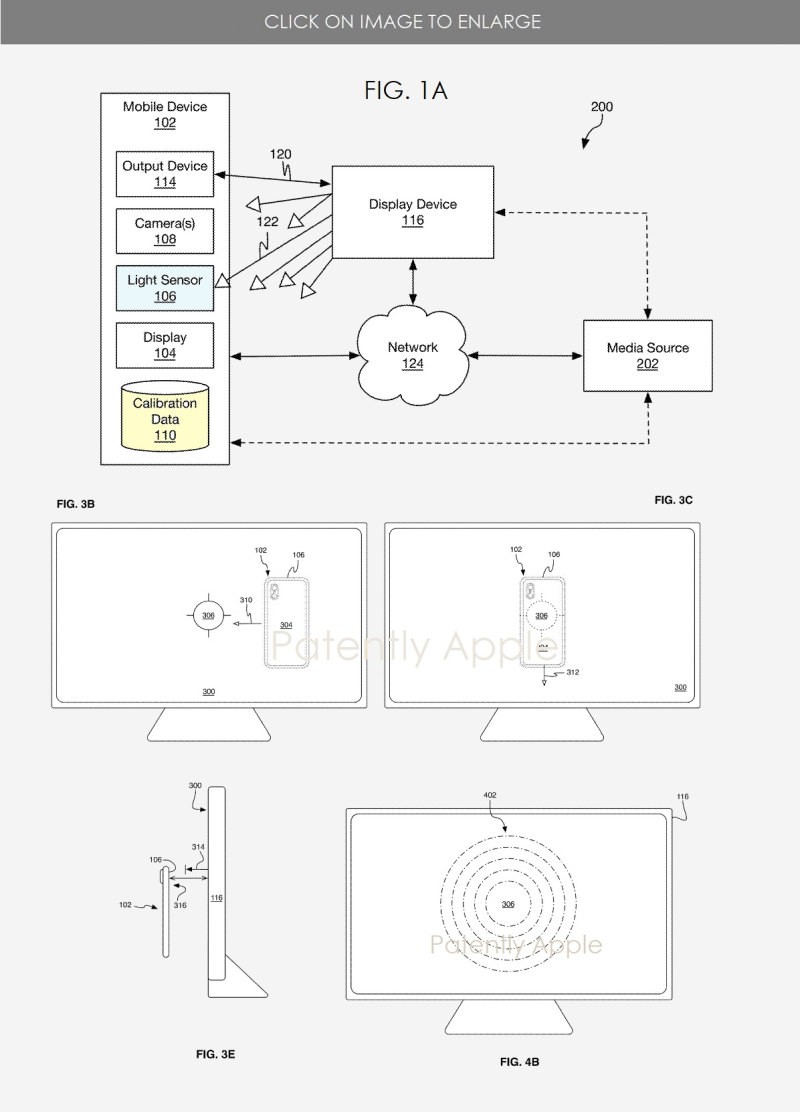 Apple's patent FIGS. 3B, 3C and 3E illustrate aligning a light sensor relative to a preferred location on the user's TV; FIG. 4B shows an example pattern (#402) that shows a set of concentric shapes (here they are shown as ovals or circles) that are centered on preferred location #306 on the TV. According to an approach, the lines which form the concentric shapes in the pattern may pulse, flash, increase in thickness, decrease in thickness, change colors. The final product shown in the Apple video showed changing colors flashing as the calibration process was in progress.

Apple's patent FIG. 5 below is a flow diagram of example method #500 for adjusting an output signal provided to a display device. 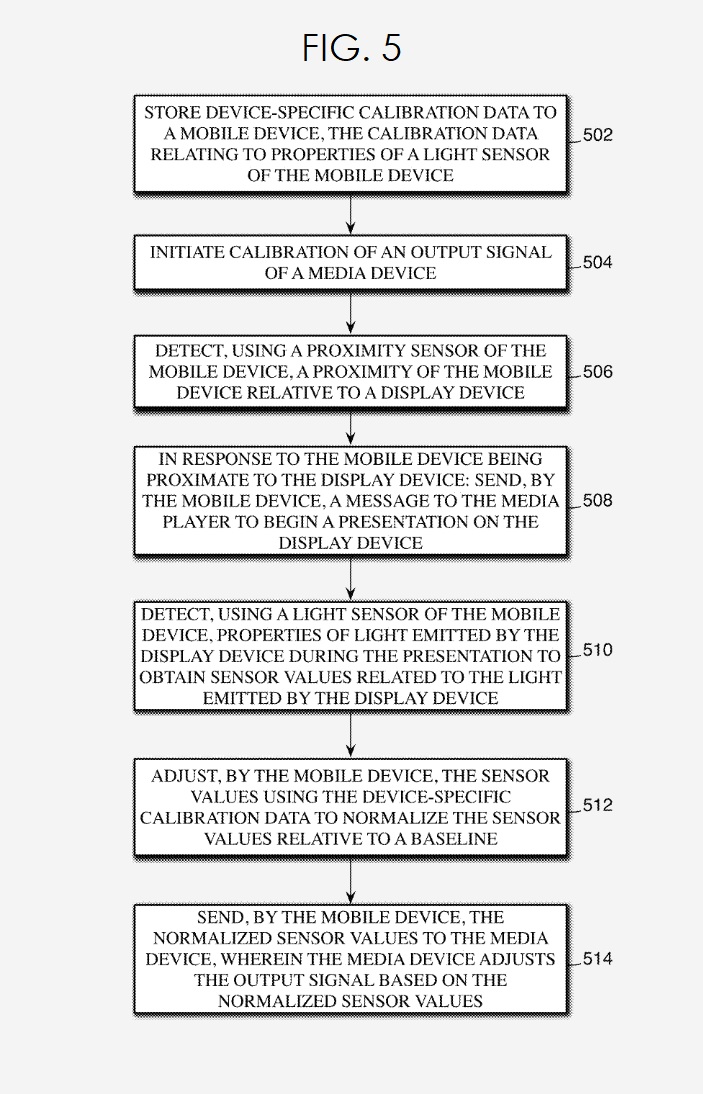 To get the nitty-gritty details behind Apple's "Adjust Color Balance" feature, see Apple's patent application number 20210383773. This is now a patent fulfilled. Apple's original filed this application in June 2020.