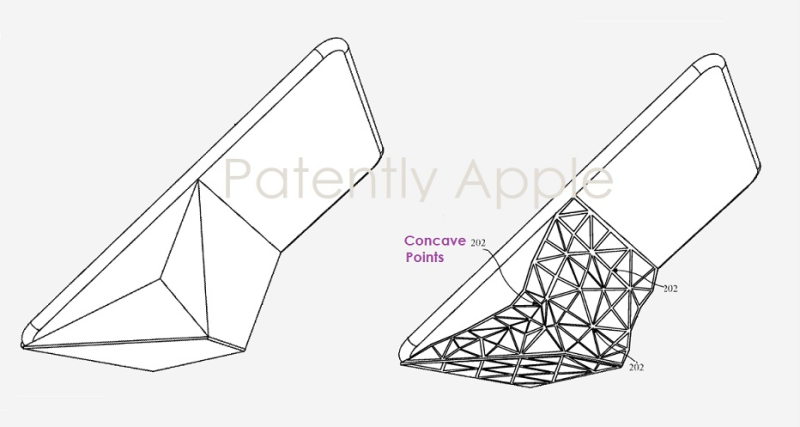 Today the U.S. Patent and Trademark Office officially granted Apple a patent that relates to device accessories that can have reconfigurable shapes and sizes. The main focus of the patent focuses in on possible next-gen iPad cover and Magic Keyboard accessories that contains magnetic elements that support the cover unfolding into a stand and/or a stand with a Keyboard.

Apple's granted patent reveals a possible next-gen iPad accessory that can be arranged into different forms and shapes so that the accessories can be customized in accordance with particular electronic devices.

The flexibility of the foldable panel allows the accessory to be used with the electronic devices in different ways to serve different purposes, depending on the circumstances.

In some cases, the structural elements can include magnets and/or an internal skeleton that help retain the foldable panel in one or more folded configurations – as presented in the patent FIGS. 1, 2A and 2B. 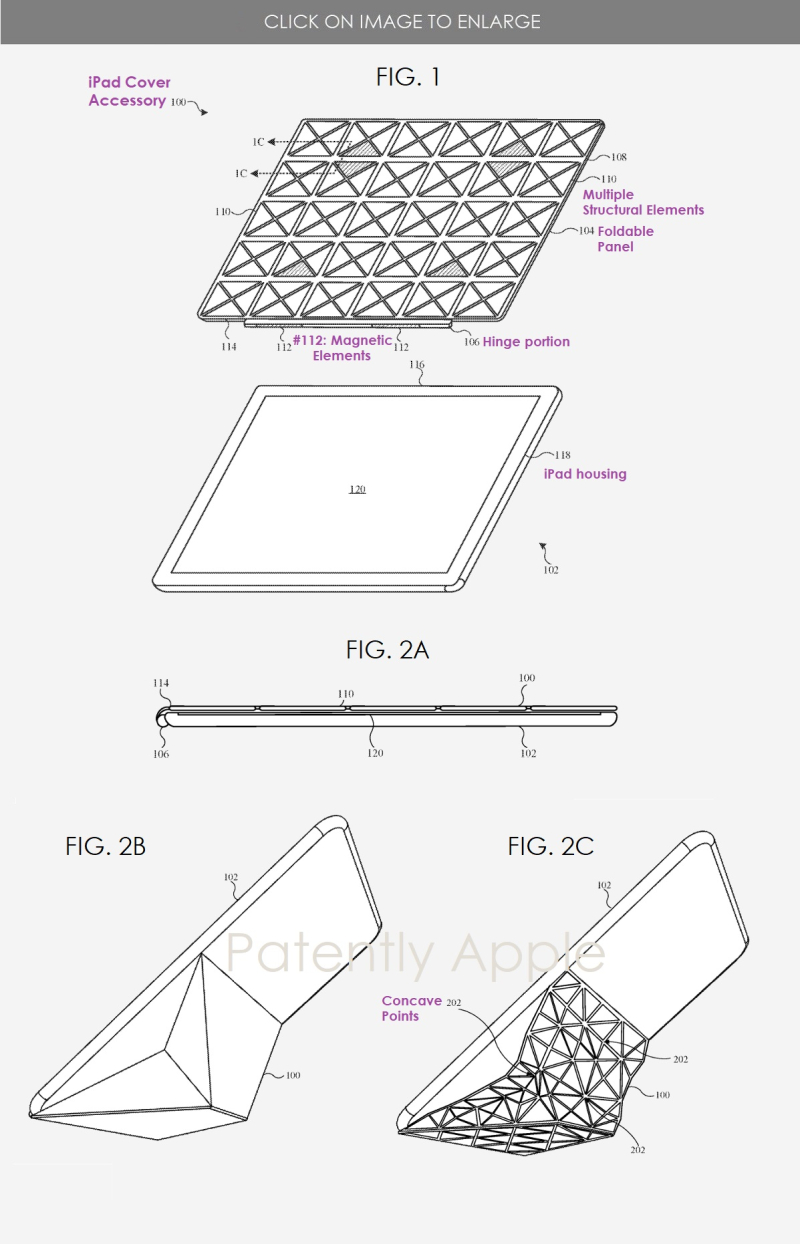 The patent FIGS. below illustrates a foldable iPad cover with an input panel that supports a keyboard and possibly a touch pad. 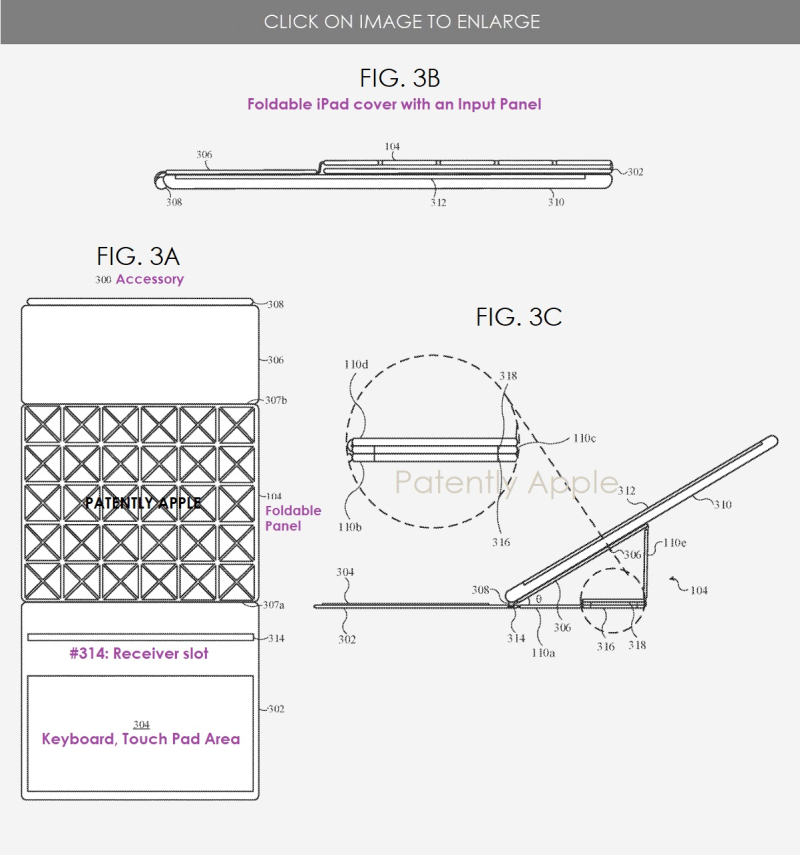 In addition to providing protection and support to an electronic device, Apple notes that in some embodiments the iPad cover could also be a supplemental power storage system. For example, the structural elements of the foldable panel can be power storage units to supply power to input device and/or to electronic device.

For more details, review Apple's granted patent 11,209,870. One of the inventors is Chiachi wu, Mechanical Engineer (13.5 years with Apple).