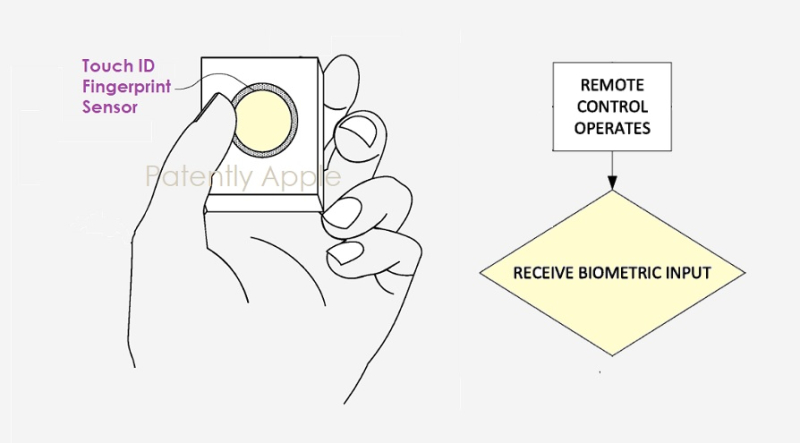 I don't know about you, but I hate using my Apple TV remote for entering my ID when renting a movie or two on the weekend. While using my iPhone to enter my ID is a little faster, ideally using Touch ID would simplify this process. Today the U.S. Patent and Trademark Office officially granted Apple a patent that relates to adding Touch ID to a future Apple TV remote or perhaps an all-new home automation remote covering television, home devices, doors, appliances and more. It's important to not get caught up in how a next-gen Apple TV remote looks as it's not a design patent, it's simply a utility patent conveying the delivery of a biometrics system being included with a remote.

Apple's patent FIG. 1 illustrates an Apple TV remote with a Touch ID button that collects biometric data wirelessly using one of many communication protocols such as infrared, visible light, sound, Wi-Fi, Bluetooth, near-field communication, power line transmission, radio and so forth; FIG. 4 is a flow chart illustrating a method of using biometric characteristics to operate limited access features of an electronic device. 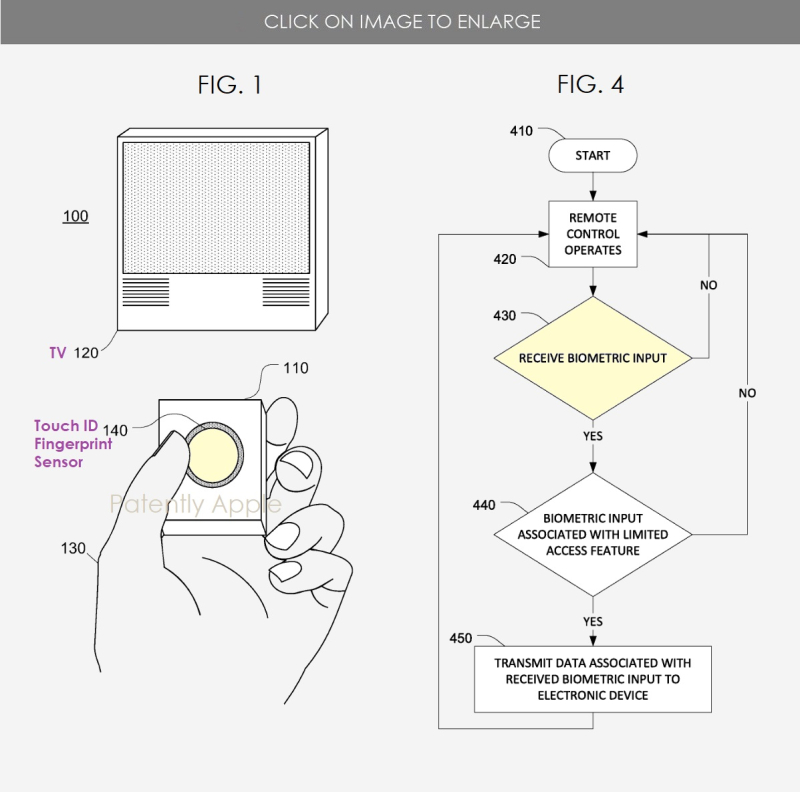 In other examples, more than one sensor and/or more than one sensor type may be used cooperatively to affirmatively identify a candidate user as an authorized user from multiple, separately measured, biometric characteristics. For example, in certain embodiments multiple fingerprint sensors may be used to identify a candidate user by multiple fingerprints.

For child and teen protection, parents will be able to lock out certain TV channels or internet sites with a second Touch ID sensor on the remote. Apple even envisions the day when just turning on kitchen appliances could require Touch ID.

Over time, Apple states that the biometric methodology for the remote could be different, such as using retinal or facial images, palm prints, gesture patterns, or even signatures (via Apple Pencil).