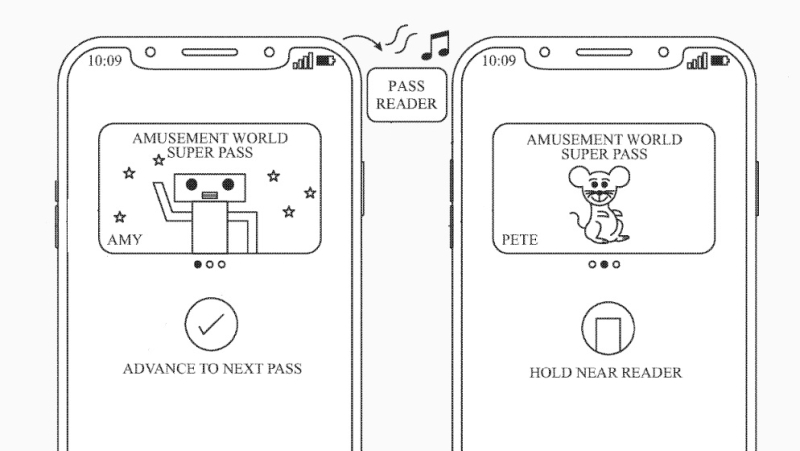 At WWDC 21, Apple's VP of Wallet and Apple Pay Jennifer Bailey described new features for iOS 15 related to Identity Cards and Hotel Keys with Walt Disney World shown as one of many new partners. Yesterday two new Apple patents were published by the US Patent & Trademark Office that describe "Sharing and using Passes or Accounts." A key portion of Apple's patent was dedicated to an "Amusement World" Super Pass that would definitely be aiming for Walt Disney World (and other venues) in the next phase of Apple Wallet.

Apple's patent FIGS. in the "6" series below illustrate exemplary user interfaces for sharing one or more passes to an amusement park. 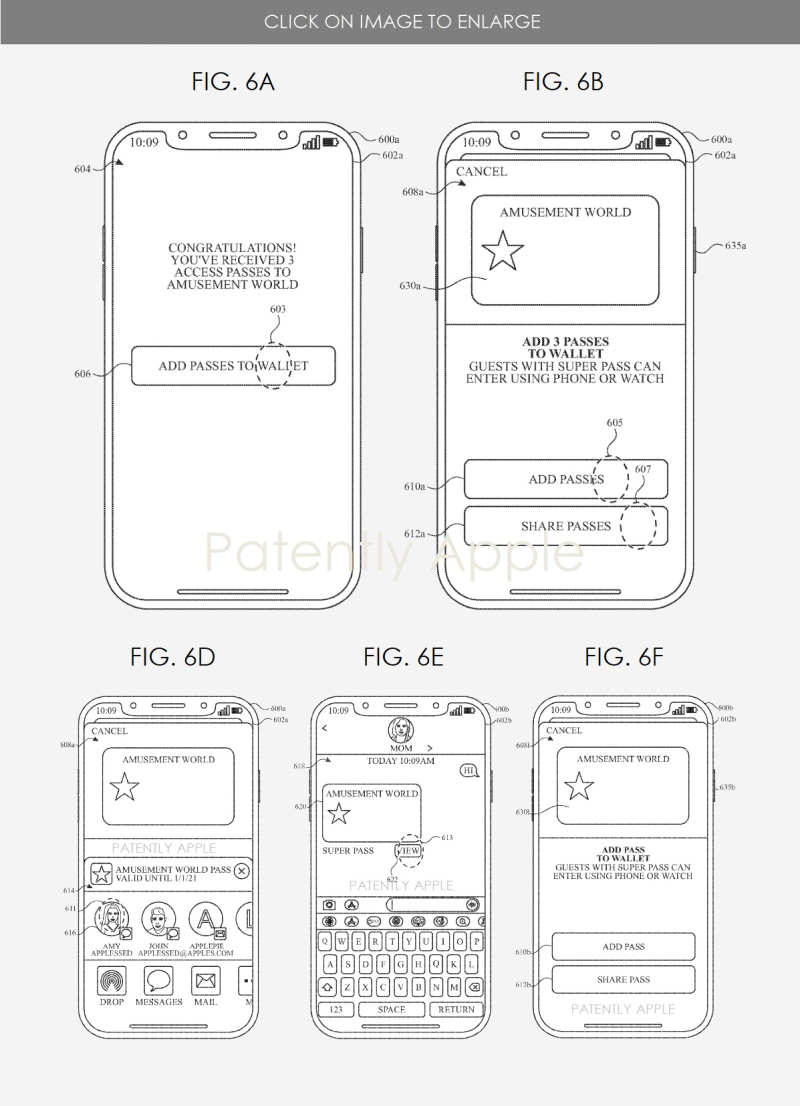 More specifically, Apple notes that FIG. 6A above illustrates an iPhone (device #600a) with a user interface which includes information about three passes associated with a service provider, named Amusement World (e.g., an amusement park). In some embodiments, a pass is a digital pass that includes data that can be transmitted (e.g., to a pass reader terminal) to use or redeem the pass. In some embodiments, the service provider is a business that provides access to a service (e.g., an amusement park, a concert venue, and/or a merchant with memberships).

Apple's patent FIGS. 8A-C below illustrate exemplary user interfaces for providing a prompt to a user to provide authorization. 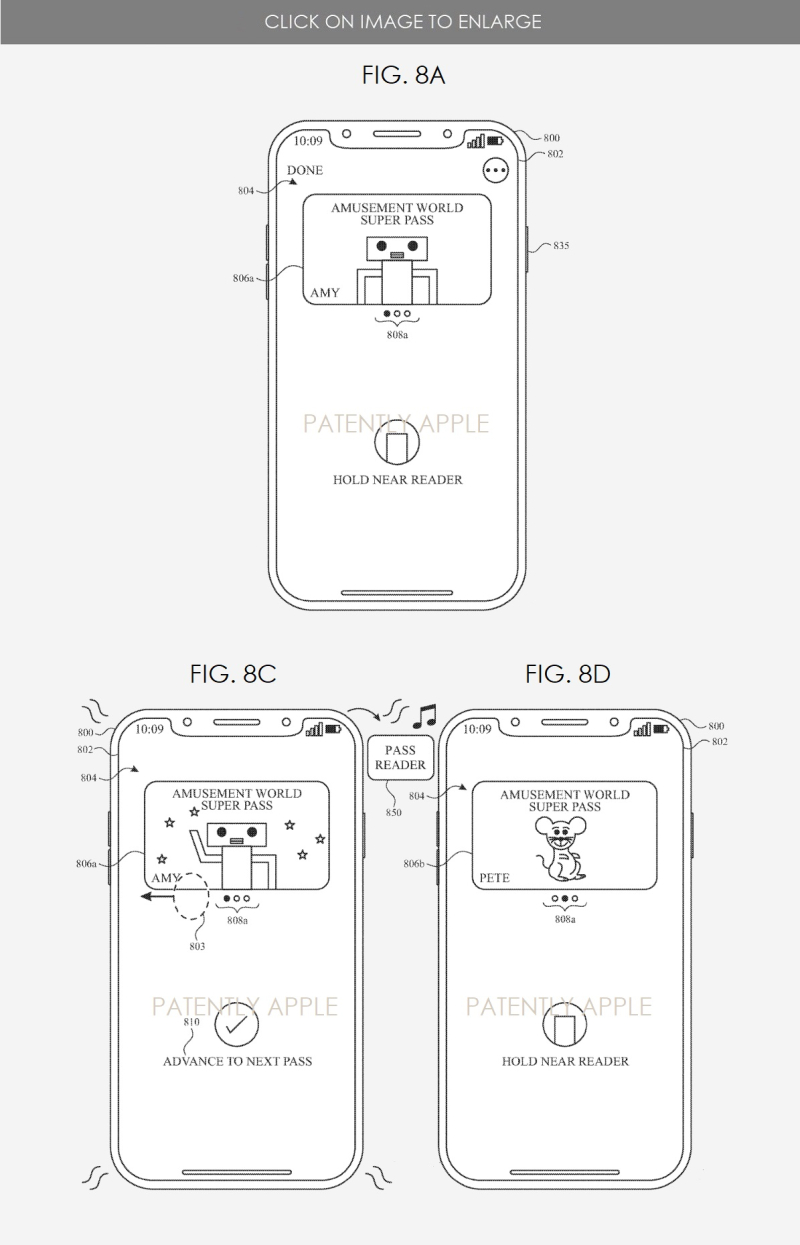 Apple's two patent applications titled "Sharing and using Passes or Accounts (20210373745 and 20210373744) and deeply detailed with dozens of patent figures to review.

In total there were six Apple Pay related patents published yesterday. The first four Apple Pay, Apple ID patents were listed in our report posted yesterday titled "Apple files a new Digital ID System patent that focuses on allowing a user to Share their Credential Information on a Second Device."

The first patents were primarily focused on "Secure Sharing of Credential Information," while the other two patents referred to in this report covers "Sharing and using Passes or Accounts."