On November 18 Patently Apple posted a report titled "Apple appears to be accelerating Project Titan and reportedly Aiming to develop a high-end autonomous vehicle." In order to do that, Apple will be relying on advanced Lidar (an acronym for: Light Detection and Ranging). Yesterday the US Patent & Trademark Office published a patent application from Apple titled "Enabling Lidar Detection."

Below is a general video about how Lidar works for Google's Waymo that uses "LiDAR" which sends out millions of laser beams per second to build a detailed picture of the world all 360 degrees around it. Their vehicles also use radar to detect how far away object are and their speed. Radar is also described in Apple's latest patent. The video is to assist those unfamiliar with Lidar to understand what Apple's patent is about in respect to their autonomous vehicle project known as Project Titan.

Apple notes that roads or road signs include reflective materials, such as reflective paint or attachments, to improve their optical visibility by reflecting light. Lane markers generally include a reflective paint in addition to physical bumps to ensure that drivers can be made aware of the lane's outer bounds even in low-light situations. License plates on vehicles also include reflective materials to better illuminate the text on the license plate to be visible to other drivers, including police officers. 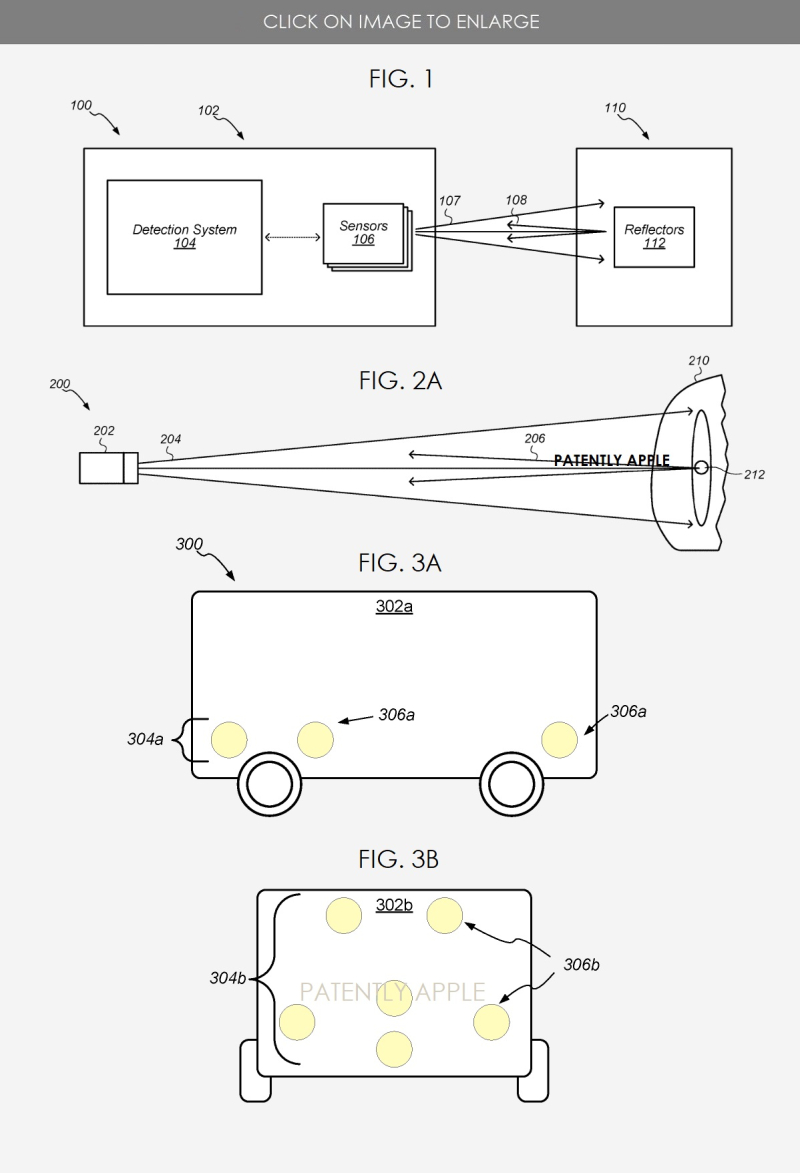 Apple's Micah P. Kalscheur is the sole inventor on this patent and is an Electro-Optical Engineer. I was unable to find a LinkedIn profile of Mr. Kalscheur, but he has been listed on a number of Apple patents. Below are just a few of them:

Granted patent 10712446: Remote sensing for detection and ranging of objects