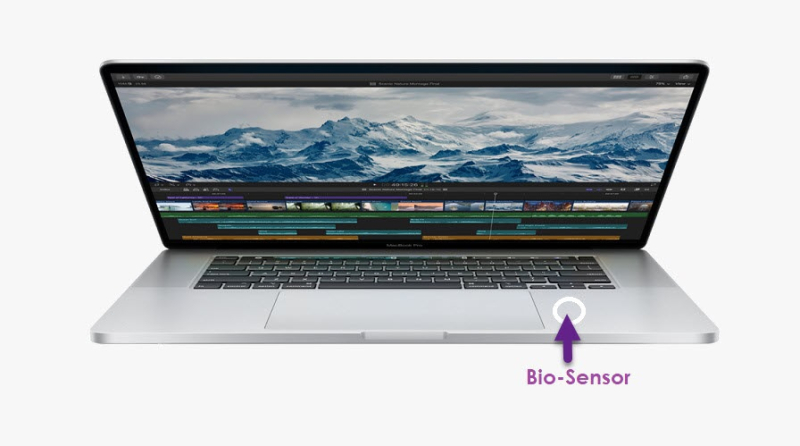 Today the US Patent & Trademark Office published a patent application from Apple that relates to a possible future MacBook that integrates a bio-sensor into the palm rest area that could a glass top layer. The bio-sensor is designed to determine various health metrics or physiological condition of the user. It appears that Apple wants to take their health sensors designs beyond Apple Watch. 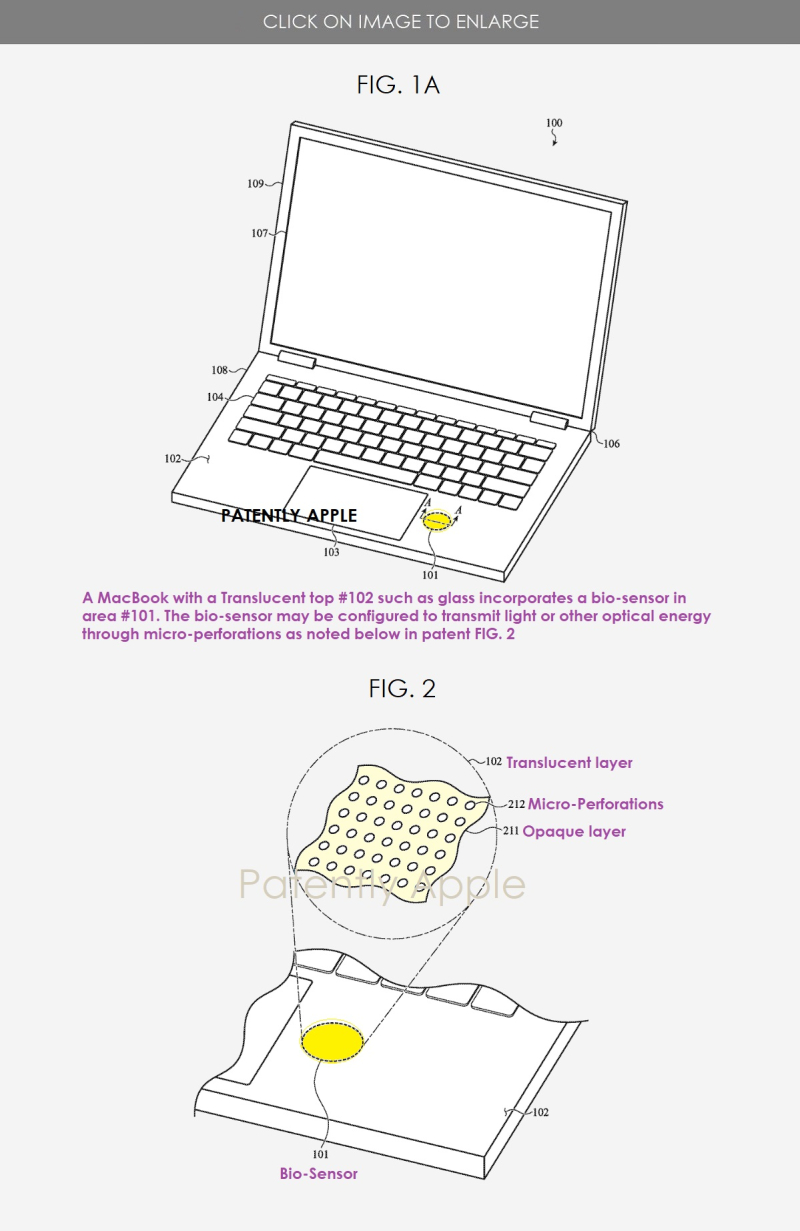 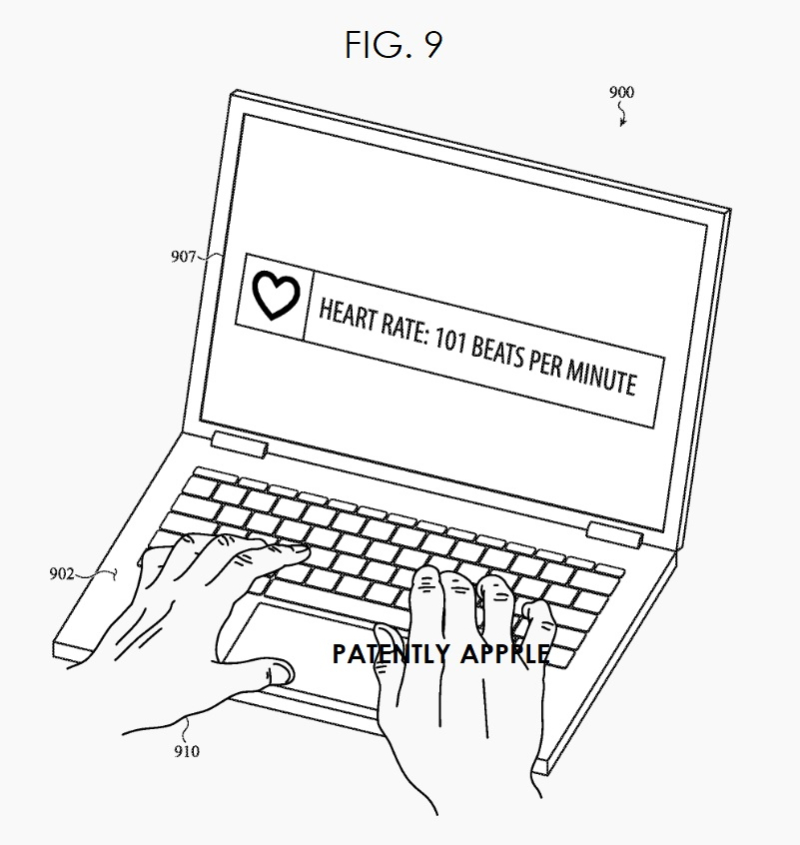 This is Apple's second patent on this invention. Considering that this is a patent application, the timing of such a product to market is unknown at this time.