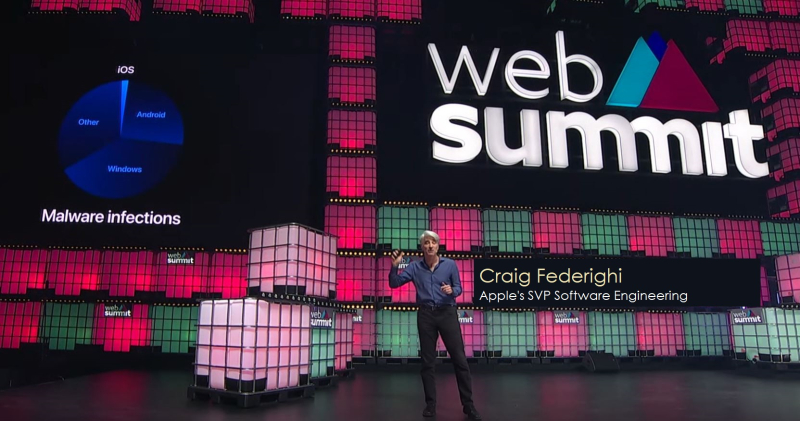 On Day 2 of the Web Summit in Lisbon, Apple's SVP of Software Engineering, Craig Federighi, was the last guest speaker. His topic was on the proposed EU Digital Market Act and in particular to the dangers of the App Store being forced to accept sideloading.

Federighi carefully made Apple's case step by step that the company provides sophisticated on-device protection and a central app store with human review.  Below is Federighi's full presentation on the matter.

UPDATE 2:11 p.m. PST: While Federighi was making his case today, Microsoft's President Brad Smith stated to Reuters on the sidelines of the Web Summit that the tech sector needs to compromise with regulators and take governments and people’s concerns seriously, Microsoft president Brad Smith said in an interview on Wednesday.

While Smith didn't mention Apple’s recent campaign against a provision of the EU’s Digital Markets Act that would oblige the iPhone maker to let customers install software from outside its App Store, a practice called sideloading – he did state that "Tech is going to have to lean in ... with real concrete ideas ... even make concessions, so that we can all compromise and build a common platform that better protects people than ... the internet as a whole has in recent past."

Though, let's not be naïve. Microsoft supported Epic Games against Apple and the App Store and so there's a clear motive behind Microsoft's "I've seen the light" malarkey.