The Patent behind the HomePod mini's 'Intercom' Feature was published yesterday by the U.S. Patent Office 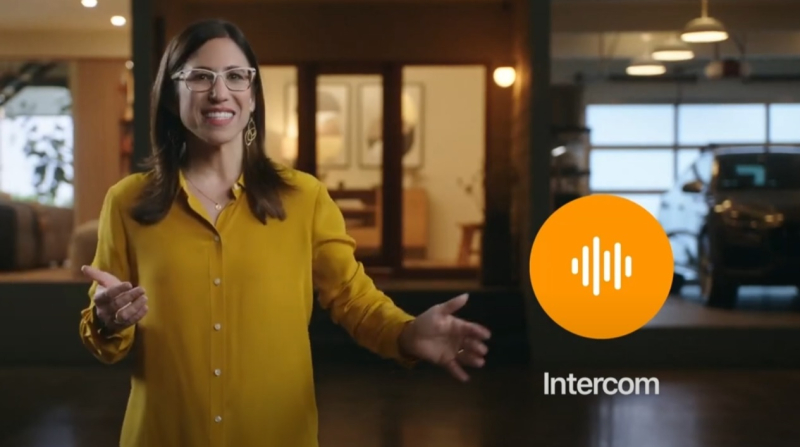 Apple introduced the new "Intercom" feature with HomePod mini during an October 2020 Apple Event. With more than one HomePod mini in the home, users can easily communicate with their family members by voice using Intercom. Ask Siri to send your message to the whole house or to individual rooms — and everyone can easily respond. Below is the event snippet covering Intercom.

Below is an image from Apple's HomePod mini marketing page illustrating the Intercom service is directed at the home market juxtaposed to their patent figure conveying the same theme and message. 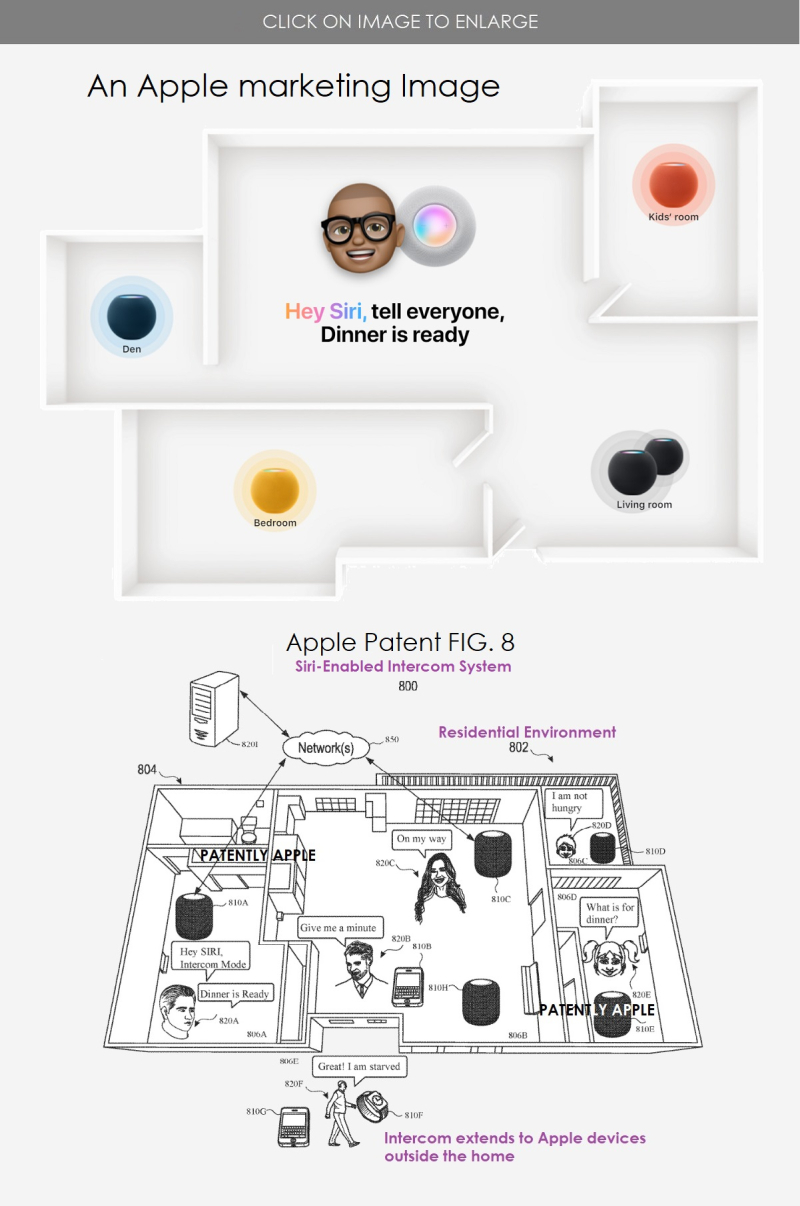 Apple's patent FIG. 9 presented below illustrates a flowchart of a process for providing an intercom service. 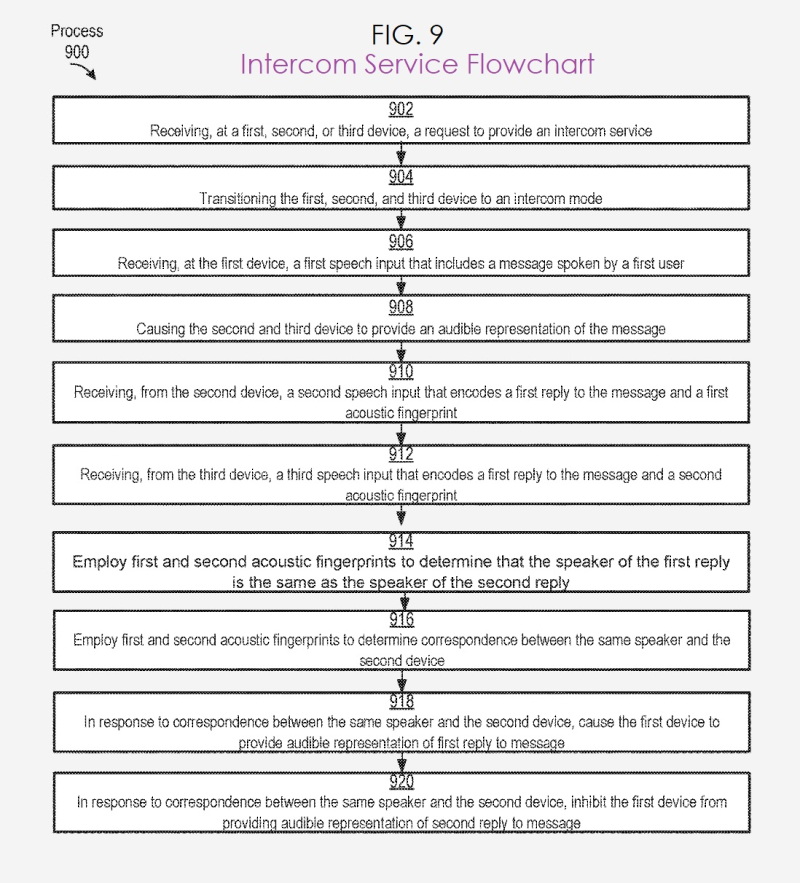 Apple's overview of the patent states that it covers systems and processes for operating an intercom system via a digital assistant are provided. The intercom system is trigger-free, in that users communicate, in real-time, via devices without employing a trigger to speak. Acoustic fingerprints are employed to associate users with devices. Acoustic fingerprints include vector embeddings of speech input in an acoustic-feature vector space. Speech heard at multiple devices, as embedded in a fingerprint, may be clustered in the vector space, and the structure of the clusters is employed to associate users and devices. Based on the fingerprints, a device is mapped to a user, and the user employs that device to participate in a conversation, via the intercom service.

For those wishing to review the full details of patent application 20210350810.