In Q3-21, Apple Led the Western European Market for Tablets by a Wide Margin while landing in Fourth Spot for PC Shipments 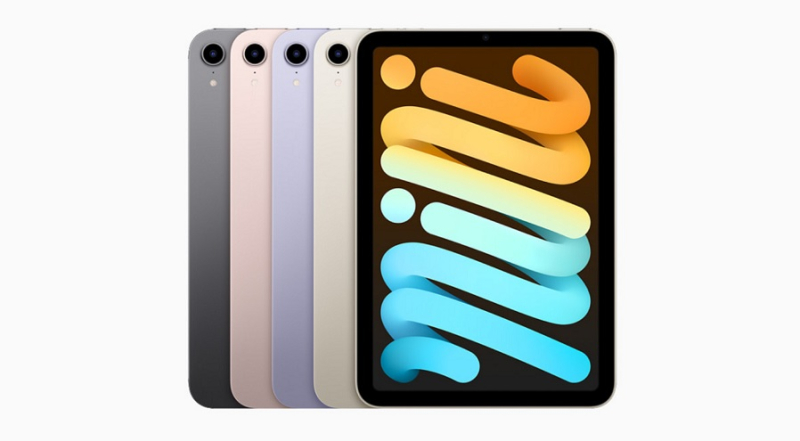 A new analytical report claims that tablet shipments in Western Europe shrank 20%, with 6.9 million units shipped. Trang Pham, Canalys Research Analyst stated in the report that "In Q3 2020, tablets had an extraordinary performance as they filled a gap created by PCs shortages. They are now seeing a corrective decline as penetration within the primary userbase saturates.

Despite the contracting market, Apple appeared to be unaffected. In recent quarters, Apple has increasingly widened its leadership in the market with other tablet vendors. In Q3 2021, Apple saw a 33% year-on-year growth while the other top five vendors recorded double-digit declines. 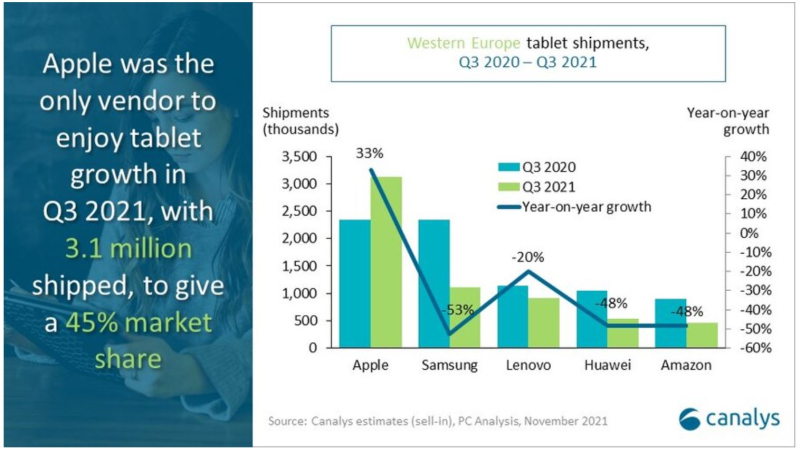 The iPad’s consistent performance today is thanks to Apple’s dedicated focus on the tablet market. Apple continues to launch newer iPads throughout the year catering to more customer segments. Despite the crunch, Apple’s vertically integrated supply chain has insulated it well from bearing the brunt of the corrective decline."

Canalys didn't breakdown the iPad models that supported iPad's growth, but the iPad mini shipping on September 24, 2021 could have provided the boost to the quarter.

In the same Canalys report they covered Western Europe PC Shipments for Q3-21. In Q3 2021, The Western European PC market (desktops, notebooks and workstations) recorded 16.3 million unit shipments, which was up 21% annually. The region, battered by multiple waves of COVID-19, continued to see higher demand for PCs owing to the relatively fluid situation surrounding the pandemic. While supply constraints are expected to linger throughout 2022, Canalys expects the region to remain a growth spot for PCs as the relative uncertainty pushes the need to spend on technology. HP regained the top spot after three quarters in the second position, shipping 4.4 million units and taking a 27% share. Lenovo came in second, shipping 4.1 million units to take a 25% share. Dell, Apple, and Acer rounded up the top five with 14%, 12% and 8% shares respectively. 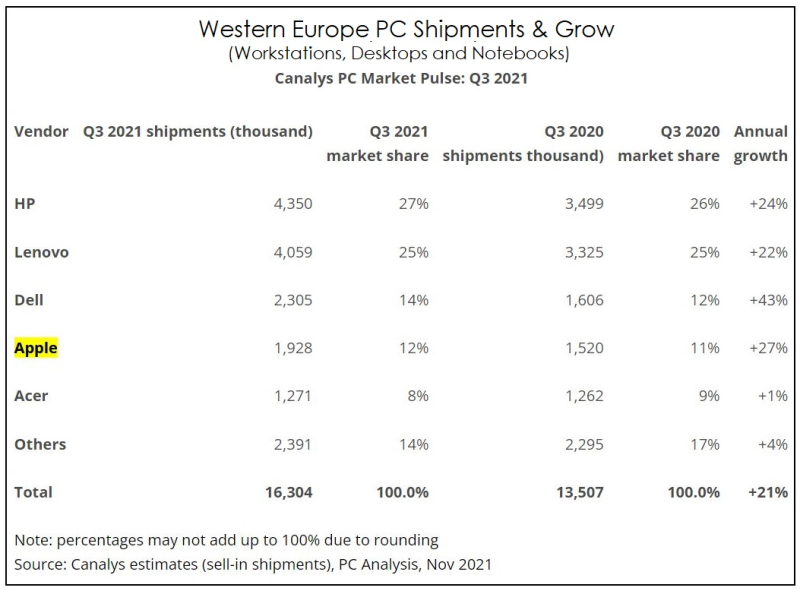 Apple is shown to have had a positive quarter with 27% growth, landing them solidly in fourth Spot as shown in the chart above. For more, read the full Canalys report.