Home Archives Contact Us Subscribe Twitter MeWe Facebook Patently Mobile
The new 'Beats Fit Pro,' designed for those with an active lifestyle, can be ordered today with shipments starting Friday in the U.S. only
Apple's iOS Privacy Changes that can stop Advertisers from Tracking users has dinged a few Big Tech companies this Quarter 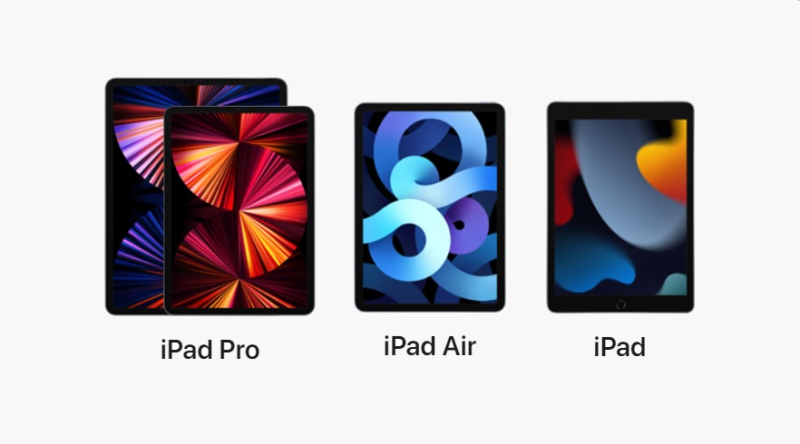 Two new analytical reports covering tablet shipments for Q3-21 show Apple the hands-down champ once again. In IDC's report, which covers both tablet and Chromebook shipments, Chromebooks declined 29.8% while tablets declined 9.4% year-over-year (YoY) with Apple being the only standout with a 4.6% gain in the quarter as shown in IDC's Tablet chart below. 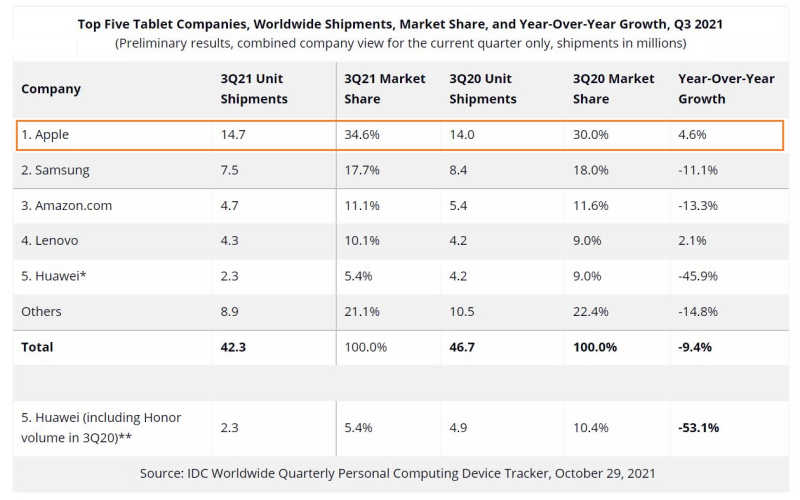 Tablet sales grew in the last year due to many factors, including their versatility, component shortages on the PC side, and a comparatively lower selling price. Despite the slowdown in demand, commercial use of tablets in verticals such as logistics, healthcare, and banking is expected to persist as the pandemic has changed the way many of these businesses conduct day-to-day operations.

A decline in Chromebooks was mainly due to school and government budgets running out. For more on this, including a Chromebook chart, read the full IDC report.

The new Strategy Analytics Q3-21 Tablet report delivered a much wider gain for Apple over Samsung with Apple shipping 17.3 million iPads for a 15% gain vs. Samsung shipping 7.5 million tablets with a painful 21% decline for the quarter. 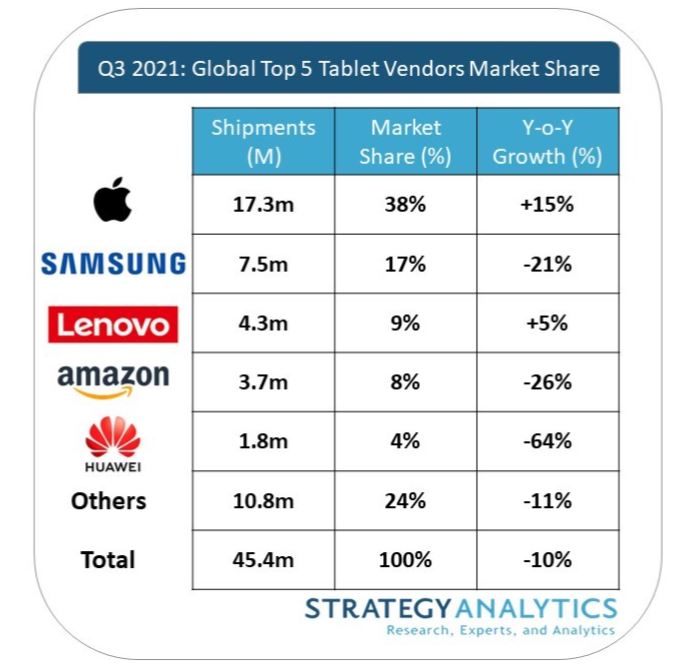