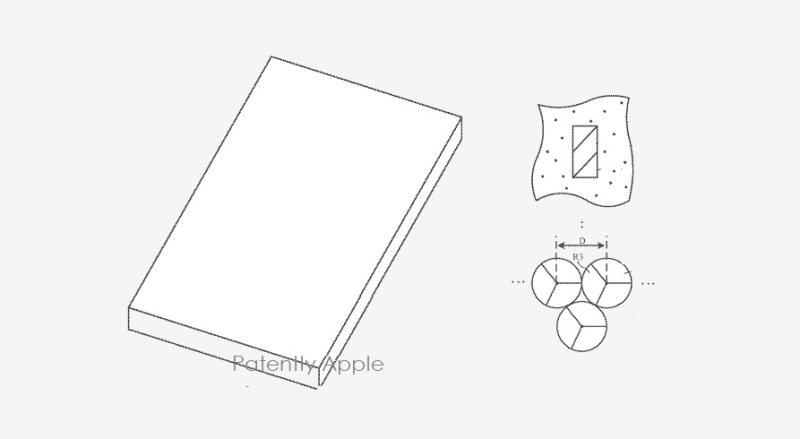 Yesterday the US Patent & Trademark Office published a patent application from Apple that relates to future devices and more particularly the rear side of devices having an adjustable-appearance structure that could allow devices like an iPhone, iPad, MacBook to take on different backside patterned designs either set by the user or at the manufacturing stage. Most of the inventors of the patent come from Apple's materials team.

Electronic devices have housings in which displays and other components are mounted. Device housings are sometimes provided in different finishes.

One of Apple's latest inventions covers an iPhone with its backside being transparent or have structures with an adjustable appearance. These structures may be viewable through the transparent portion of the housing, thereby allowing the appearance of the device to be controlled. The patent doesn't restrict the adjustable appearance to an iPhone and lists other devices that this invention could apply to such as a future iPad, MacBook, iMac and a wide variety of applications relating to vehicles, TV, glasses and more.

The visual elements may include elements with different appearances. Movement of the mask relative to the patterned layer may change which of the visual elements are viewable and thereby change the overall appearance of the adjustable-appearance structures and the housing of the electronic device.

If desired, adjustments made to the adjustable-appearance structures may be permanent or semi-permanent. For example, the relative position between the outer mask layer and inner patterned layer can be adjusted during manufacturing and then fixed in place. The adjustable-appearance structures may also be adjusted manually (e.g., using an adjustable screw or other positioner that remains in a static configuration once adjusted). 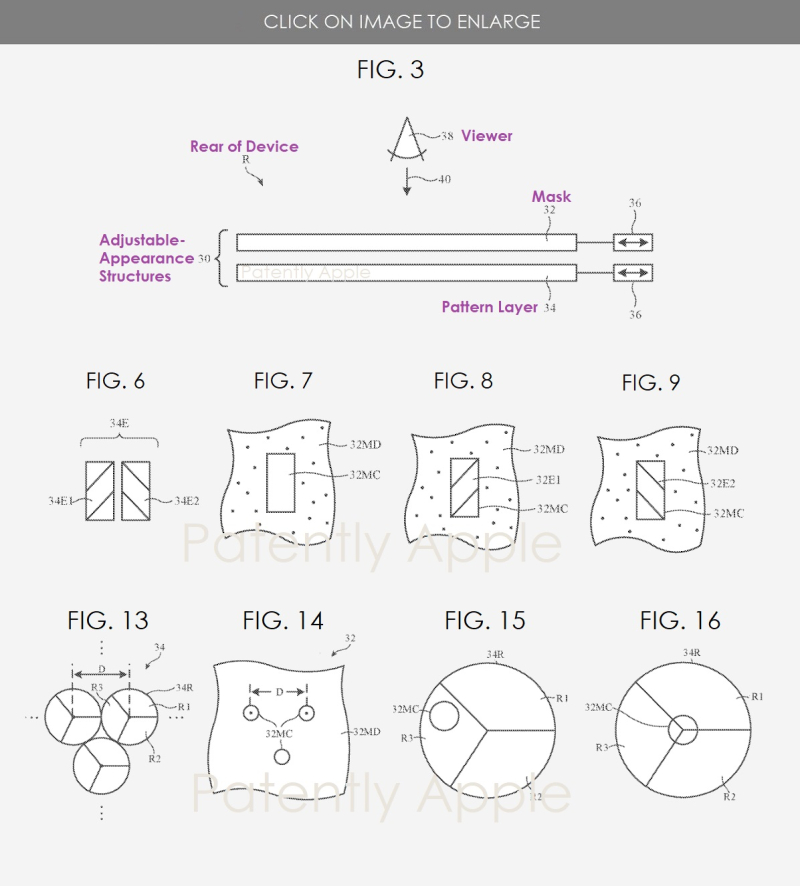 Later in the patent filing Apple notes: "In addition to or instead of providing structures in the mask that form masking elements of various shapes, sizes, and optical properties such as color, haze, light transmission, reflection, and light absorption, the optical properties of the elements of the mask may be varied by providing these elements with gratings, polarizing material, wave plates, lenses, prisms, and/or other optical elements that alter the behavior of incident, reflected, and/or transmitted light via refraction, diffraction, polarization, polarization rotation, etc."