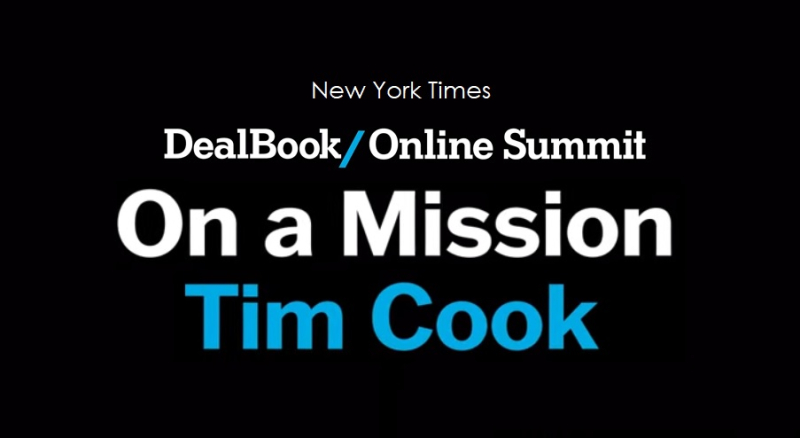 What is the future of the internet? What innovations will make the next leap possible? What battles should we be willing to fight? Tim Cook, leader of the iconic tech giant Apple shares his vision at the 2021 DealBook Online Summit.

I'm still very optimistic Andrew and I look at technology and I think about all the things that we can do. Both are doing and can do in the future if technology is used to serve humanity and not the other way around. And so, whether it's 10 years or longer I always think about the user. Are we doing the right things as a company to help improve their lives and empower them to do things they haven't done before.

With my 10-year anniversary I'm also thinking about 10 years without Steve [Jobs]. And so, it's a bit of a sad time too for me thinking about that. From my point of view, he was the inventor, the entrepreneur of the century. There's nobody quite like him and I miss him every day.

The interview touches on the issues of privacy, mental health, antitrust bodies attacking  the App Store and Apple's take on sideloading.

Cook was very blunt on the issue of sideloading:  "I think people have that choice today, Andrew. If you want to sideload you can buy and Android phone. So that choice exists when you go into the carrier shop, if that's important to you, then you should buy an Android phone. From our point of view, it would be like … If an automobile manufacturer told me to not put in airbags and seat belts in a car. You would never think about doing this in today's time. It's just too risky to do that. So it wouldn't be an iPhone if it didn't maximized security and privacy."

Last Wednesday, Apple's SVP of Software Engineering warned of the security risks to sideloading at the Web Summit in Lisbon. This is clearly a topic that Apple is prepared to go to war over with antitrust bodies around the globe through public debates and lobbying efforts. Stay tuned as this issue is bound to be a major battle ground for some time to come.