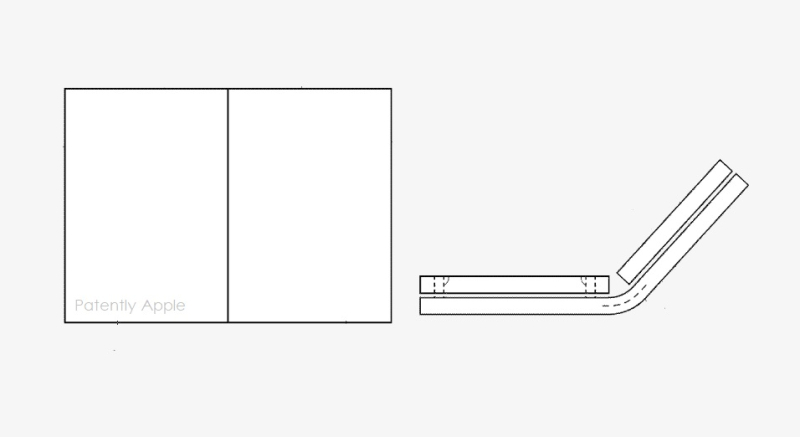 Today the U.S. Patent and Trademark Office officially granted Apple a patent that relates to a possible future foldable device like an iPad that would be able to go into a second mode called the "joint operating mode" where one image could be seamlessly divided into two displays or present data with one large image. The concept is very close to Microsoft's Surface Neo concept as presented below that could double as a notebook-like device.

Magnetic components may hold devices together in a variety of orientations. The magnetic components may operate in cooperation with beveled housing edges and other structures to help hold devices in planar configurations in which the devices lie in a common plane and non-planar configurations in which the devices are oriented at a non-zero angle with respect to each other. 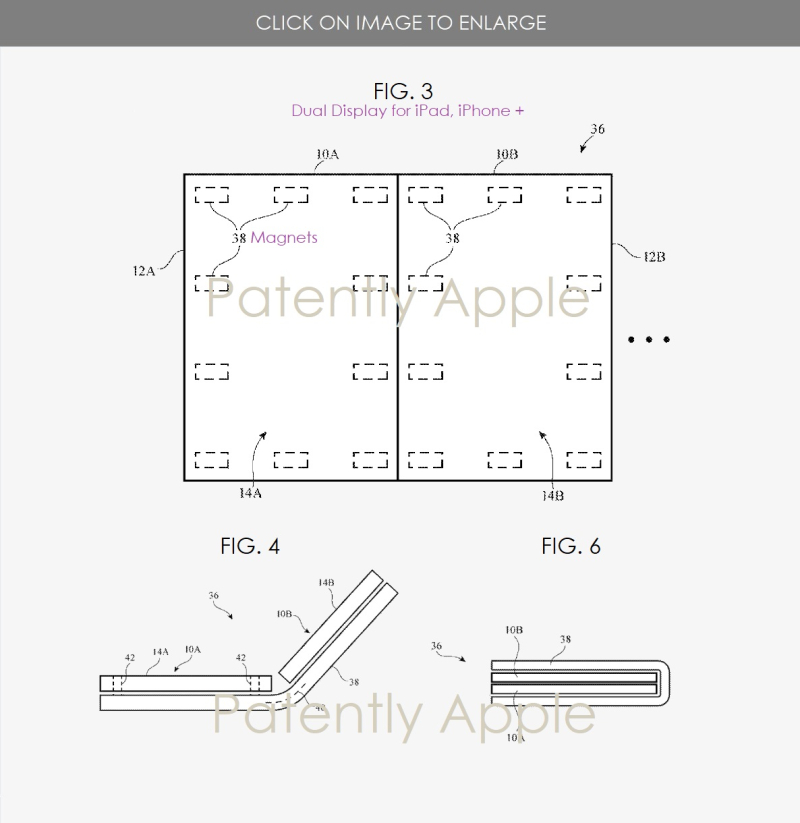 Apple's patent FIG. 17 below is a flow chart of illustrative operations involved in using multiple electronic devices and pointing to the Joint operating State. 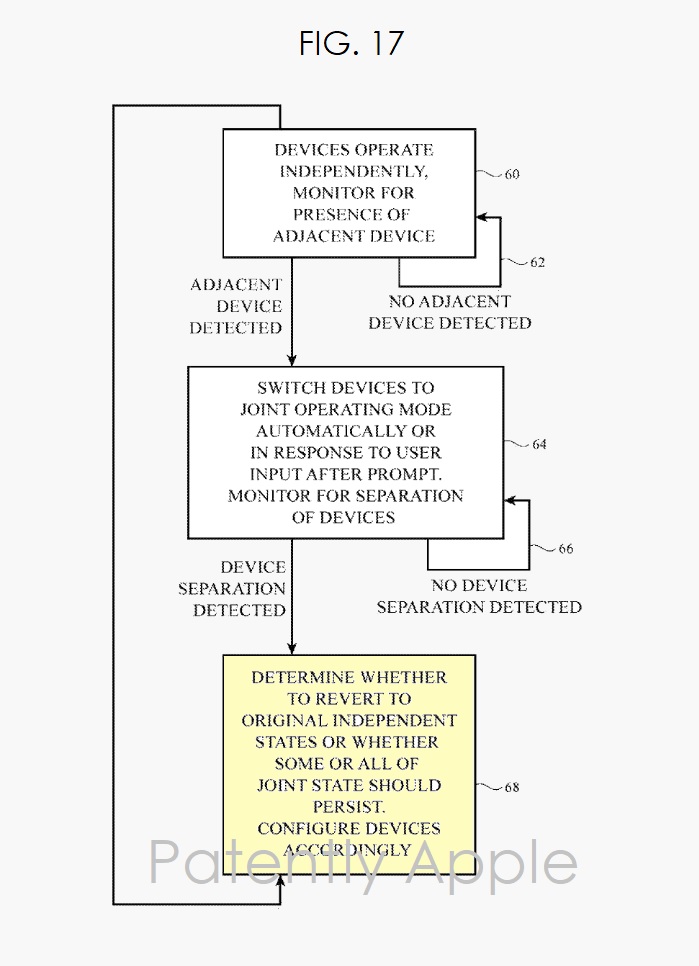 Apple's patent FIG. 13 below is a diagram showing how a system with multiple electronic devices may present content to a user in various contexts. 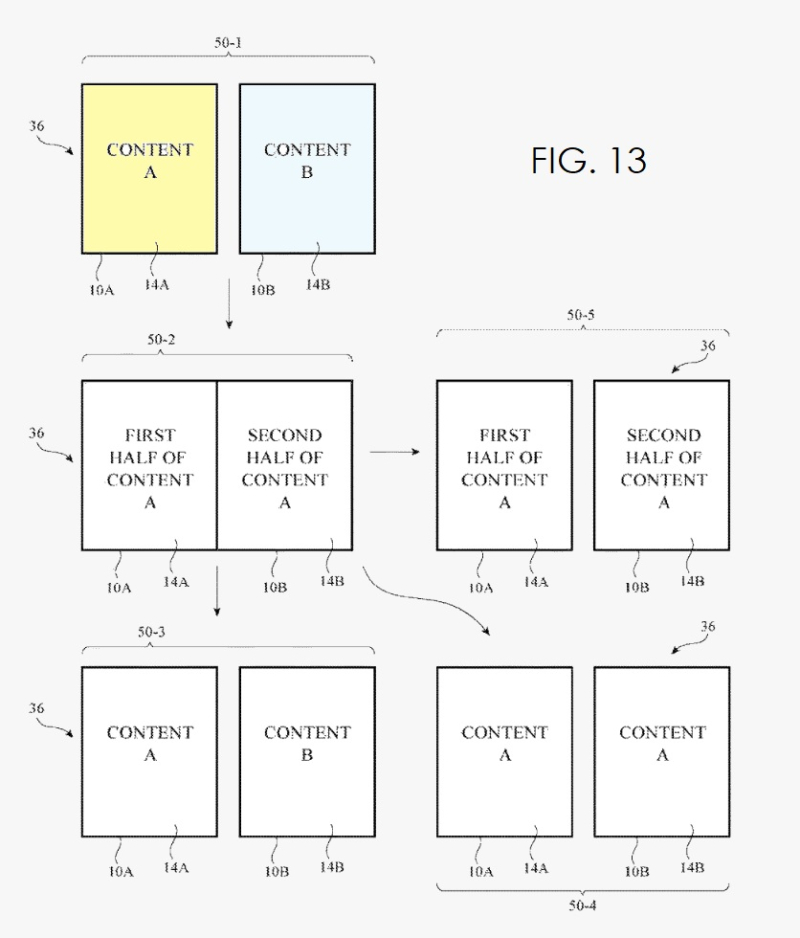