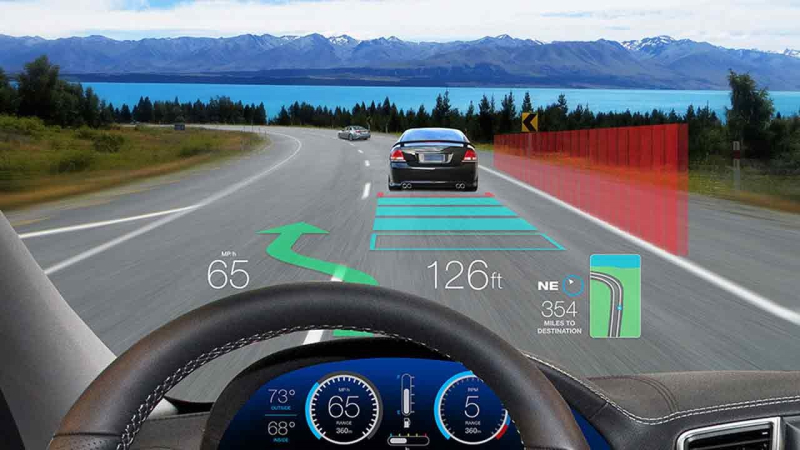 Last December Patently Apple posted a granted patent report titled "Apple Wins a Patent for an advanced Head-up-Display that could project Holographic Imagery across the Windshield & Side Windows." Today, the U.S. Patent and Trademark Office officially granted Apple another head-up display patent that this time focuses on using a light-field head up display.

To maximize the usefulness of head-up displays in vehicular environments, it would be desirable to be able to enhance the ability of a head-up display to display information for the occupants of a vehicle.

Apple's granted patent covers a head-up display may produce output that reflects off of one of the windows towards a viewer such as a driver or other occupant in the vehicle.

The head-up display may have a transmissive display such as a liquid crystal display or other display with an array of backlit pixels. The pixels may include subpixels of different colors. Each pixel may have an elongated shape and may extend along a given dimension. Lenticular lenses in the transmissive display that overlap the pixels may extend along the given dimension in parallel with the elongated pixels. 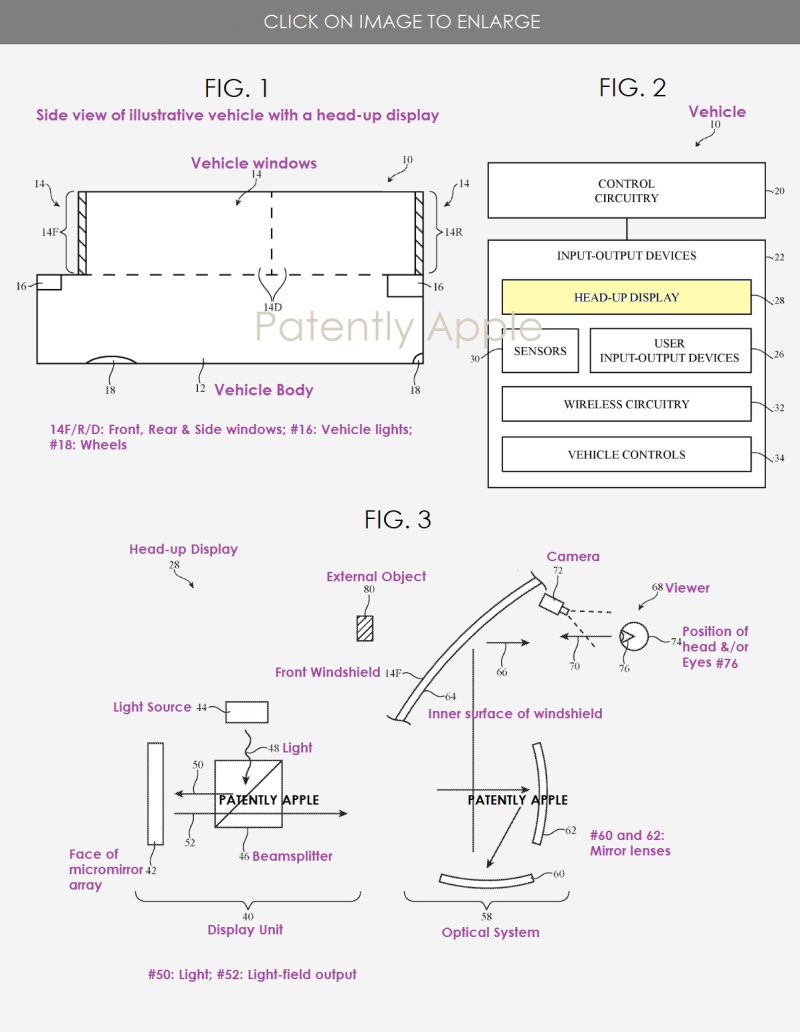 A digital image sensor or other sensor(s) such as camera #72 may be used to track the position of the viewer's head (head #74) and/or the viewer's eyes (eyes #76). Viewer tracking information may be used to restrict the amount of light-field output that is generated (e.g., so that only information that is viewable by the viewer is generated by display unit #40). Restricting the amount of light-field output that is generated may reduce the processing burden placed on control circuitry when creating three-dimensional display output with the head-up display.

In the illustrative configuration of FIG. 3, the light-field display unit is a projector-based system that includes a light source such as light source #44 that produces light #48 which is reflected from beamsplitter #46 as reflected light #50. The reflected light is directed towards the face of micromirror array #42. The light reflects from the micromirror array as light-field output #52.

Apple's patent FIG. 8 below is a top view of an illustrative viewer and an associated head-up display viewing region (viewing box) having subregions aligned with the left and right eyes of the viewer. 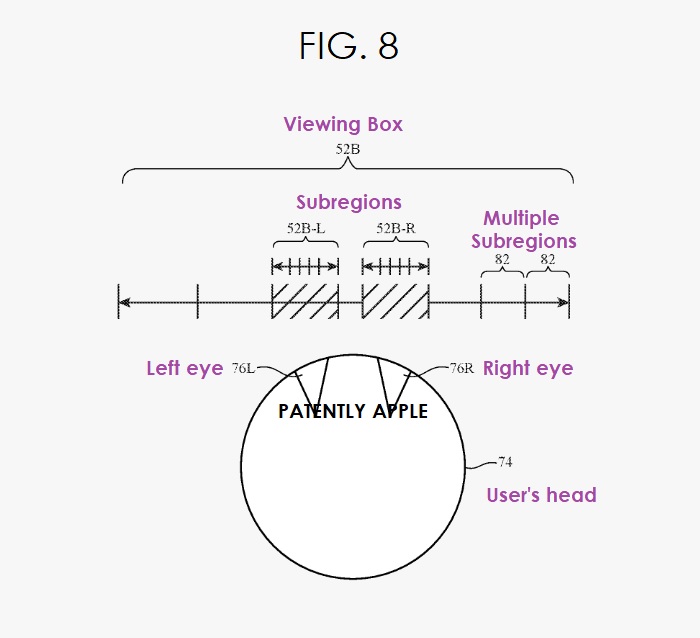