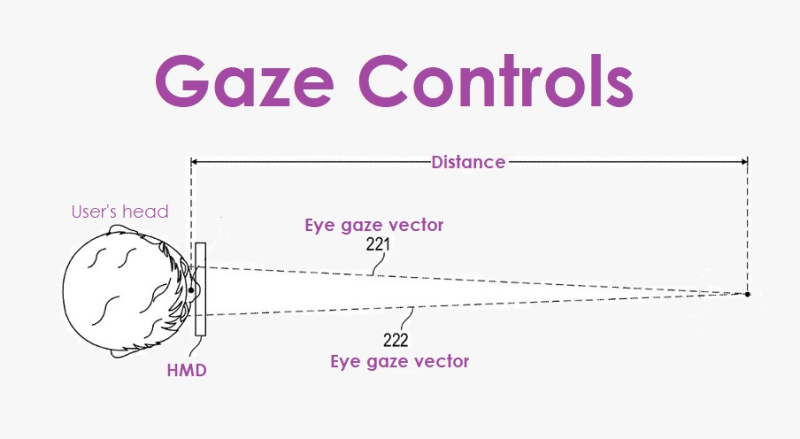 Today, the U.S. Patent and Trademark Office officially published a series of three granted patents relating eye and hand tracking technologies for Apple Inc. All three cover different aspects of the technology. The first patent covers 3D mapping technology that allows for hand and eye tracking on a desktop or future devices. The other two patents focus more on the technology used in Apple's future Head mounted devices like a VR Headset of glasses.

In 2013 when Apple acquired the Israeli firm PrimeSense, it was initially for developing Face ID for iPhone X. Though beyond Face ID, Apple gained a lot of intellectual property related to hand and eye gaze controls, technology that Microsoft first adopted for their Xbox Kinect device. many Apple's patents about eye tracking stem from their technologies.

Apple's patent FIG. 1 is a schematic, pictorial illustration of a computer system implementing a non-tactile three-dimensional (3D) user interface; FIG. 3 is a flow diagram that schematically illustrates a method of detecting gazes and gestures. 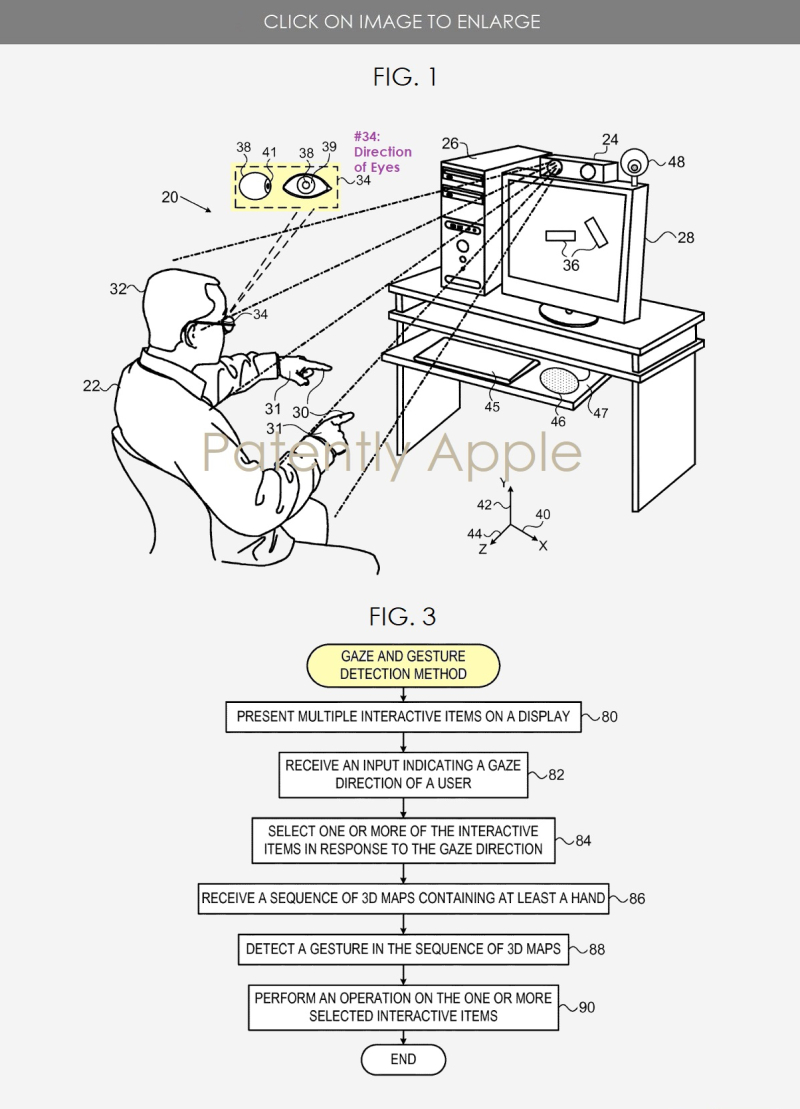 It's surprising that Apple has been sitting on this technology for so long without implementing it, considering that it was working so well with Microsoft's Kinect. How Apple intends to use this technology in the future is still unknown. It could be incorporated into their upcoming first-gen Head Mounted VR Headset, future Macs, iPads, Apple TV and perhaps in a future vehicle.

For more details on this invention, review Apple's granted patent 11,169,611.

Position Estimation based on Eye Gaze 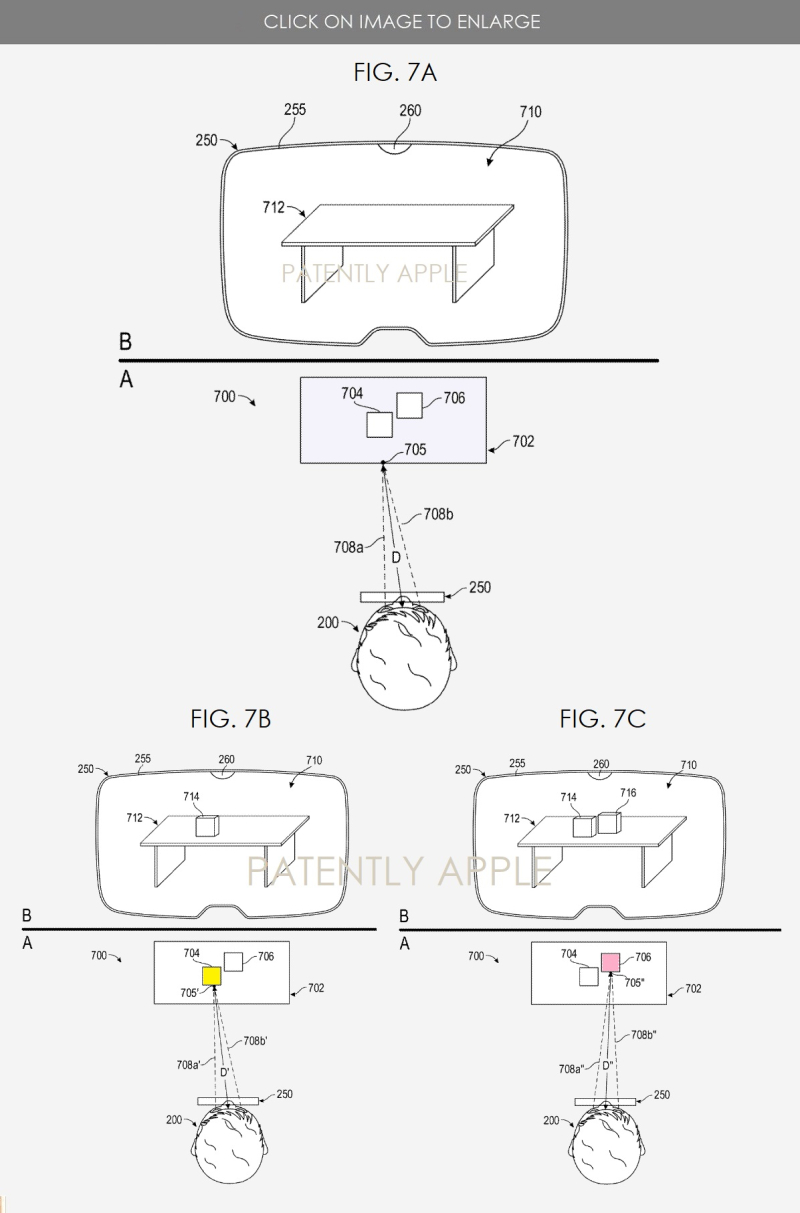 Apple's patent 11,170,521 titled "Position estimation based on eye gaze" is a very detailed patent that could further review here.

In some implementations, remote eye tracking determines gaze direction by identifying two locations in a 3D coordinate system along a gaze direction (e.g., a cornea center and an eyeball-rotation center) using a single active illumination source and depth information. In some implementations, a first location (e.g., the cornea center) is determined using a glint based on the active illumination source and depth information from a depth sensor and the second location (e.g., eyeball-rotation center) is determined using a RGB sensor (e.g., ambient light) and depth information.

Apple's patent FIG. 3 below is a block diagram depicting a 3D representation of an eyeball to illustrate an example eyeball modeling implementation assisting in remote eye tracking.