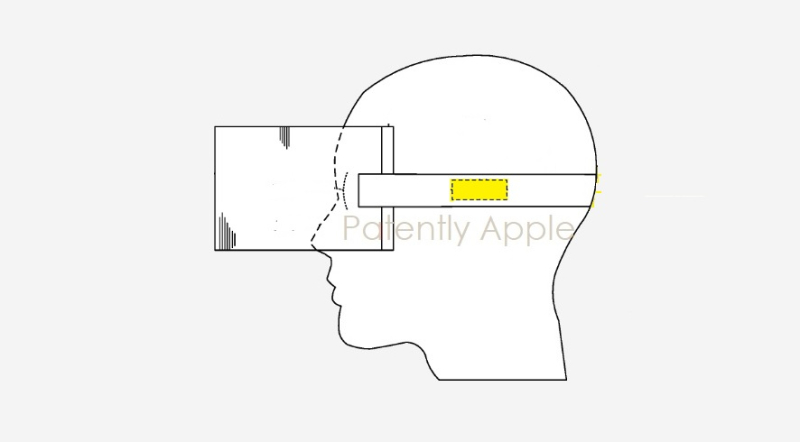 A year ago, Apple was granted a patent for an advanced audio system for Apple's future Mixed Reality Headset that included magnetically detachable speakers that could be sold as an accessory. Today the U.S. Patent and Trademark Office officially granted Apple a patent that relates to head-mountable devices, and, more particularly, to head-mountable devices (HMD, Smartglasses) with speaker units that provide interconnect capabilities. This patent appears to cover an integrated style speaker system that could be the standard audio system or one for an entry unit to save on costs.

Apple's granted patent also touches on other advanced features that may be incorporated into future headsets including sensors that can perform facial feature detection, facial movement detection, facial recognition, eye tracking and much more.

Apple's patent notes that head-mountable devices, such as head-mountable displays, headsets, visors, smartglasses, head-up display, etc., can perform a range of functions that are managed by the components (e.g., sensors, circuitry, and other hardware) included with the wearable device.

A head-mountable device can capture various types of inputs (e.g., visual, audio, tactile, etc.) from an environment and/or the user. A head-mountable device can also provide various types of outputs (e.g., visual, audio, tactile, etc.) to a user and/or the environment.

It can be desirable to minimize the space and weight requirements of a head-mountable device to enhance a user's comfort while wearing and operating the head-mountable device. Some components can be placed in front of the user to provide certain functions, such as providing a visual output or eye-sensing capabilities.

Systems of the present disclosure can include a head-mountable device with a speaker unit that provides structural support to its own components and electrical connections between other components. The arrangement of conductive strips within a back plate of a speaker unit can provide the structural support needed by the components of a speaker while allowing components on opposing sides of the speaker unit to be operably connected to each other. By providing both functions with the conductive strips of a back plate, the total space required is minimized so that the head-securement element (e.g., band) of the head-mountable device maintains a thin profile. 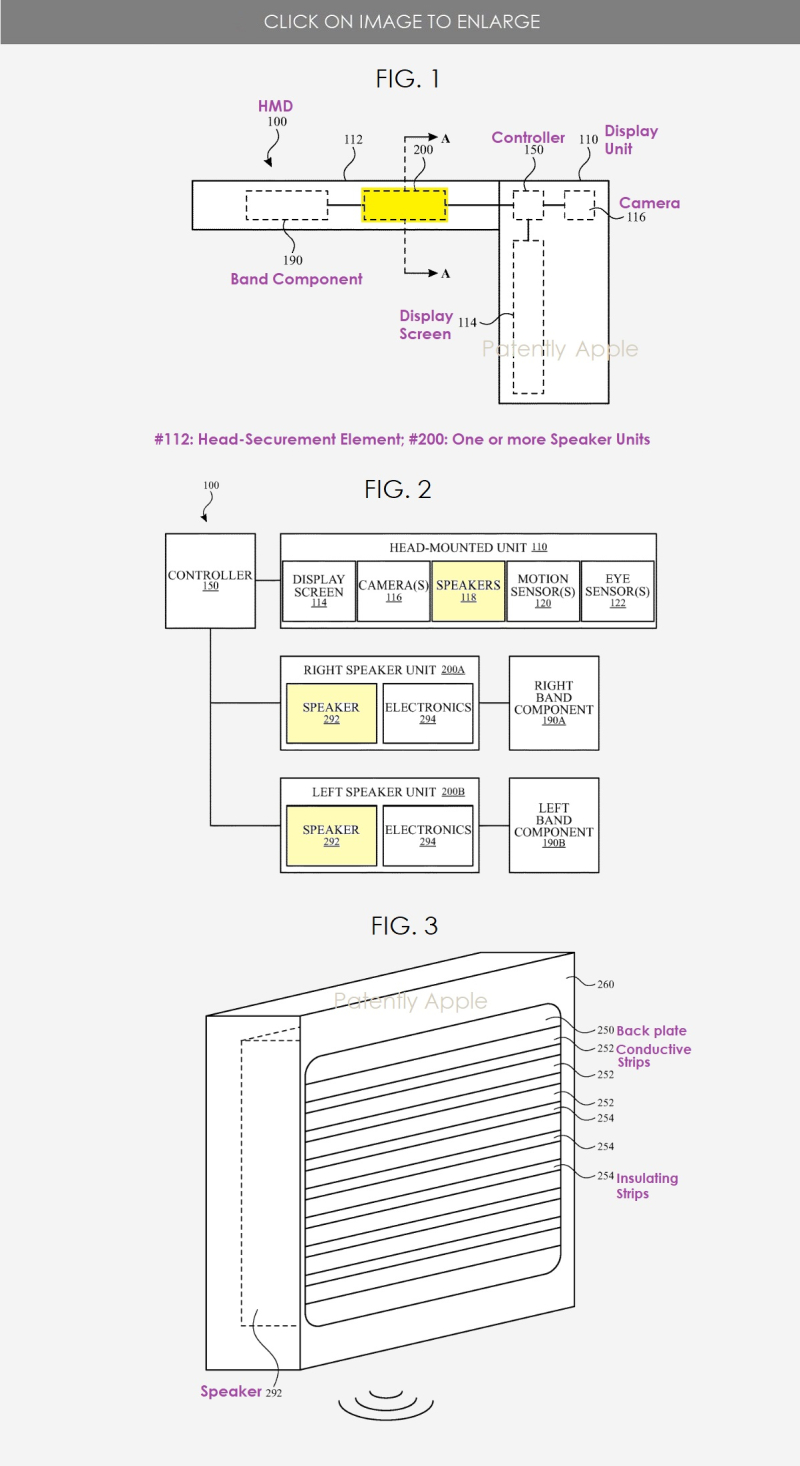 Beyond integrated speakers, which is the core of the patent, the patent also delves into other aspects of a future headset including a wide array of sensors and camera systems as follows: "The head-mountable device can include one or more other sensors. Such sensors can be configured to sense substantially any type of characteristic such as, but not limited to, images, pressure, light, touch, force, temperature, position, motion, and so on. For example, the sensor can be a photodetector, a temperature sensor, a light or optical sensor, an atmospheric pressure sensor, a humidity sensor, a magnet, a gyroscope, an accelerometer, a chemical sensor, an ozone sensor, a particulate count sensor, and so on. By further example, the sensor can be a bio-sensor for tracking biometric characteristics, such as health and activity metrics. Other user sensors can perform facial feature detection, facial movement detection, facial recognition, eye tracking, user mood detection, user emotion detection, voice detection, etc."

The patent also touches on gaze/eye tracking, user mood detection, user emotion detection, voice detection and projection-based systems that may employ retinal projection technology that projects graphical images onto a person's retina. Projection systems also may be configured to project virtual objects into the physical environment, for example, as a hologram or on a physical surface.