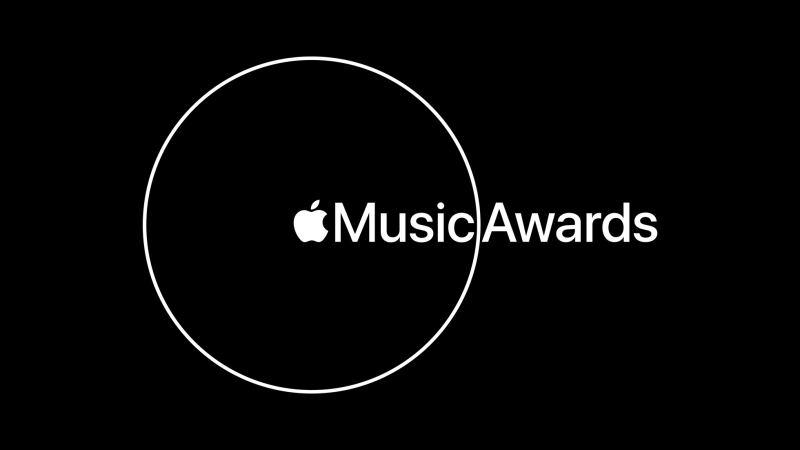 Apple has announced the winners of the third annual Apple Music Awards, recognizing the best artists of 2021 and their influence on global culture.

This year, the Apple Music Awards will introduce a new category of awards for Regional Artist of the Year, recognizing artists from five countries and regions: Africa, France, Germany, Japan, and Russia. The Regional Artist of the Year awards recognize artists who made the greatest impact culturally and on the charts in their respective countries and regions.

“The past 12 months have proved to be a remarkable year for music, and we’re thrilled to honor the artists who are shaping culture and connecting with fans around the world on Apple Music,” said Oliver Schusser, Apple’s vice president of Apple Music and Beats. “This year we’re also recognizing more regional artists, showing the world the impact of extraordinary talented musicians who are making waves globally.”

The Apple Music Awards celebration kicks off Tuesday, December 7, 2021, with interviews, original content, and more all streaming worldwide on Apple Music and the Apple TV app. Music fans who are not already subscribed to Apple Music can sign up for a three-month free trial at apple.com/apple-music.

And the winners are…

Global Artist of the Year: The Weeknd 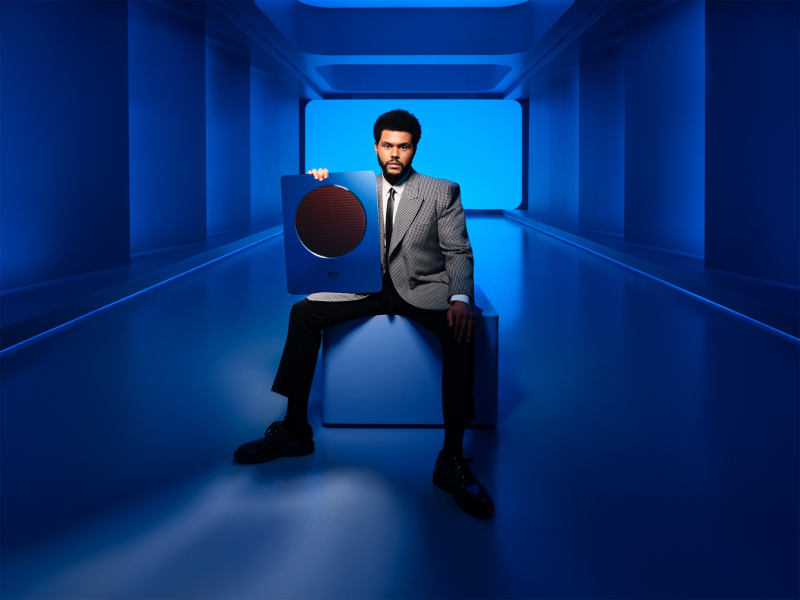 The Weeknd wins Global Artist of the Year at the third annual Apple Music Awards.

Filtering R&B and pop through an ambitious widescreen lens, The Weeknd took over popular music and culture on his own terms. The global superstar’s 2020 album “After Hours” quickly surpassed one million pre-adds on Apple Music, and is the most pre-added album of all time by a male artist on the platform. “After Hours” also holds the record for the most streamed R&B/Soul album in its first week in 73 countries. The smash single “Blinding Lights” peaked at No. 1 on Apple Music’s Daily Top 100: Global chart, and ranks as one of the 20 most Shazamed songs of all time. The Weeknd also hosts the massively popular taste-making Apple Music Radio show “MEMENTO MORI,” celebrated for its eclectic playlists and major world premieres. He’s graced recent covers of TIME, Forbes, Variety, Rolling Stone, Esquire, Harper’s Bazaar, and GQ, and blew away fans with his 2021 Super Bowl LV Halftime Show, which was one of the most Shazamed moments of the year.

“I’m so grateful for this huge honor and want to thank Apple for all its support, not only for my work but also for great music by newer artists, where it matters so much for creators to be found and supported,” The Weeknd said. 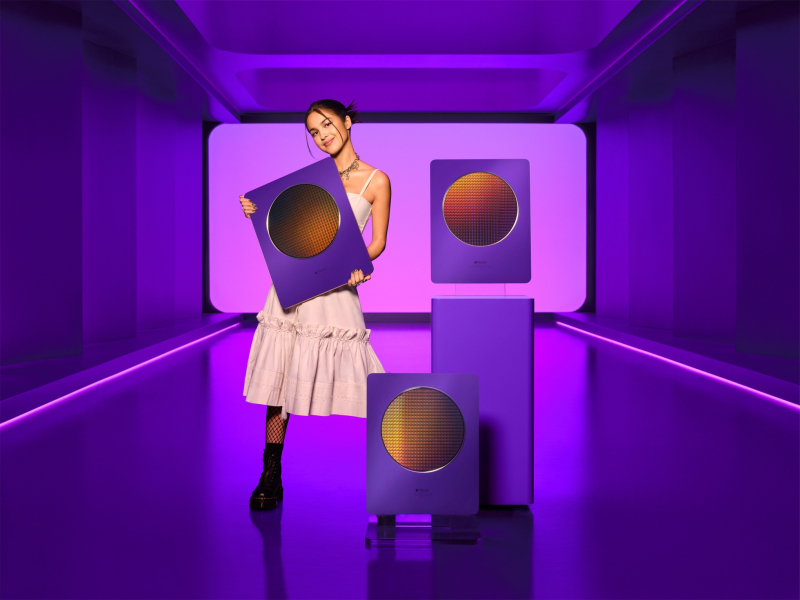 For Olivia Rodrigo, 2021 will go down as the year of epic firsts. The 18-year-old singer-songwriter released her tear-soaked debut single, “drivers license,” in January, which quickly topped the charts and became one of the most streamed new releases of the year. “drivers license” registered the highest first-week streams ever for a debut single by an artist on Apple Music globally, reaching No. 1 on the Daily Top 100: Global chart, where it remained for over a month, and was the fastest-ever debut solo track by a US artist to accumulate five million Shazams. Her highly anticipated debut album, “SOUR,” followed in May, and was celebrated with an Apple Music First Listen virtual event with fans and an accompanying interview with Zane Lowe. “SOUR” carries the highest first-week streams for a debut album on Apple Music globally, with all 11 songs on the album ranked on the Daily Top 100: Global chart, as well as the Daily Top 100 chart in 66 additional countries. Rodrigo has been on the cover of Apple Music playlists Today’s Hits, A-List Pop, and New Music Daily, and closes her life-changing year as the deserving recipient of her first three Apple Music Awards. She took home Breakthrough Artist, Album of the Year (“SOUR”), and Song of the Year (“drivers license”).

“I did my first interview for ‘drivers license’ with Apple Music, and so much has happened since then,” Rodrigo said. “It’s truly surreal. Thank you to Apple Music for these amazing awards.”

Songwriter of the Year: H.E.R. 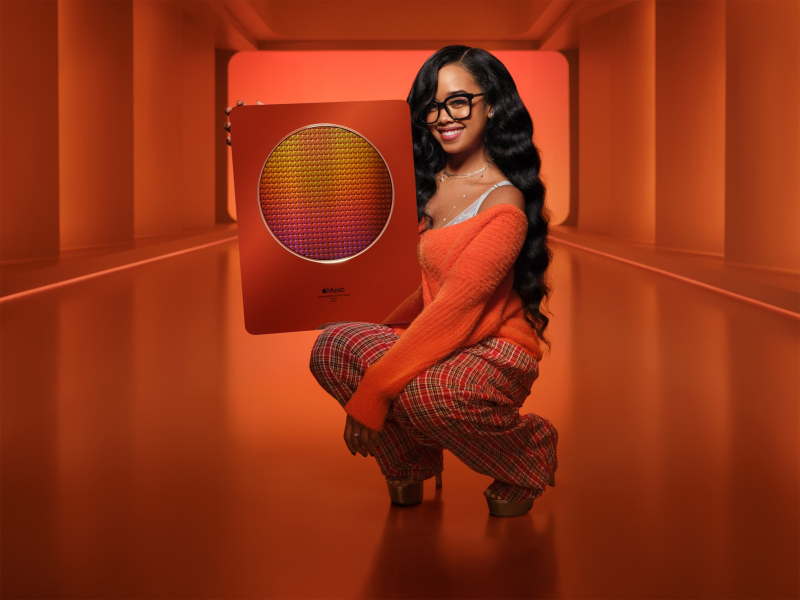 H.E.R. wins Songwriter of the Year at the third annual Apple Music Awards.

Award-winning singer, songwriter, and multi-instrumentalist H.E.R.’s work within the R&B genre grew even more expansive in 2021 with the release of her acclaimed 21-track album “Back of My Mind,” which captures the artist at her most brilliant, confident, and freewheeling. The chart-topping album was the third most streamed R&B/Soul album on Apple Music in its first week of release by a female artist this year, with singles “Damage” and “Come Through” (featuring Chris Brown) both spending multiple weeks on the Daily Top 100 chart in over 30 countries. The former Apple Music Up Next artist also penned the anthemic original “Fight for You” for the celebrated motion picture “Judas and the Black Messiah,” and covered Marvin Gaye’s “Inner City Blues (Make Me Wanna Holler)” for Apple Music’s exclusive “Juneteenth: Freedom Songs” compilation. H.E.R. is a regular guest on Zane Lowe and Ebro Darden’s shows on Apple Music 1, and she has been featured as the cover of popular Apple Music playlists New Music Daily, R&B Now, and more.

“I am very honored and blessed to receive this recognition,” H.E.R. said. “As a young Black and Filipino artist, and a woman who is on the stage giving my all, there’s no doubt that representation is important. Thank you so much, Apple Music.”

To review the artists of the year for Africa, France, Germany, Japan and Russia, see Apple's full press release.