While Global Smartphone volume declined by 6% in Q3-21, Apple led the smartphone market in revenue by capturing approximately 37% 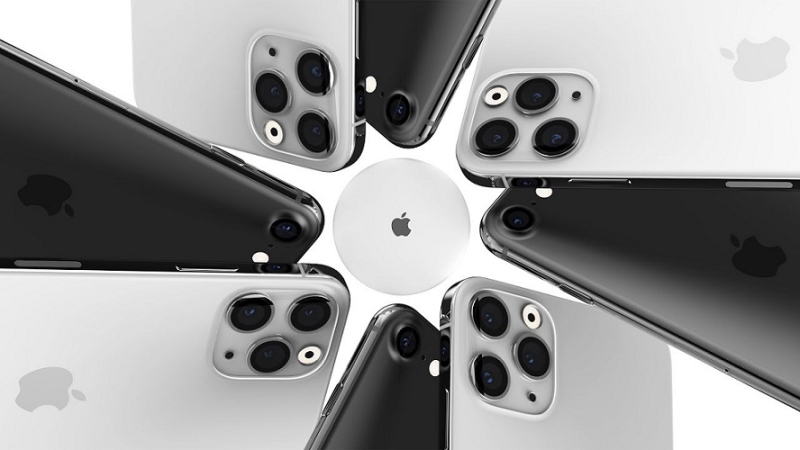 Earlier this morning Patently Apple posted a report titled "Apple jumps back to being the #2 Smartphone Vendor Worldwide with an impressive 20.8% Year-over-Year Growth, the highest in the Industry," based on a new IDC report. A second report on smartphone shipments for Q3-21 was published today with slightly different take.

Counterpoint's latest analytical report published today states that the global smartphone market grew 6% QoQ to reach 342 million units in Q3 2021. However, the market declined 6% YoY due to the ongoing global component shortages and slow recovery of key markets such as China and parts of Europe.

Commenting on the overall market dynamics, Research Director Tarun Pathak said, "During the September quarter, we saw supply constraints that were even more severe than those experienced during the June quarter. The global semiconductor shortage finally also took a toll on the end consumers. Due to the demand-supply mismatch, most components used in smartphones have seen upward price movements, forcing some major OEMs to increase the retail prices of some models. This led to declines in shipment volumes, especially in the entry tier segment, which limited the growth potential. As a result, market demand was met by mid- to high-tier smartphones that helped drive the quarter to a record revenue even with the declining shipments. Apple and Samsung refreshing their premium series with iPhone 13 series and Fold series respectively, added to the revenue growth."

Commenting on the brands’ performance, Research Analyst Aman Chaudhary said, "The top 5 brands could have performed better if not for the component shortages, but they still managed to navigate the crisis through their efficient supply chain management.

As shown in the chart below, Apple led the smartphone market revenue, capturing around 37% of the market. 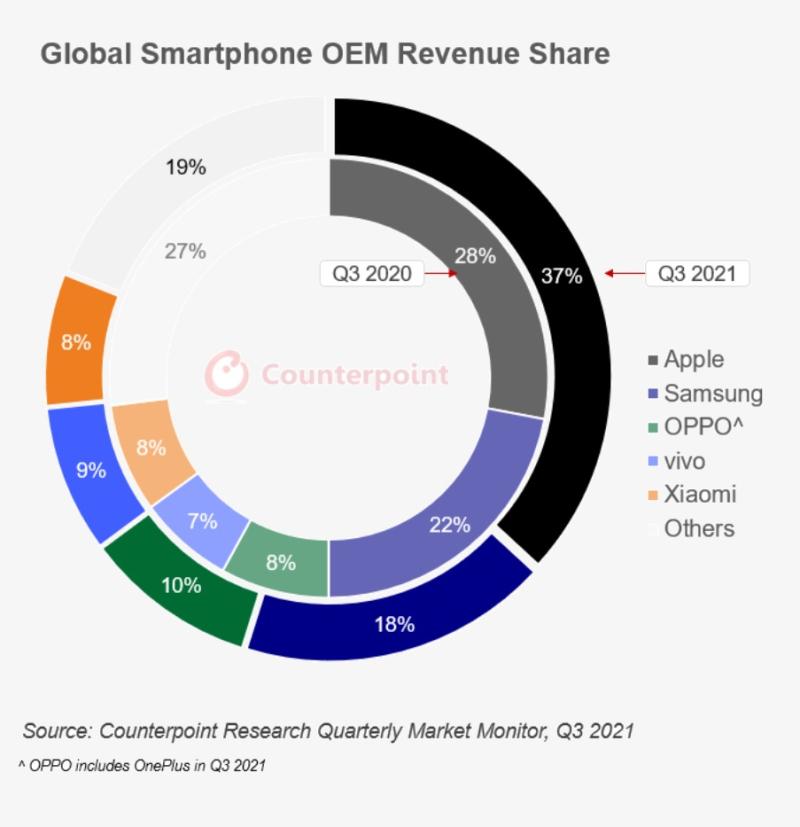 Apple shipped 48 million units in Q3 2021, up 15% YoY. This growth was propelled by the launch of the latest iPhone 13 series and stronger than expected performance of the iPhone SE 2020. Apple continued its push in China’s premium segment where Chinese brands such as OPPO, vivo and Xiaomi have not been able to effectively fill the gap left by Huawei’s diminishing position.

For data on the other smartphone vendors, review the full Counterpoint report.