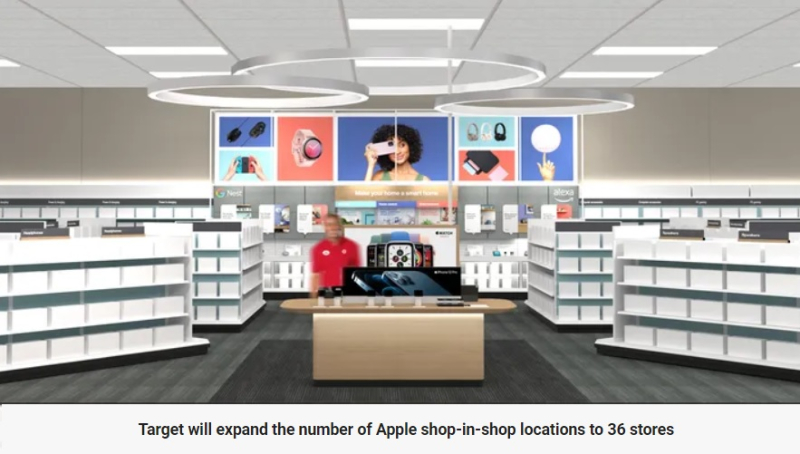 Back in February the 8th Largest U.S. Retailer 'Target' had announced that they were Launching new mini Apple Stores within 17 of their locations. Yesterday after Apple's MacBook Pro event Target announced they were expanding the number of their retail stores that would provide an Apple shop-in-shop section to 36, more than doubling February's announcement. The new locations are located throughout Florida, Texas and Minnesota.

Veteran Fox Business Network host Liz Claman along with Chatham Road Partners director of research Colin Gillis and MarketWatch senior reporter Jon Swartz went gaga over Apple's newly designed MacBook Pro models powered by the new M1 Pro and M1 Max and more in an interview that aired after the Apple event. The video below captures it all.