Home Archives Contact Us Subscribe Twitter MeWe Facebook Patently Mobile
While Global Smartphone volume declined by 6% in Q3-21, Apple led the smartphone market in revenue by capturing approximately 37%
Ahead of Epic Games hearing, Apple objects to the App Store allowing links to purchasing mechanisms beyond its own payment system 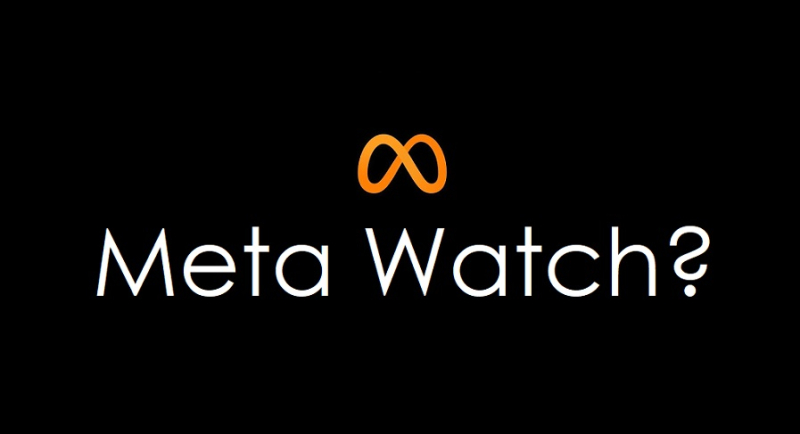 In March, Patently Apple posted a report titled "Facebook reveals initial work on wrist-based input devices for future AR Glasses & plans to reveal their work on Haptic Gloves later this year." Then in June, Patently Apple posted a report titled "Facebook has leaked the news that their first Smartwatch is coming to market in 2022 that will reportedly launch with two cameras & more," that stemmed from a report by The Information news site.

Yesterday a new report by Bloomberg reported that Meta Platforms Inc., the company formerly known as Facebook Inc., is developing a smartwatch with a front-facing camera and rounded screen, according to an image of the device found inside one of the tech giant’s iPhone apps.

The photo shows a watch with a screen and casing that’s slightly curved at the edges. The front-facing camera -- similar to what you’d see on a smartphone -- appears at the bottom of the display, and there’s a control button for the watch on the right side. 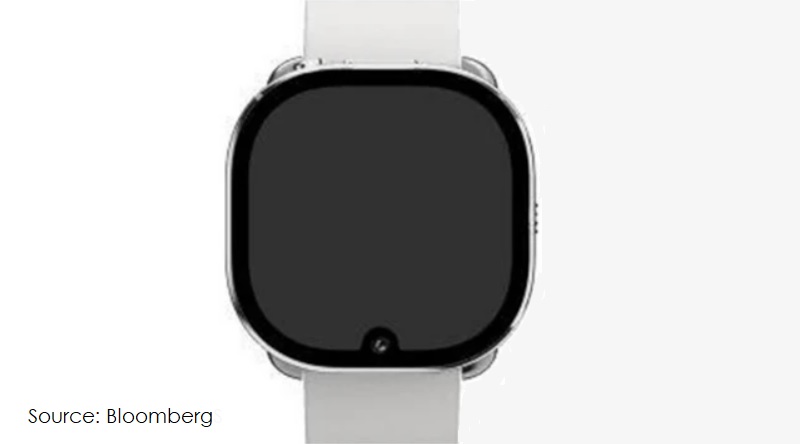 The watch has a detachable wrist strap and what appears to be a button at the top of the watch case. Its large display mimics the style of Apple Inc.’s watch -- rather than the more basic fitness trackers sold by Google’s Fitbit and Garmin Ltd. The camera suggests the product will likely be used for videoconferencing, a feature that would make Meta’s device stand out. Apple’s smartwatch doesn’t have a camera, nor do rival products from companies such as Samsung Electronics Co.

Facebook has been planning to launch its first watch as early as 2022, but a final decision on timing hasn’t been made yet and the debut could be later, according to a person with knowledge of the matter. The company is working on three generations of the product aimed at different release time frames, the person said. The device in the image could ultimately represent a version that is never released, but it’s the first evidence of the company’s work on the project.

The presence of the image in the glasses app, called Facebook View, could indicate the watch will be managed on iPhones and Android devices using that app too. Code inside the software indicates that the watch could be dubbed “Milan.” The code also suggests the camera will be capable of capturing both photos and videos and downloading them to a phone. For more, read the full Bloomberg report.

Below are two images from yesterday's Meta Keynote. The top image is Zuckerberg talking on his smartwatch which you can't see. The bottom image is Zuckerberg's Avatar answering a realworld phone call on his virtual watch – not a smartphone. Obviously Facebook would like to have a communications device where they could control their own user interface that's tied into their future Metaverse. 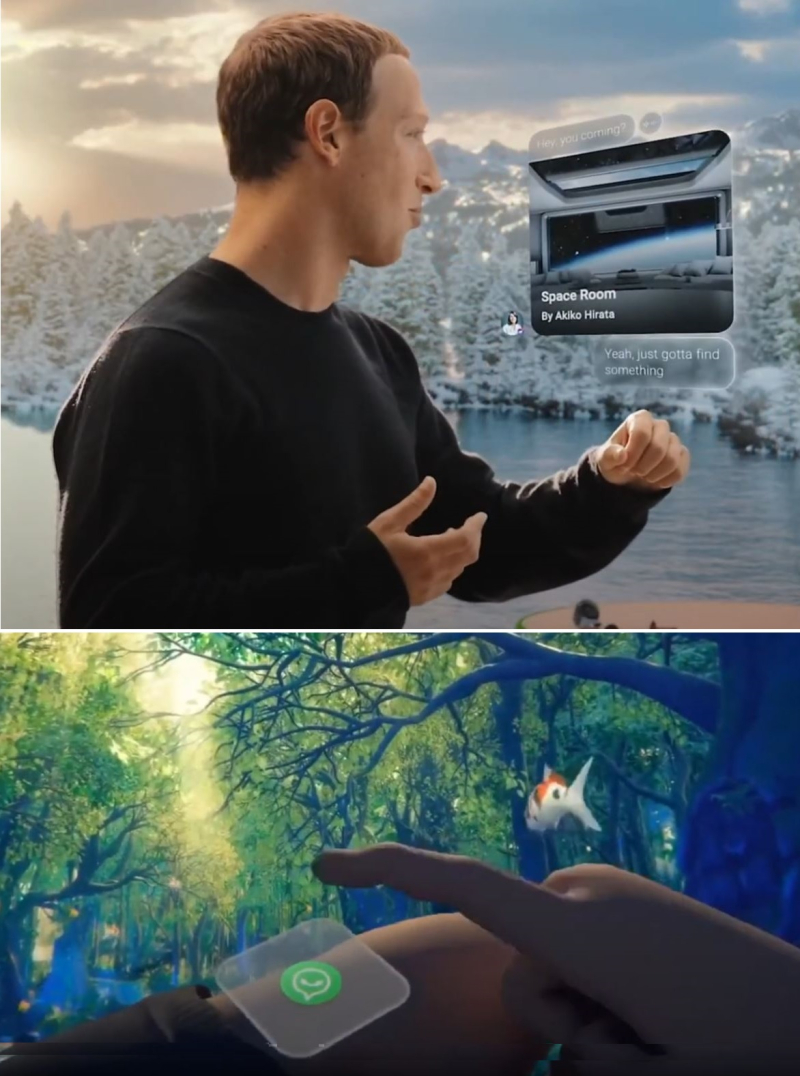