Samsung invents Stretchable Displays with Bio-Sensors that could be used as Health Patches, something that Apple could be interested in 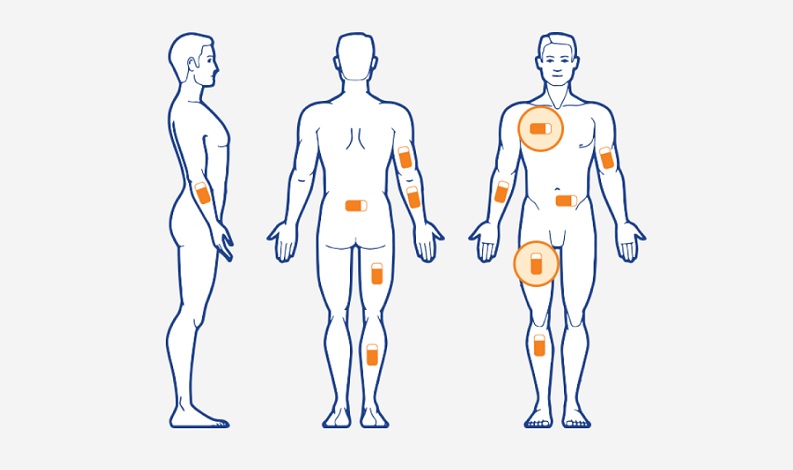 Back in 2014 Patently Apple covered a breakthrough invention/patent by Motorola that related to electronic skin tattoos that could be use for monitoring health. The experimental device could also be applied to the throat area or embedded in a collar and be voice activated. The military of law enforcement were experimenting with it as a tool that they could use on individuals, like a next-gen lie detector. The device was coined an 'MCD' or Mobile communication device. This was first publicly introduced by former DARPA head Regina Dugan who lead the advanced research for Motorola, in an interview  with Walt Mossberg.

The project was taken up by MC10 for health detectors and they've advanced the technology as seen on their website as BioStamps. Dugan tried to advance the electronic tattoo at Motorola, Google and Facebook without much commercial success.

The biosensor may be attached to a living body in a very thin patch-type or band-type, so that the biological information may be monitored in real time. 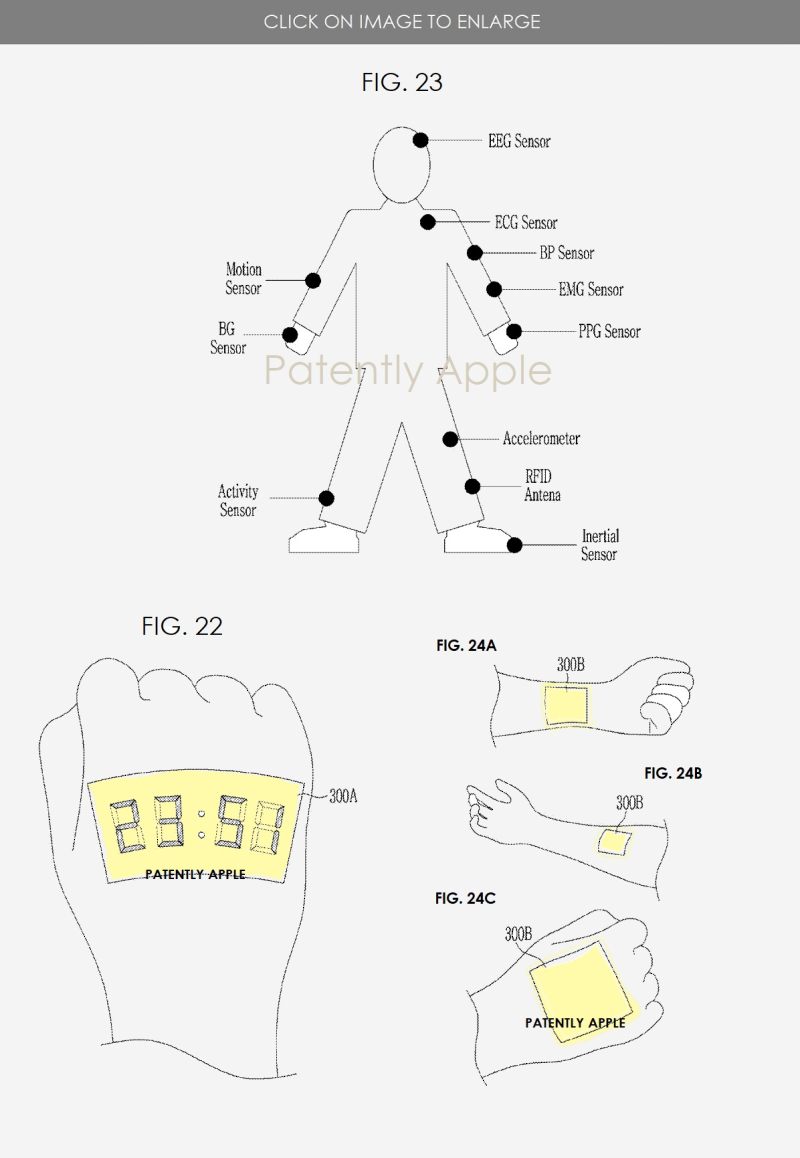 Samsung's patent FIG. 22 above is a schematic view showing an example of a skin display panel in the form of a transparent patch.

Samsung is a leading Apple display supplier and this would be no different. Apple could take advantage of this next-gen thin stretchable display technology and use it in conjunction with a future Apple Watch or other iDevice or Mac for that matter. Apple has made their Apple Watch the leading mobile heath device and this could be a way to advance certain health sensors like blood glucose or blood pressure, but in the form of a smart-patch that could communicate with Apple Watch.

The display would provide consumers with real-time data, which is needed for many health issues, especially diabetics. It could be designed as an Apple accessory device or something that a third party solution provider could use working with Apple devices.

Just as Silicon Valley companies like Google and possibly Apple are working on smart contact lenses, smart patches that are in the form of stretchable displays is yet another future breakthrough now in-the-works.