Next Week is going to be a busy one with Back-to-Back Product Events from Apple, Google and Samsung 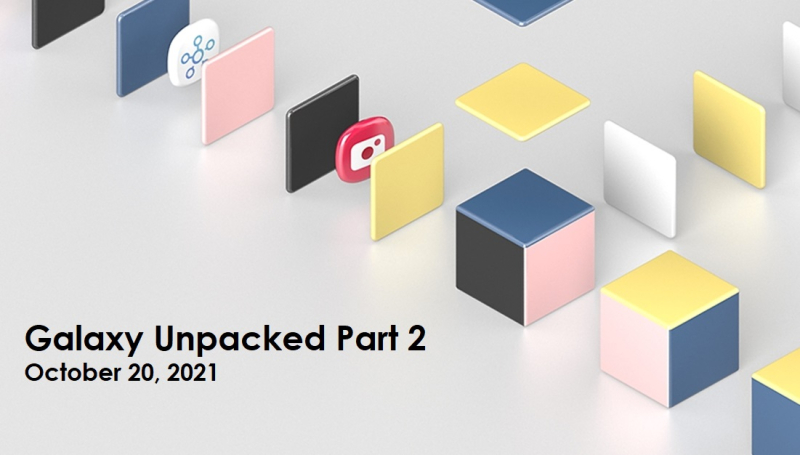 Last week we reported that Google announced that they'll be holding their next-gen product event on Tuesday October 19 and yesterday we reported on Apple's upcoming event for Monday the 18th. Today, Samsung announced that they'll be holding their fall Unpacked Part 2 event on Wednesday October 20, making it a very busy week in techland.

Samsung's press release states: "Our users are multifaceted and live life in so many colorful, interesting and unique ways. As such, the technology they use every day should reflect their individuality.

Join Galaxy Unpacked Part 2 on October 20 to see how Samsung is opening up new experiences for self-expression through technology. The event will be streamed on Samsung’s YouTube channel beginning at 10 a.m. ET.

Samsung's video above reflects that they'll be promoting the updated Android OS with a radical design overhaul as noted in the video below. Samsung wants to jump on the new OS right out of the gate so as to get their fan base pumped up for upgrades.

While the company didn’t reveal what products they'll be announcing during the event, it is expected that the South Korean firm could announce the Galaxy S21 FE and the Galaxy Tab S8 and more.