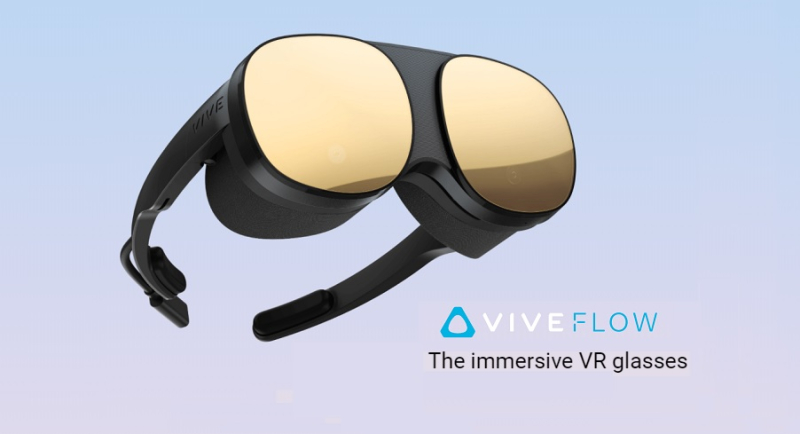 Last week HTC held a live event to announce their new VIVE FLOW lightweight immersive VR glasses. It's not designed to play heavy duty VR gaming but rather to provide users with VR experiences to help them wind down for the day with ASMR, for instance, something that Apple promoted back in August 2019 I four videos.

The glasses will also provide users with cinema-sized VR screen experiences to better watch movies and TV shows – something that will be great for Apple TV+ in the future when Apple releases their new HMD.

The video clip provided below presents you with a visual of a few key mechanical features of the VIVE FLOW glasses, that interestingly enough, have been covered in a series of Apple patents that we highlight further below.

VIVE's "Active Cooling System" is a feature that Patently Apple covered as a granted patent report back in July 2021. Apple originally filed a provisional patent for this invention back in April 2019. Below is HTC's promo image juxtaposed to Apple's patent figure. 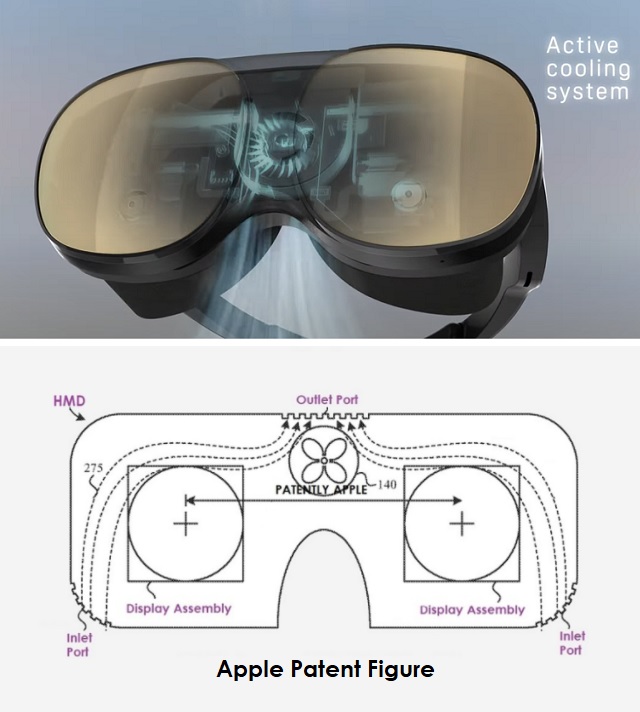 VIVE's "Adjustable Diopter Lenses" is perhaps one of the more interesting features of this device, as the video presents us with a visual that makes it easier to understand Apple's multiple patents on this feature here and here. The later patent states: a display module may include a catadioptric optical system (found in patent point #0047). The video shows us how a user will be able to adjust both the left and right lenses to suit the user's visual needs without wearing prescription glasses.

VIVE's "Phone as a VR Controller," was covered in our August 2021 patent report titled "Apple envisions an iPhone being used as a 3D Controller for VR games on a future Headset." Apple's patent dates back to 2018.

HTC also promotes the use of "Spatial Audio" for their headset which of course is something we expect will be coming to Apple's own headset with a patent supporting that.

You could view more of the promo video of the new glasses provided by Upload VR here and review HTC's press release here and/or visit their promotional website page for these glasses here.

Apple's headset is rumored to be coming to market sometime between 2022 and 2023 and hopefully with a design that stays away from that bug-face aesthetic.