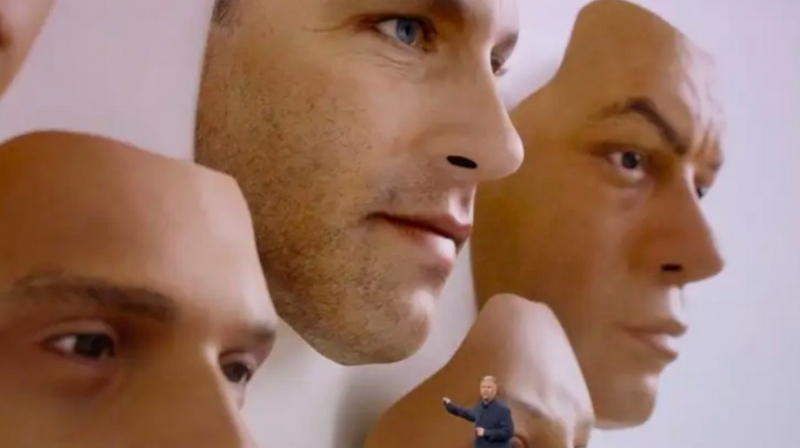 The technology behind Face ID is one of the most advanced types of hardware and software ever built into a device. The TrueDepth camera captures accurate facial data by projecting and analyzing hundreds of invisible points to create a depth map of the user’s face while capturing an infrared image of the face. With the release of iOS 15, Apple brought even more security, including improvements to anti-spoofing technology.

Malicious entities may attempt to present previously-captured images of a user to a camera of a device, for example, to pass an authentication process as an enrolled user of the device. "Spoofing" attacks typically utilize invalid data, e.g., data from another device or module purporting to be from a device's camera or images of masks, busts, 3D projections, etc. that are not actually current images of a known user.

For example, malicious entities may send signals pretending to be from a device's camera unit, to trick the device into thinking that its camera captured an image of the user, when the image was actually previously-captured by another camera. This is one example of an attack that involves spoofing a camera.

As another spoofing example, a malicious entity may present a mask or bust of an enrolled user to a camera of the device in an attempt to pass an authentication process as the enrolled user.

In various embodiments, the disclosed techniques may reduce or eliminate the effectiveness of such schemes, such that authorized users who intend to authenticate biometrically are successfully authenticated while others are denied. 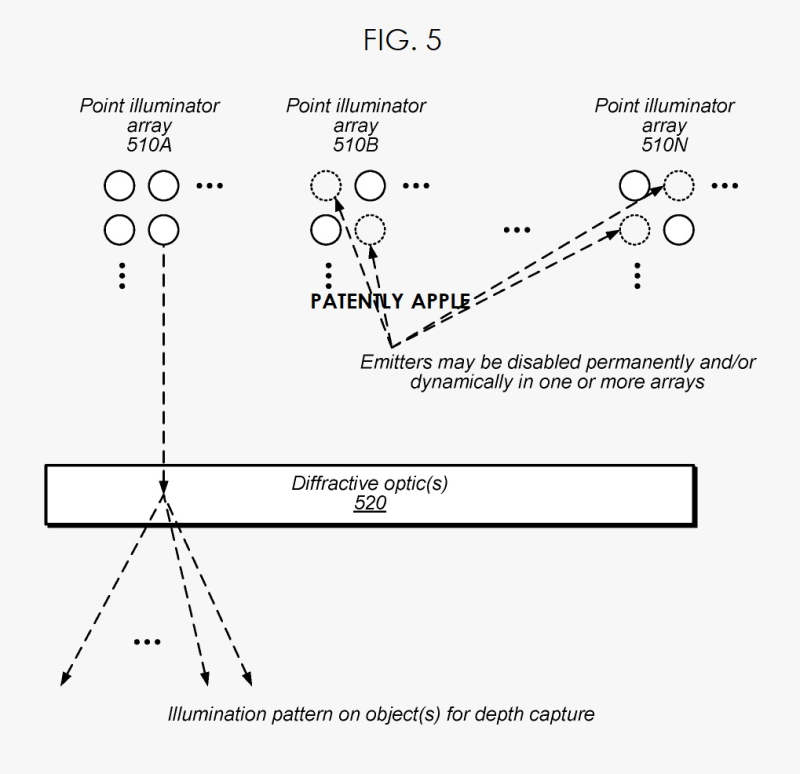 Apple's patent FIG. 8 below is a flow diagram illustrating an exemplary method for using multiple types of validation in a secure facial recognition session. 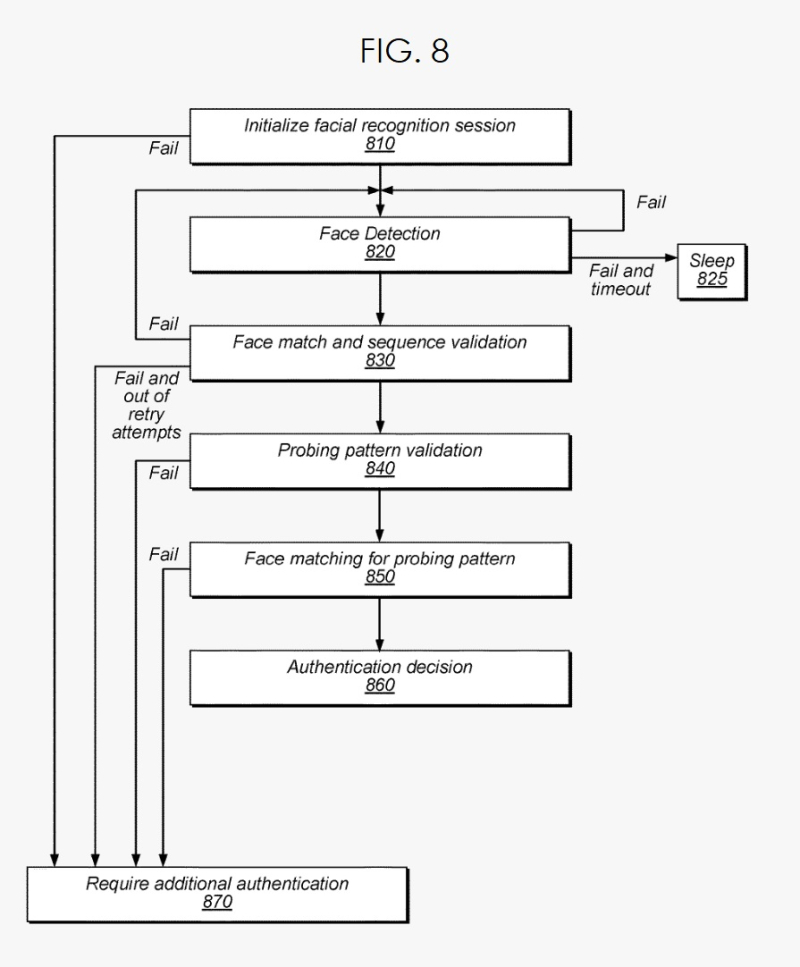 If this subject matter interests you, then there's a lot of detail that you could review in Apple's granted patent 11,151,235.