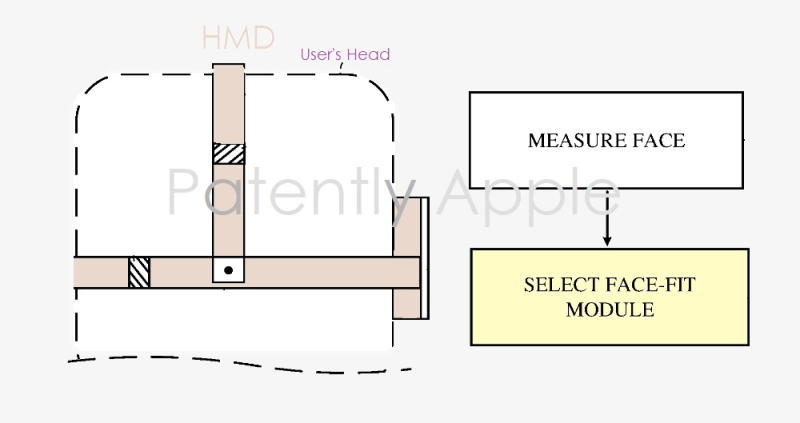 Today the U.S. Patent and Trademark Office officially granted Apple a patent that relates to wearable electronic device systems and more specifically, systems designed to ensure that the HMD fits on a user's face comfortably.

The timing of this granted patent is interesting considering that Apple analyst Ming-Chi Kuo's latest investor note to clients states that Apple's HMD will be delayed from Q2 2022 to at least Q4 2022 if not early 2023 – with one of the reasons being Apple's continuing work on providing a "comfortable fit," for their HMDs which is exactly what today's granted patent covers.

Apple's granted patent covers a customized face-fit module that may be selected based on user facial feature characteristics in the three-dimensional image of the user's face such as facial size and the shapes of a user's forehead, nose, and cheeks. 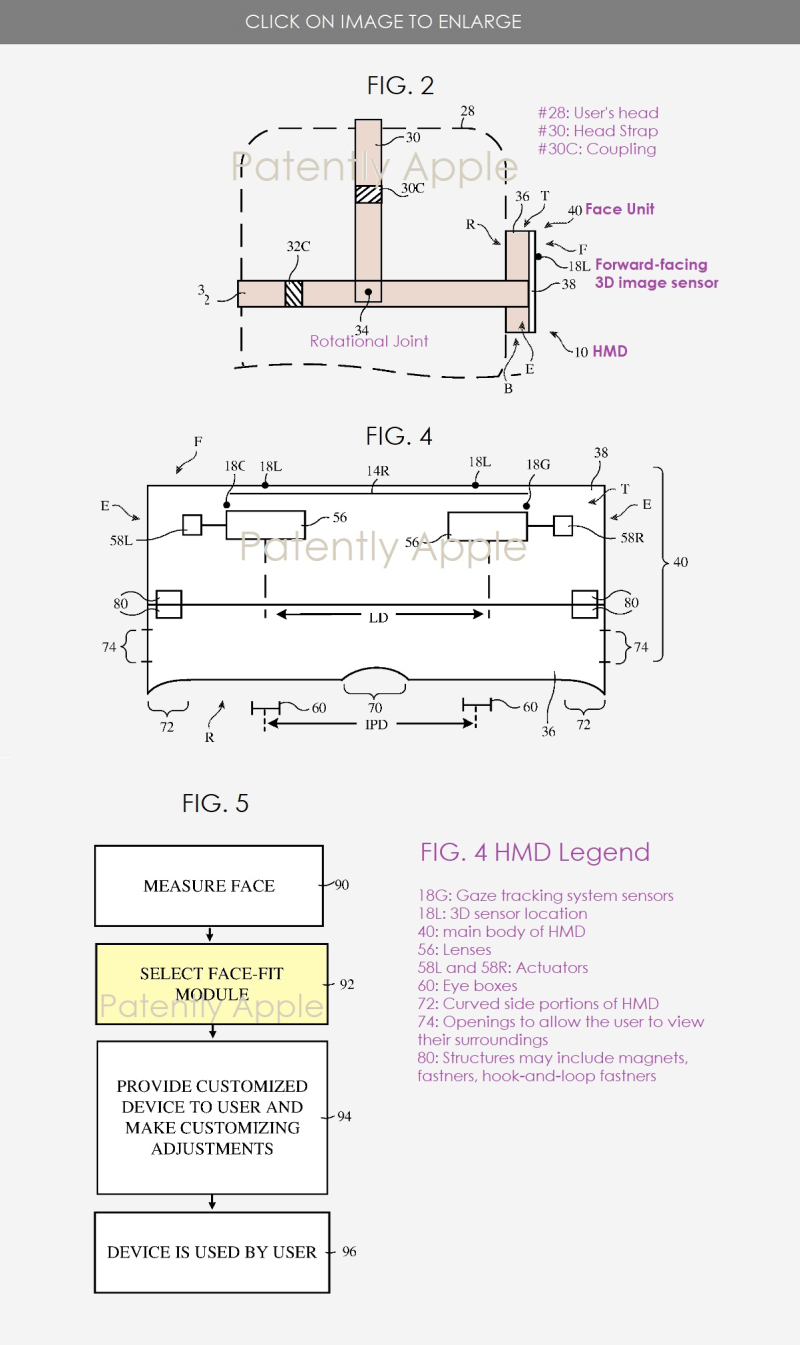 On Sunday Patently Apple posted a report titled "HTC's new VIVE FLOW Immersive VR Glasses interestingly has a few key features that we've covered in a series of Apple patent reports." In that report I pointed to a series of features on HTC's headset mirroring Apple patents on a cooling system; adjustable diopter lens system; spatial audio; and using a smartphone as a VR controller.

Today's granted patent that describes the use of a custom fit unit snapping on the HMD via magnets is yet another patented feature that HTC's HMD will be using as presented in the graphic below. This is Apple's second patent for this invention dating back to at least 2018. 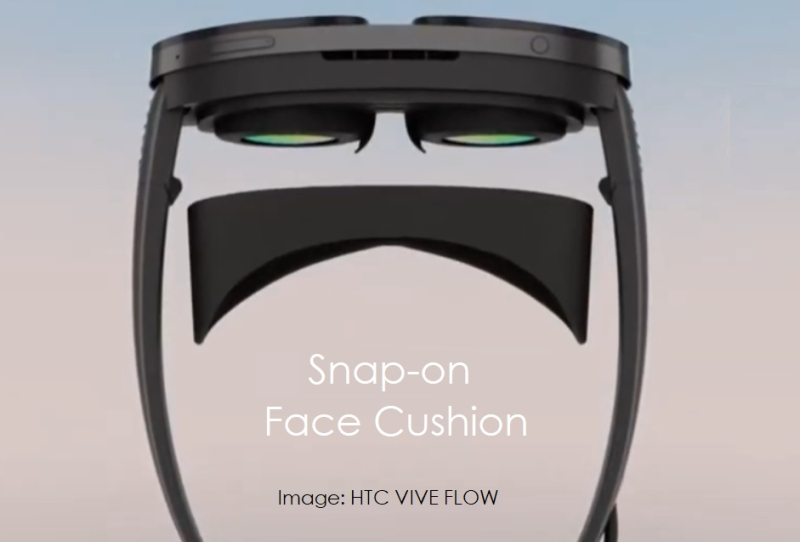