Apple introduced their new M1 Pro and M1 Max processors that power their newly designed MacBook Pro models that were revealed at a special event on Monday. That very day Apple legal filed for the trademarks for these chips. Interestingly the M1 chip filings had multiple entries relating to their future Headsets and Smartglasses. Trademarks for these chips have yet to surface in the U.S. or Hong Kong. In addition, Apple legal filed for the 'AirTag' trademark in Europe on Tuesday. 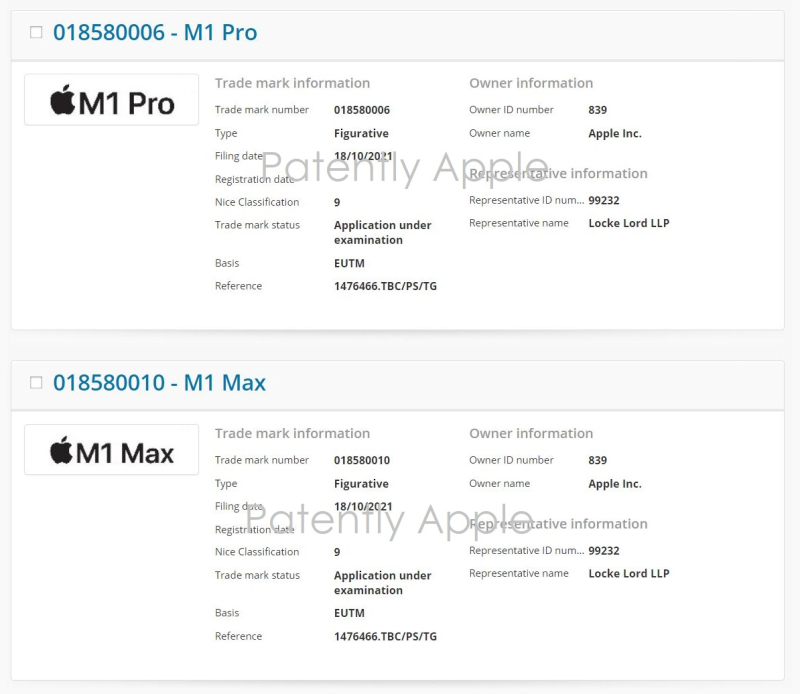 Apple filed both M1 Pro and M1 Max under the same International Class 009 with the same verbiage, that in-part is presented below. Patently Apple highlighted Apple's multiple entries for the processor relating to future "HMD" products in red text.

Apple legal also filed for AirTag in Europe under International Classes 25 and 28 as follows:

Class 28: "Toys; games and playthings; exercise and fitness machines and equipment; playing cards; electronic hand-held game units; computer games, video games, and computer and video game apparatus, other than coin operated or those adapted for use with television receivers."

You have to wonder why Apple placed so much emphasis on AirTag related to games?