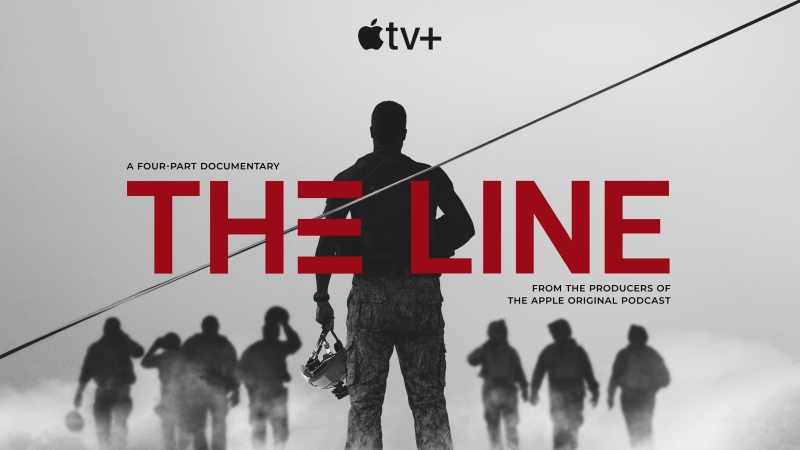 Following the release of the immersive Apple TV+ Original podcast "The Line" earlier this year, Apple TV+ today unveiled the trailer a new four-part, limited documentary series by the same title that examines the unprecedented 2018 case in which a US Navy SEAL platoon accused its chief, Eddie Gallagher, of war crimes. All four parts of "The Line" will premiere globally on November 19, 2021 on Apple TV+.

Featuring exclusive interviews with Gallagher, his wife Andrea, members of SEAL Team 7 who accused their chief, journalist Dave Philipps, former Secretary of the Navy Richard Spencer and more, the docuseries is a raw look inside Seal Team 7 and the deployment that pushed the bonds of brotherhood to their limits.

Told through first-person accounts and never-before-seen footage gathered by the SEALs during their controversial tour in Mosul, Iraq, "The Line" hunts for the truth behind the events that led to one of the highest profile war crimes trial in recent history, revealing a nation deeply divided over how we fight war.

All episodes of Apple TV+ Original podcast “The Line” are currently available on Apple Podcasts, where available.