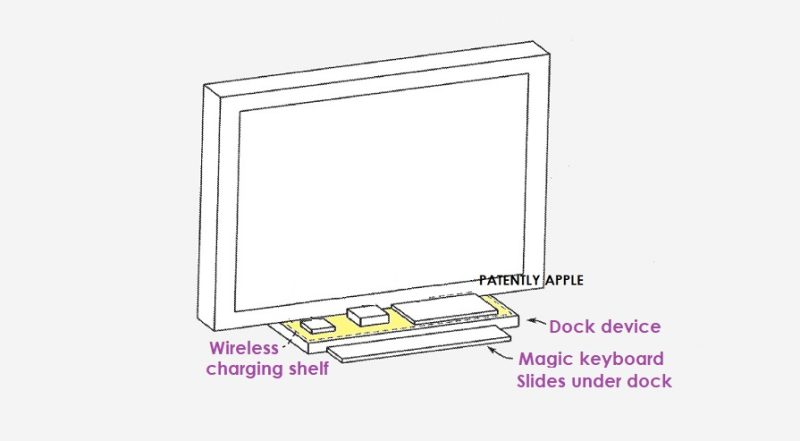 Last month the US Patent & Trademark Office published a patent application from one of Apple's hardware teams that illustrates a series of possible future iMac concepts. Two of the inventors have been with Apple over 20 years and worked on Macs. So, there's a lot of talent behind this patent.

More particularly, the patent relates to a possible integrated wireless charging dock, different stands, double hinged stand that shows the display being able to lower itself to be used by Apple Pencil Artists and more as presented in the images below.

The dock device can include a dock housing removably positionable under and in contact with the computer housing. In patent FIG. 9, the design concept appears to be a stand alone monitor that fits into a groove of the wireless charging dock that could charge multiple iDevices, a mouse and a keyboard that fits under the dock. 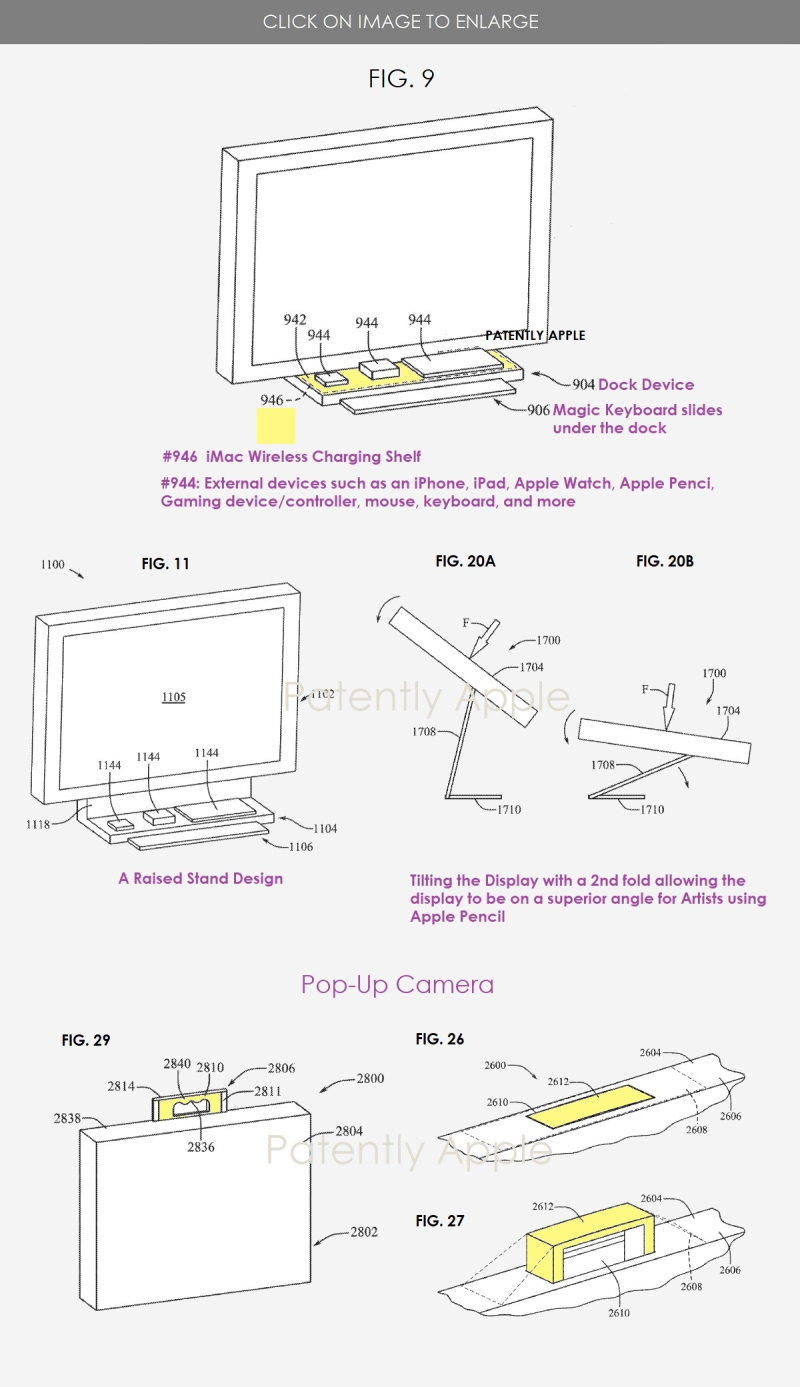 In Apple's patent FIG. 11 we see that the wireless dock is part of a next-gen iMac base.

In patent FIGS. 20A and B above, we're able to see how the display of a future iMac may be able to tilt back in two positions to assist artists work better. This concept is reminiscent of Microsoft's 2018 Surface Studio desktop with a display that could fold down for artists as pictured below. Such a design would require a touch screen which Apple has been stubborn to implement. With that said, artists would love to have this option. Another PC feature that Apple may deploy in the future is a pop-up camera as illustrated above in patent FIGS. 26, 27 and 29. This is a feature that HP introduced years back and iJustine reviewed the all-in-one with this feature in the snippet below. The HP desktop also integrated wireless charging on the unit's base like Apple's patent illustrated above.

You could see the entire iJustine review here where she describes using the HP all-in-one for her podcast setup.

One of the iMac concepts in the patent pretty well matches the 2021 iMac redesign with new hinge system as presented below. So, in a way, this is partly a patent fulfilled. 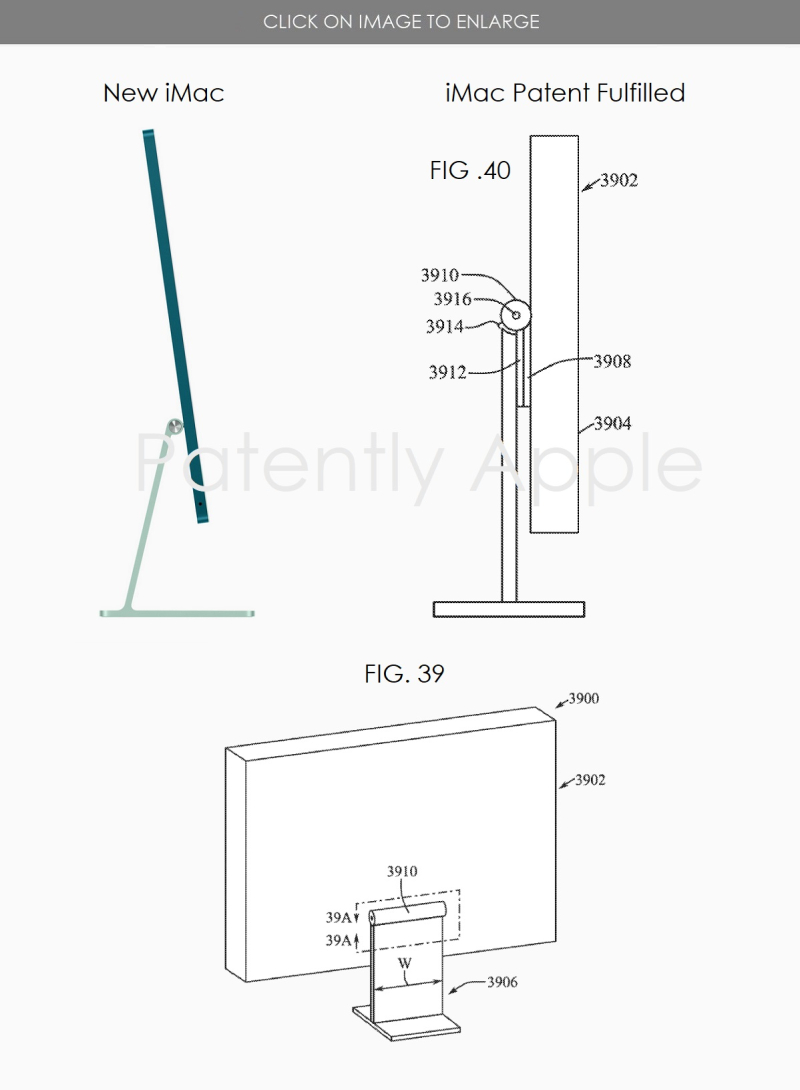 There are other concepts found in patent application 20210289645 that you could check out here.

Bart Andre: Industrial Designer – Veteran designer going back to around 1992