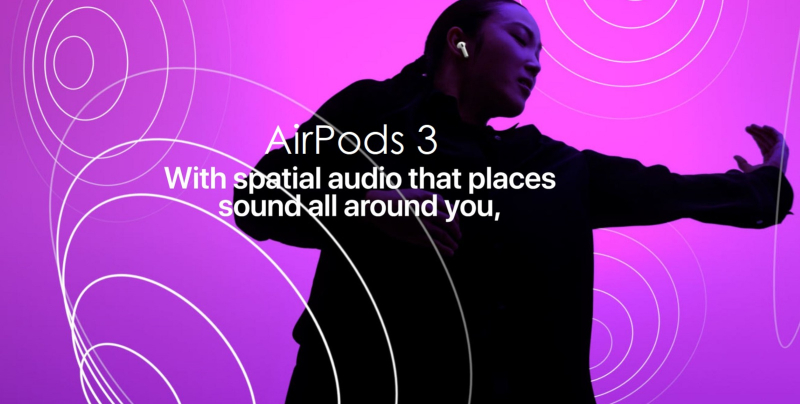 Apple's leadership in the TWS market continues and about to widen with the release of their new AirPods 3 introduced today with industry-leading sound via spatial audio, longer battery life and an all-new design.

By combining the power of the H1 chip with an Apple-designed acoustic system, the new AirPods use computational audio to deliver breakthrough sound with Adaptive EQ. Users can enjoy spatial audio featuring Dolby Atmos in Apple Music, movies, and tv shows, along with dynamic head tracking, across Apple devices. The new AirPods are resistant to sweat and water, and feature a force sensor for easy and intuitive control of music and phone calls. The extended battery life enables up to six hours of listening time1 and up to 30 hours of total listening time with the convenient charging case. 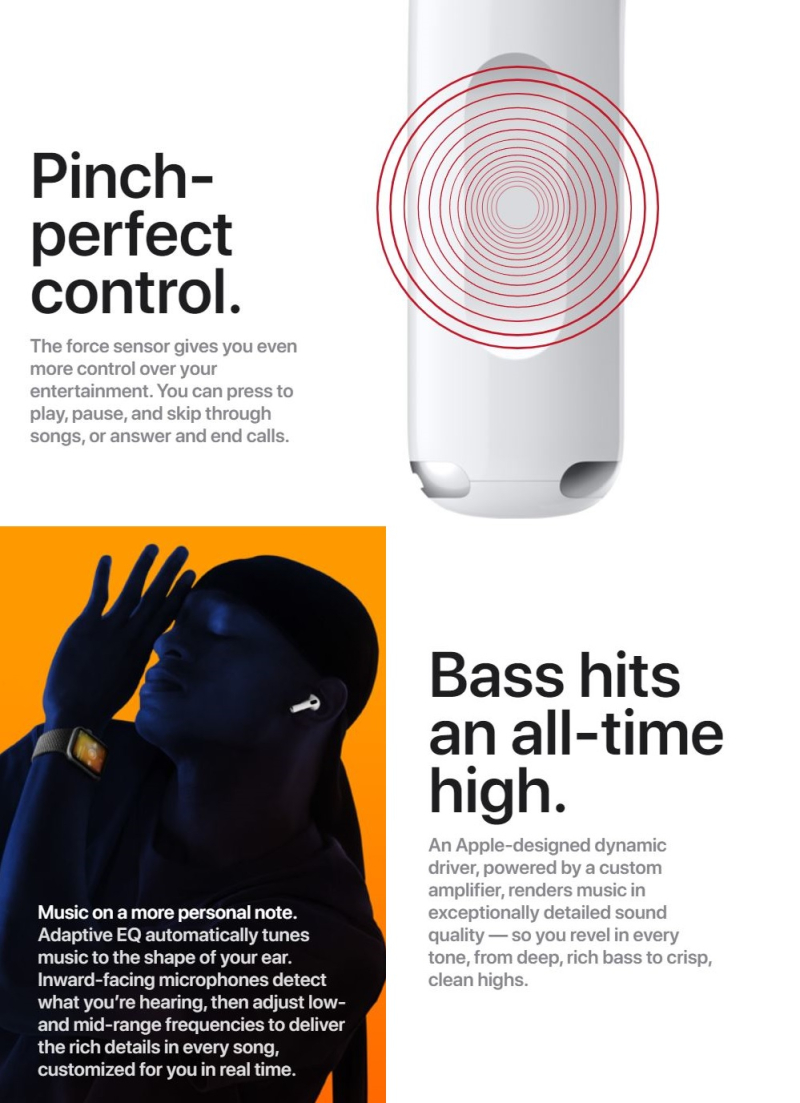 AirPods (3rd generation) join the world’s most popular family of headphones and are available to order starting today, and in stores beginning Tuesday, October 26. For more on AirPods 3, Read Apple's full press release. 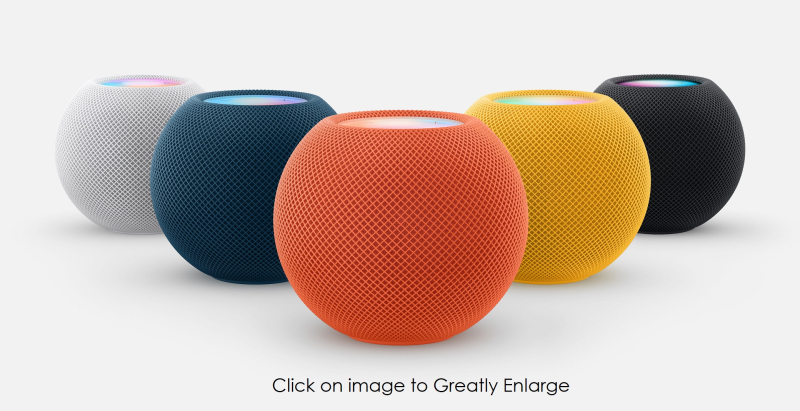 Apple today introduced HomePod mini in three bold new colors — yellow, orange, and blue — giving users more ways to express their personality and style in any space. At just 3.3 inches tall, HomePod mini offers a great music-listening experience, the intelligence of Siri, and smart home capabilities, with privacy and security built in. Its seamless integration across Apple’s products and services make HomePod mini the ultimate smart speaker for anyone with an Apple device. HomePod mini will be available in these new colors, along with white and space gray, with color-matched details throughout, including the tinted touch surface, mesh fabric, volume icons, and woven power cable, starting in November for just $99.

Bob Borchers, Apple’s vice president of Worldwide Product Marketing:  "HomePod mini sounds incredible, and with access to more than 90 million songs in the global Apple Music catalog and deep integration with your Apple devices, it’s the must-have smart speaker for iPhone users. With new vibrant colors, HomePod mini fits in even more places and delivers amazing sound, the power of Siri, and simple and secure smart home controls, all while protecting your privacy."

For more on this, read Apple's full related press release. 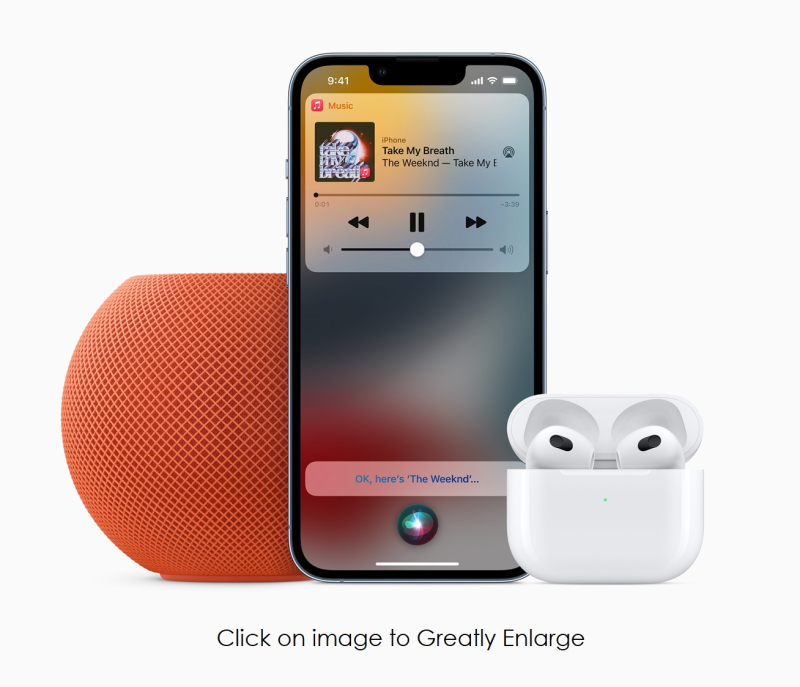 Apple also announced their all-new Apple Music Voice Plan, a new subscription tier for Apple Music designed around the power of Siri. The Apple Music Voice Plan offers subscribers access to the service’s catalog of 90 million songs; tens of thousands of playlists, including hundreds of brand new mood and activity playlists, personalized mixes, and genre stations; as well as the award-winning Apple Music Radio — all through Siri for just $4.99 per month starting in select countries and regions not yet revealed.

Oliver Schusser, Apple’s vice president of Apple Music and Beats: "Apple Music and Siri are natural partners and already work seamlessly together. With Siri actively used on hundreds of millions of devices worldwide, we are thrilled to add this new plan that delivers an effortless music experience just by using your voice and makes Apple Music accessible to even more people around the world." 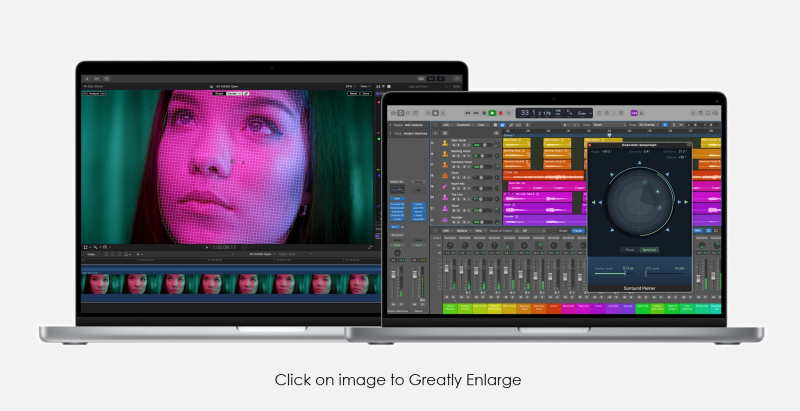 Lastly, Apple today updated Final Cut Pro and Logic Pro with powerful new features for creative professionals, and optimizations that take full advantage of the power and performance of the M1 Pro and M1 Max chips in the all-new MacBook Pro.

Professional video editors using Final Cut Pro on the new MacBook Pro can perform tasks never before possible on a Mac, like the ability to play seven streams of 8K ProRes or color grade 8K HDR video with the new Liquid Retina XDR display — a first for any notebook.

Final Cut Pro also introduces a new Object Tracker that uses machine learning to automatically detect faces and objects, and match their movement to create beautiful, cinema-quality titles and effects on any Mac. Logic Pro, Apple’s pro music creation software, now comes with a complete set of tools for authoring spatial audio music — allowing anyone to mix and export their songs in Dolby Atmos for Apple Music. And musicians can use up to 3x as many plug-ins for recording on the all-new MacBook Pro with M1 Max.

Final Cut Pro and Logic Pro are Universal apps that build upon the breakthrough performance and pro capabilities of macOS Monterey, and both are available today on the Mac App Store.

Bob Borchers, Apple’s vice president of Worldwide Product Marketing: "The world’s most creative people use Final Cut Pro, Logic Pro, and the Mac to make the memorable movies, TV shows, online videos, songs, and soundtracks that we all enjoy. With the combination of powerful new features in Final Cut Pro and Logic Pro, and the unprecedented performance from the MacBook Pro powered by the all-new M1 Pro and M1 Max, pros will be able to push the limits of their creativity like never before."