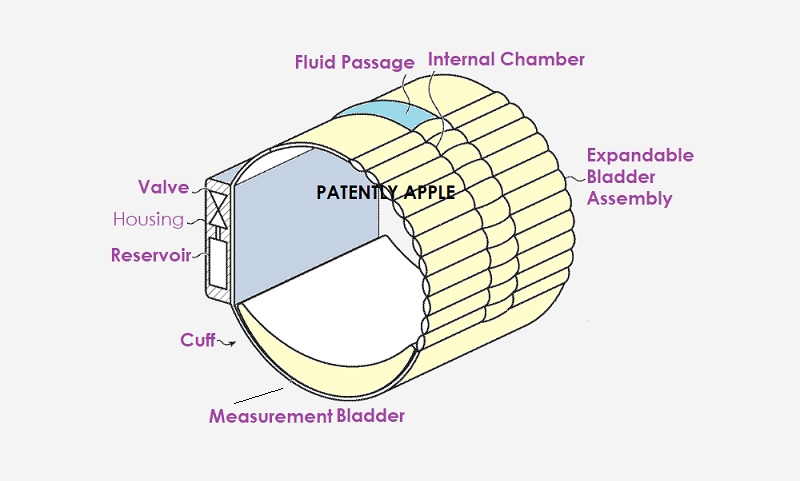 Apple has been working on various news ways for users to take a blood pressure measurement via a wrist device or a next-gen cuff and we covered a number of their patents since 2018 (01, 02, 03 and more). Today the US Patent & Trademark Office published a new patent application from Apple that relates to methods, devices and systems for measuring physiological parameters of a user. More particularly, the present embodiments relate to cuffs that can be worn around a limb of a user to secure a blood pressure measurement device to the user.

This is definitely about a next-gen multifaceted medical device because it could go beyond simply measuring blood pressure. For example, Apple envisions many unique sensors could be added to the cuff that could provide users and doctors with a series of vitals. For instance, some of the sensors could measure heat, movement, relative motion, biometric data (e.g., biological parameters) and so much more that we point out later.

In Apple's patent background they note that a user may monitor one or more of their physiological parameters by attaching a monitoring device such as a blood pressure monitor to one of their limbs. The blood pressure monitor may include an inextensible cuff that secures an inflatable bladder against a limb of the user. The inflatable bladder can be expanded, and the inextensible cuff may cause the bladder to compress the limb, thereby compressing one or more blood vessels in the limb and restricting and/or stopping blood flow through the vessels. The various pressures in the inflatable bladder that restrict and/or stop blood flow through the vessels in the limb may be measured and used to determine one or more physiological parameters of a user such as blood pressure of the user.

In some cases, an inextensible cuff may result in more accurate blood pressure measurements due to the lower amount of expansion required to compress a user's arm and/or result in more efficient operation of the physiological measurement device due to less work required by the hardware components (such as a compressor or air pump).

In some embodiments, the cuff can include a first section that can transition between the stretchable state and the locked state, a second section that is relatively inextensible and a measurement bladder that is at least partially located along an interior of the cuff. 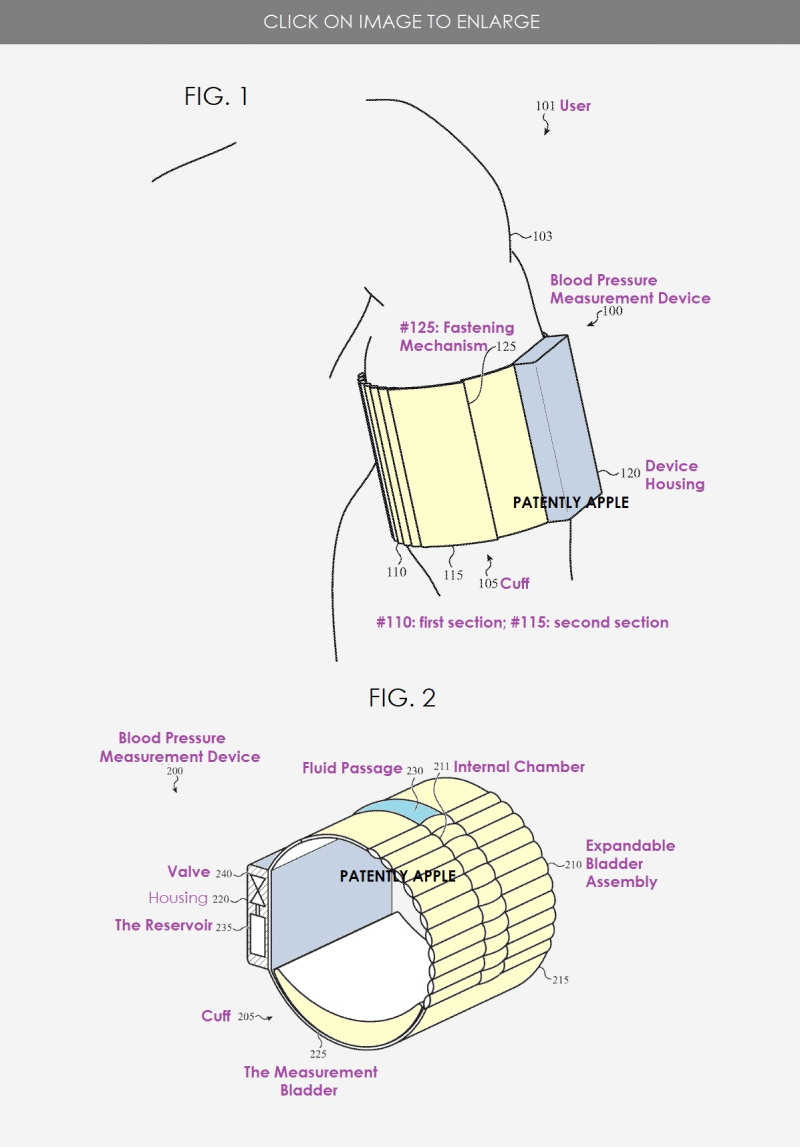 Apple further notes that the electronic device/cuff could include one or more sensors configured to sense one or more type of parameters, such as but not limited to, pressure, sound, light, touch, heat, movement, relative motion, biometric data (e.g., biological parameters), and so on.

Additionally, the one or more sensors can utilize any suitable sensing technology, including, but not limited to, capacitive, ultrasonic, resistive, optical, ultrasound, piezoelectric, and thermal sensing technology.

This is another deep patent with numerous patent figures and great detail that users and those in the medical field could explore in Patent application 20210321889 here.