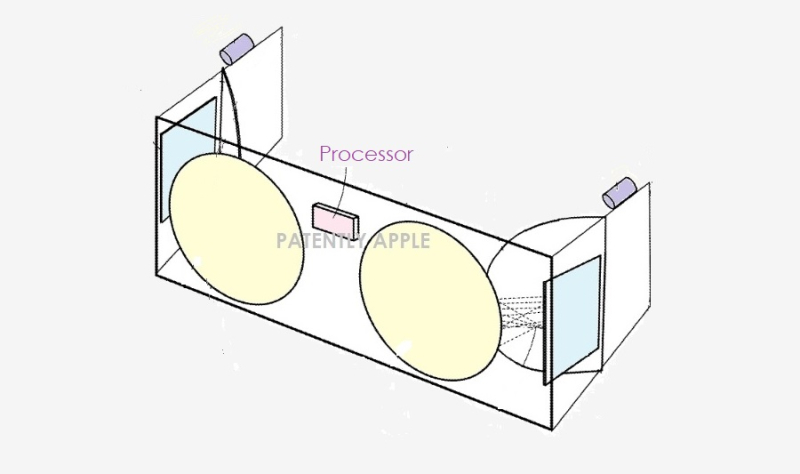 In Apple's patent background they note that conventional virtual reality and augmented reality systems may suffer from accommodation-convergence mismatch problems that cause eyestrain, headaches, and/or nausea. Accommodation-convergence mismatch arises when a VR or AR system effectively confuses the brain of a user by generating scene content that does not match the depth expected by the brain based on the stereo convergence of the two eyes of the user.

Accommodation-convergence mismatch problems are undesirable and may distract users or otherwise detract from their enjoyment and endurance levels (i.e., tolerance) of virtual reality or augmented reality environments.

Apple's granted patent covers various embodiments of methods and apparatus for providing virtual reality (VR) or augmented reality (AR) systems.  Embodiments of a direct retinal projector are described that may, for example, resolve the convergence-accommodation conflict in head-mounted AR and VR systems. A VR or AR headset system is described that may include or implement different techniques and components of the direct retinal projector.

In some embodiments of a gaze tracking component, a light source (e.g., an infrared (IR) LED) projects a beam of IR light. One or more beam splitters help ensure that the IR beam is roughly q to the center of the scanned light field generated by the projector component of the direct retinal projector system.

Both the projected light and the IR beam are reflected off a 2D scanning mirror and the curved ellipsoid mirror before reaching the subject's eye. A portion of the IR beam entering the pupil of the eye reflects off the retina and emerges from the pupil again (forming a "bright pupil"). The returning IR beam reflects off the curved ellipsoid mirror, the 2D scanning mirror, and the beam splitters to reach a position sensing detector (PSD), for example a quadrant cell technology PSD (also referred to as a quad cell PSD). 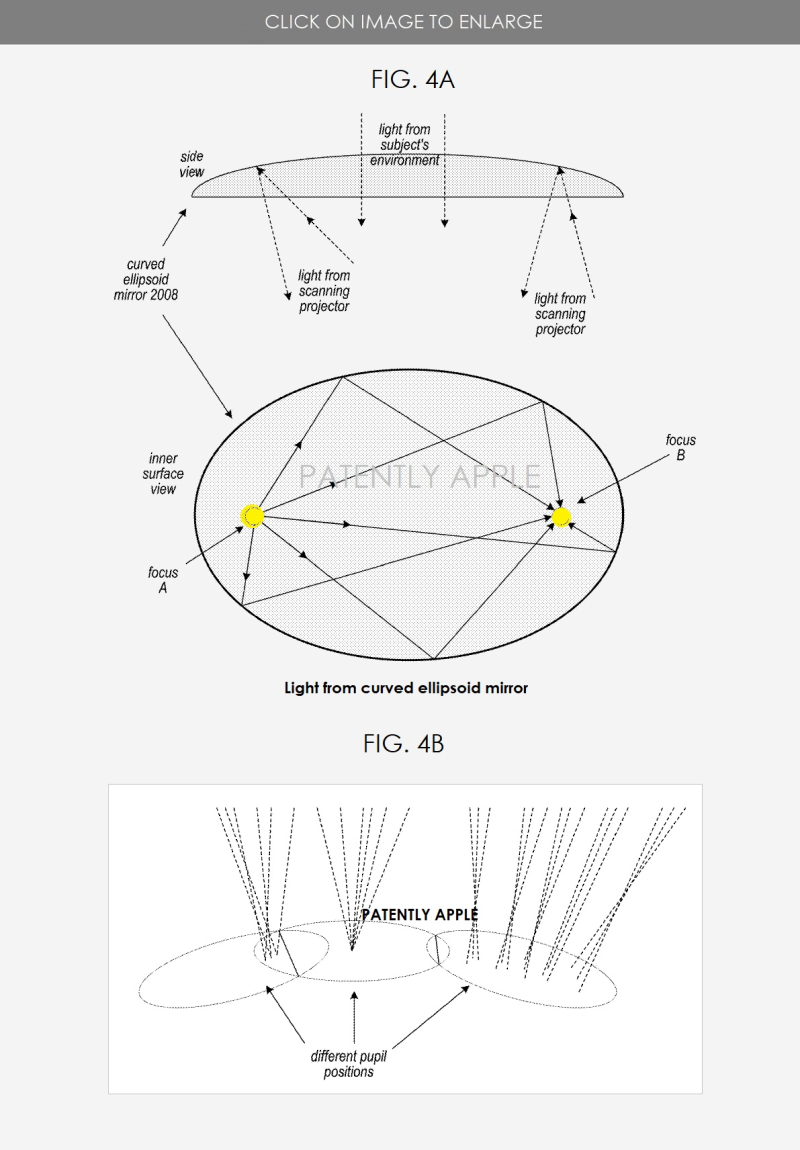 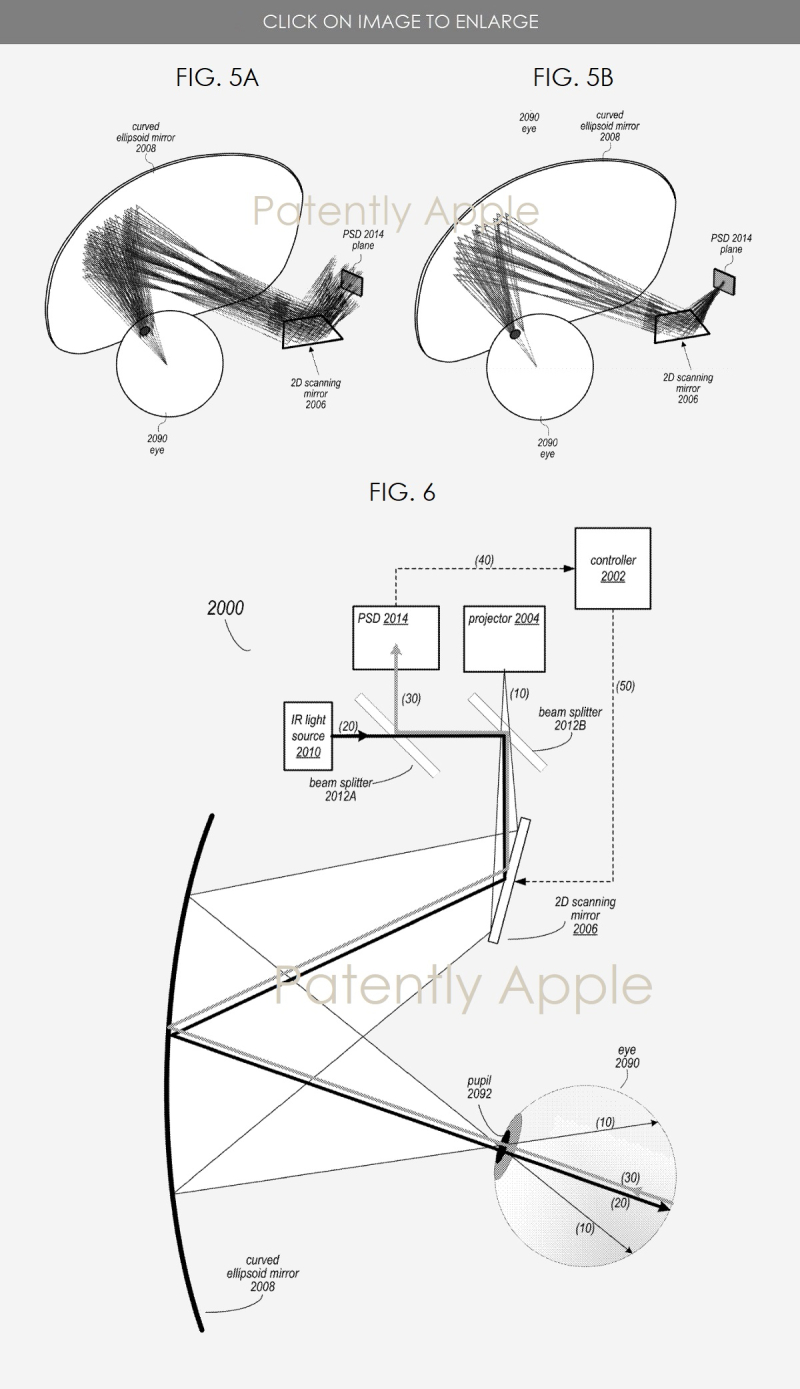 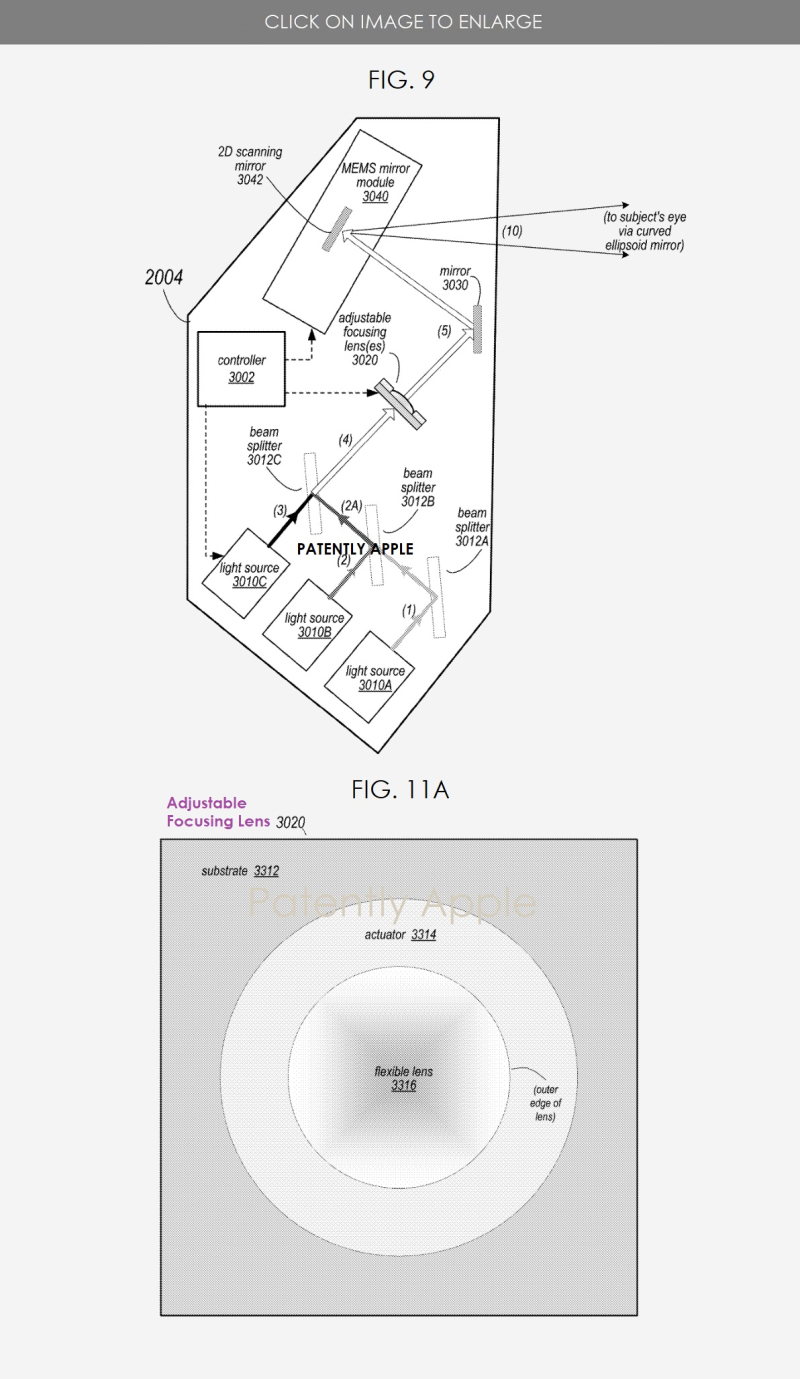 Apple's patent FIG. 11A above illustrates an example optical actuator #3020 that may be used as an adjustable focusing element for the beam in the projector. 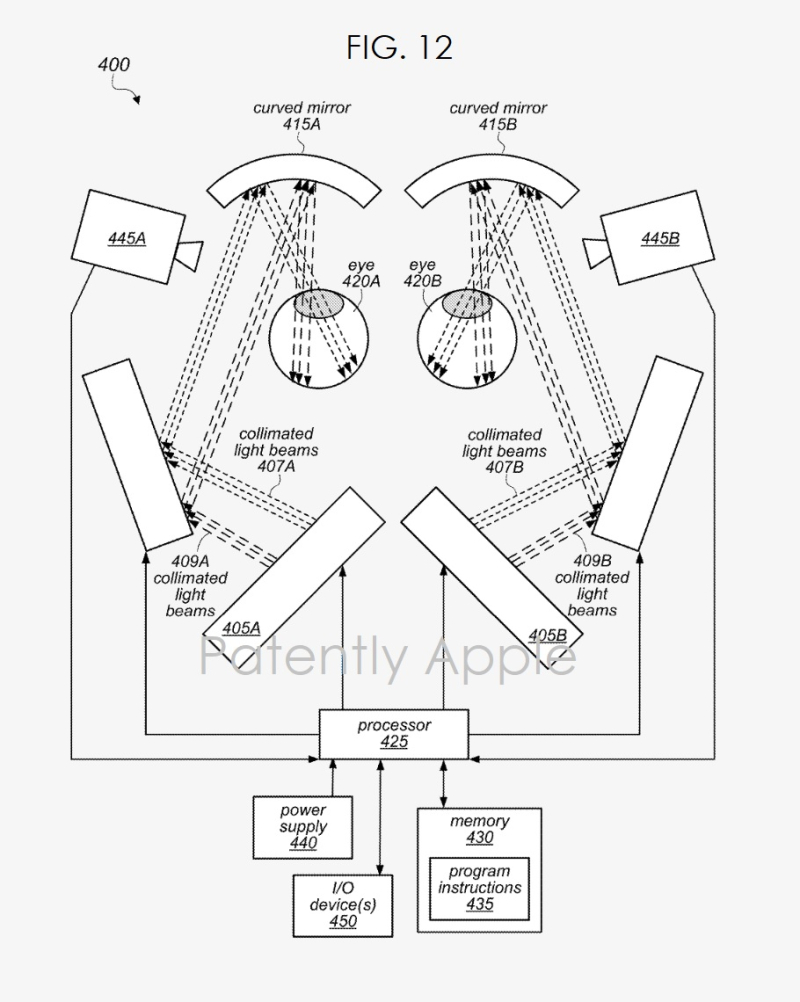 Apple's patent FIG. 17 below is a logical block diagram of a frame for a VR/AR device. The figure presents an example of a system (#900) including a frame (#905) that may be configured to hold various elements of a VR/AR device, such as the elements of system #400 of FIG. 12. In various embodiments, the frame may be a glasses frame, a goggles frame, a helmet, or the like, configured to be worn on or over a subject head so as to position the curved mirrors (#415A and 415B) in front of the subject's (#990) left and right eyes, respectively. 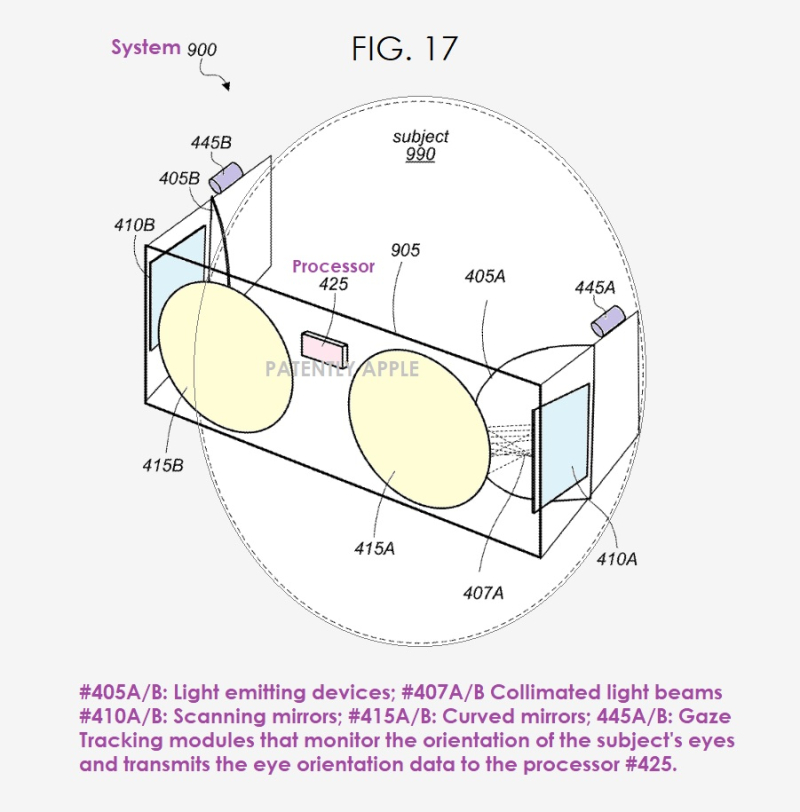