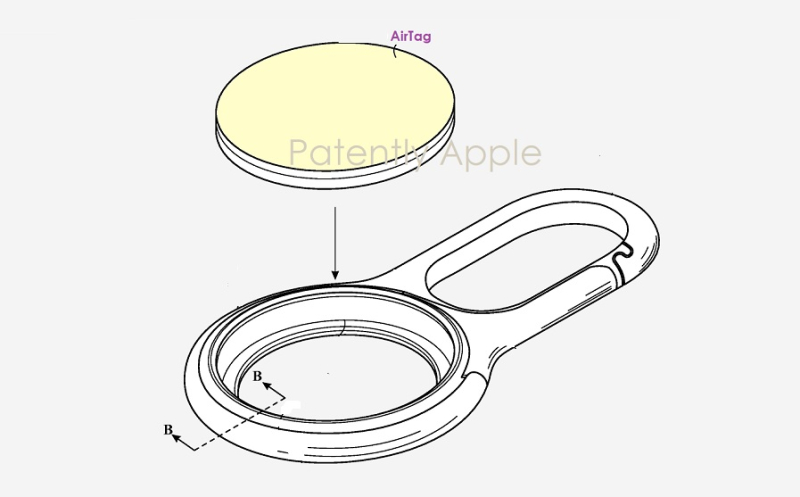 Carabiners, have become integrated into everyday use as a convenient method of holding key rings, various tools, and other objects, due to the ease and speed with which objects can be attached and removed from the device. Today the U.S. Patent and Trademark Office officially granted Apple a patent that relates to a carabiner-type AirTag carriers, and, more particularly, to an AirTag carrier with a unibody construction.

Apple's granted patent covers a carabiner-type carrier that can form a ring shape with a rigid frame and a moveable gate that interlock together to form the loop shape that continuously encloses an inner region in the closed configuration.

It would be advantageous to provide a carrier with a capability to secure hold a device while simultaneously providing a mechanism for easily attaching the carrier to other items. Such items can include key rings, loops on clothing, and other articles while securely retaining any device supported by the carrier.

It can also be advantageous to provide the carrier in a form that is aesthetically pleasing. While some carriers, such as carabiners, as of a sturdy construction, they often feature bulky metal components, hinges, and other assembled parts that may have an unpleasing appearance.

Device carriers described herein can enable a user to readily attach, detach, and exchange a device with other objects and/or to a user for easy access. The construction can include both rigid and flexible parts that are formed together to both facilitate easy operation and be resistant to wear. The construction can further provide an elegant appearance. 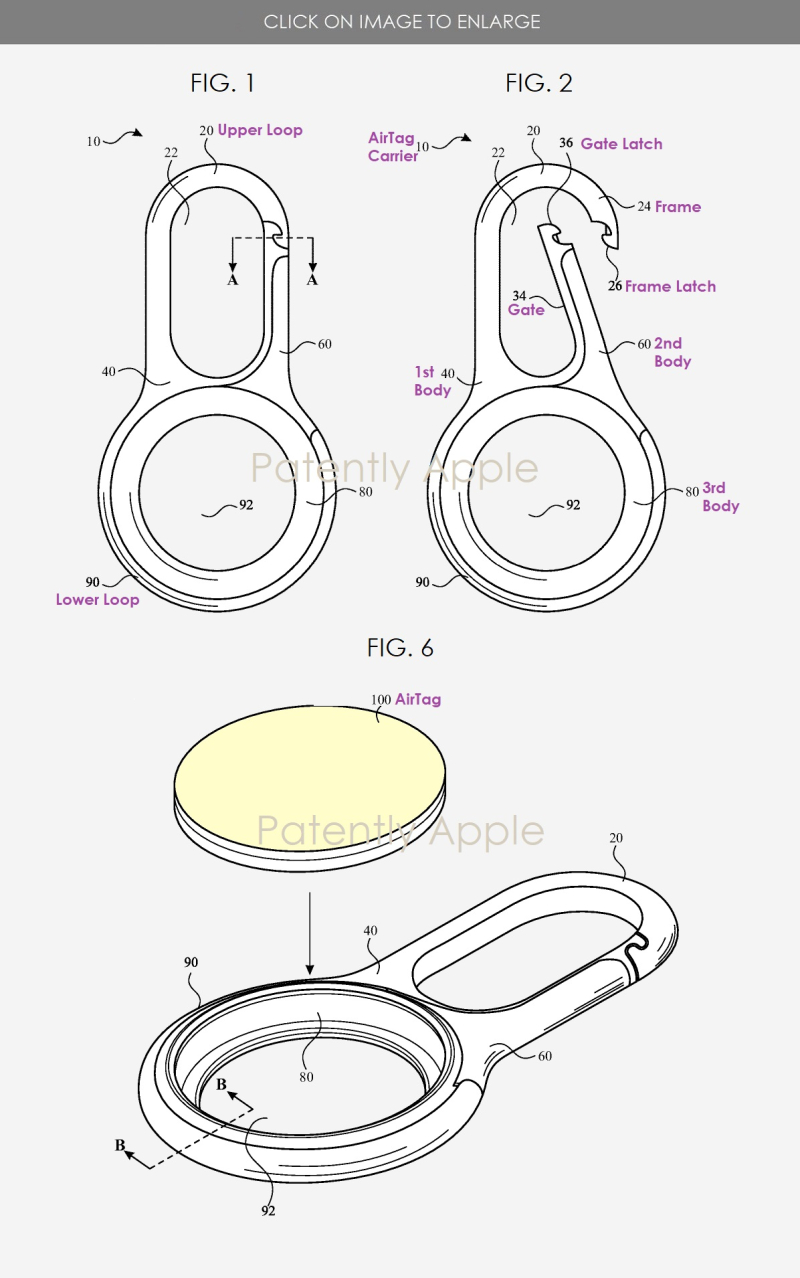 Apple's patent FIG. 6 above illustrates a perspective view of a device carrier having a first body, a second body, and a third body, along with a device (AirTag) to be inserted into the third body.