Home Archives Contact Us Subscribe Twitter MeWe Facebook Patently Mobile
Korea: Apple called to Pay US$46.4 Million in Corporate Taxes
Apple wins a Patent for an HMD and/or Smartglasses interacting with a Virtual Keyboard that works with a Tracking Device 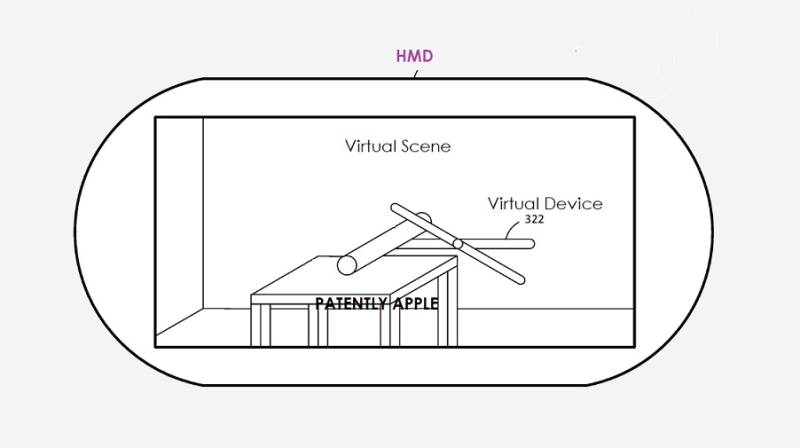 Over the weekend Patently Apple posted two patent application reports covering input systems in the form of finger gestures on a VR glove and devices including a ring for Apple's future Mixed Reality (MR) Headset. Today the U.S. Patent and Trademark Office officially granted Apple a patent that relates to another input device that Apple has been working on for their headset. The granted patent is titled " Interactive computing system and control device." It's the first time it has been published as an Apple patent.

Apple notes in their patent background that interactive computing systems, such as gaming consoles and simulators, receive user inputs with a physical control for controlling virtual objects. The virtual objects may, for example, include various types of virtual devices that resemble familiar physical devices and that are controllable by the user with the control device. For example, the user may use the physical control device to control characters in video games or flight controls in flight simulators.

Apple's granted patent covers interactive computing systems and control devices that receive physical inputs and provide physical outputs (e.g., feedback or tactile feedback) for manipulating a virtual device. The physical outputs provided by the control device simulate or resemble physical behavior of a physical device simulated or resembled by the virtual device. As a result, the user may more intuitively control the virtual devices with the input device and may have a more immersive experience with the interactive computing system.

Further and more particularly, the control device physically mimics or resembles the physical interactions with tools or devices that are operated by biasing one portion of the tool toward and/or away from another portion of the tool. Such physical tools may, for example, be a type of handheld tool that is operated when grasped, compressed, and/or expanded by the user's hand(s), such as different types of grabbing devices (e.g., pliers, tongs, etc.), cutting devices (e.g., scissors, garden shears, etc.), and other devices or tools (e.g., staplers, nut crackers, etc.).

The control device receives user inputs by the user pressing together or pulling apart portions of the control device that are opposed to each other (e.g., by applying forces thereto and/or causing movement thereof).

For illustration purposes, the tactile feedback provided by the physical output of the control device may vary according to whether the resembled physical device is a pair of plastic scissors, metal scissors, or sprung garden shears. 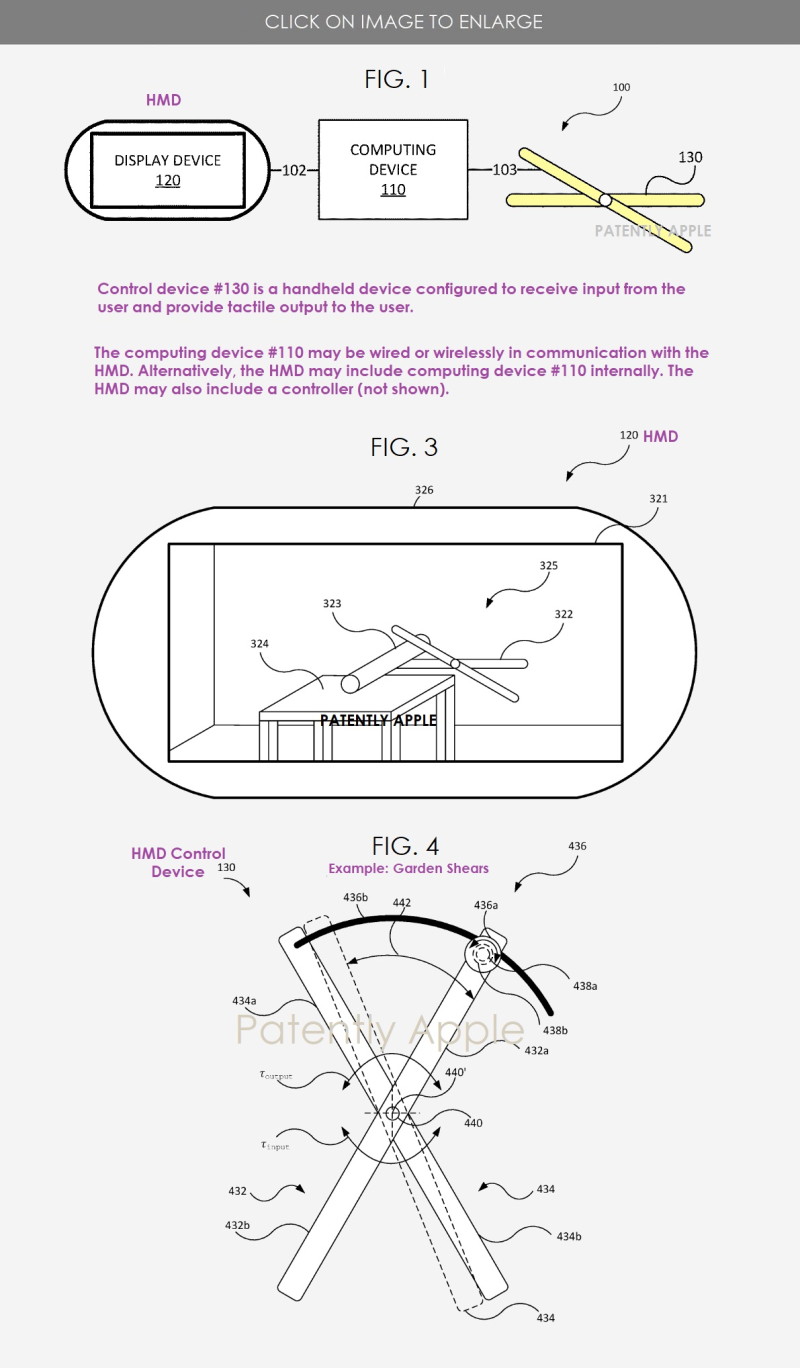