Home Archives Contact Us Subscribe Twitter MeWe Facebook Patently Mobile
Next Week is going to be a busy one with Back-to-Back Product Events from Apple, Google and Samsung
After anti-monopolists rebutted the security threat argument from tech companies, Apple roars back with a detailed paper on the dangers of Sideloading 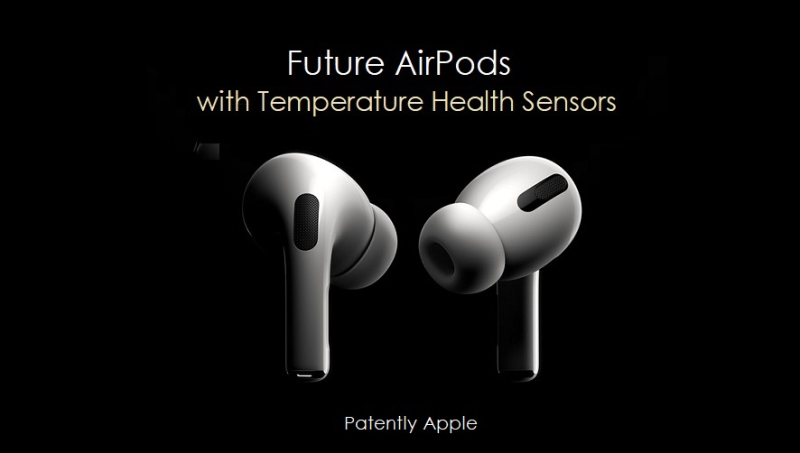 Apple has been working on next-gen health sensors for future AirPods for some time now according to several Apple patents that we've covered in reports found here: 01, 02, 03. In 2018 we also reported on Apple adding "Wellness Sensors" to the AirPods trademark in preparation for future use.

The plans further demonstrate Apple’s ambition to add health and wellness features to devices beyond the Apple Watch, where most of the company’s health functions exist today. Apple is also working on technology that aims to use iPhones to help diagnose depression and cognitive decline, the Journal reported last month.

Apple is already developing prototypes for AirPods to take wearers’ core body temperature from inside their ear, according to the documents reviewed by the Journal" and previously reported on by Patently Apple. For more, read the full WSJ report.