Home Archives Contact Us Subscribe Twitter MeWe Facebook Patently Mobile
Today Facebook announced that it's changing it's brand name to 'Meta' to better reflect their new focus and work in bringing the Metaverse to life
Although Apple posted a record $83.4 Billion Quarter, their stock has fallen for missing Wall Street's Expectations due to Supply Restraints 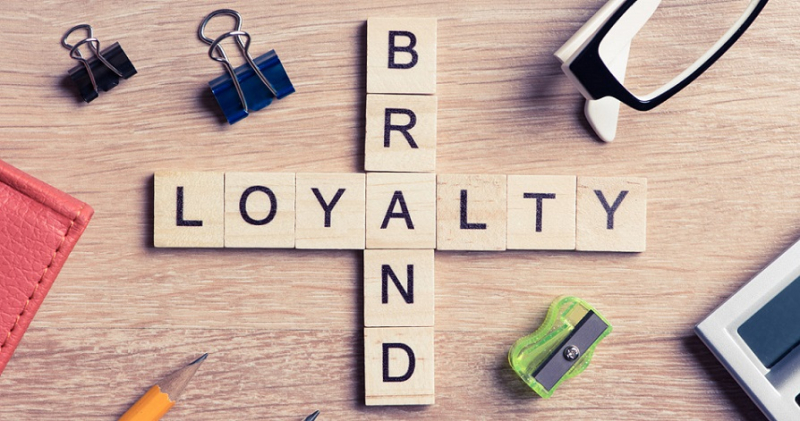 Smartphone brands compete in an interesting and complicated US marketplace. Despite the apparent dominance of iPhones, most brands compete within the Android operating system environment, in addition to competing with Apple in the overall smartphone market. CIRP analyzed this brand marketplace as of the September 2021 quarter.

Within this marketplace, over the past three years we have seen Apple maintain the largest overall share. It has kept this share as customers largely remain loyal to either the Apple iOS or Google Android operating system, and iOS is exclusive to Apple, of course.

Within the Android operating system, Samsung has a similarly strong position as Apple does within the overall smartphone market. Motorola has maintained a meaningful share, but has much lower loyalty rates compared to Samsung. Before it announced its exit from smartphones, over the last three years LG had a slightly larger share and similar loyalty and switching to Motorola. 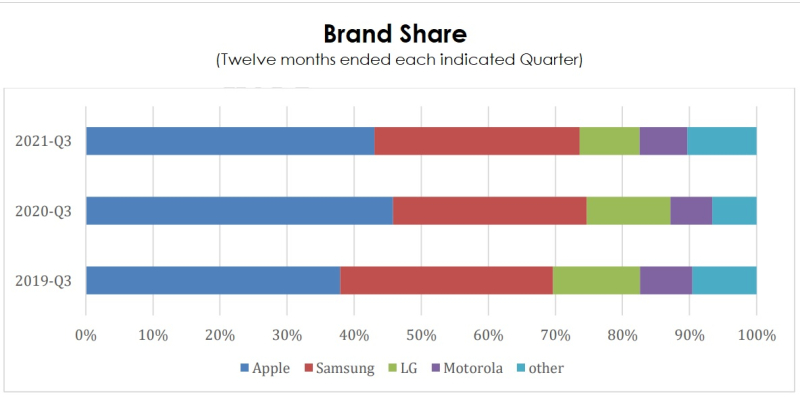 Shares were roughly consistent over the past three years. Apple experienced a measurable increase in share in the twelve months ending September 2020, while Samsung saw its share move within a very narrow range during the entire three-year period shown.

Brand loyalty helps explain trends in overall shares. Apple has had the highest brand loyalty, measured as the percent of customers purchasing a new Apple iPhone whose previous smartphone was also an iPhone. Apple has seen loyalty rates exceed 90% for the past three years (Chart 2) Switching brands within the Android operating system is easier than switching between Android and iOS, and loyalty to each operating system has remained at about 90% for the past several years. Even so, within Android smartphones, Samsung has the highest loyalty, with around two-thirds of Samsung buyers having owned another Samsung immediately previously. As Samsung maintained its loyal users, Motorola and LG saw lower loyalty a somewhat downward trend since the year ending September 2019.

For more on this, review the full Consumer Intelligence Research Partners (CIRP) report.