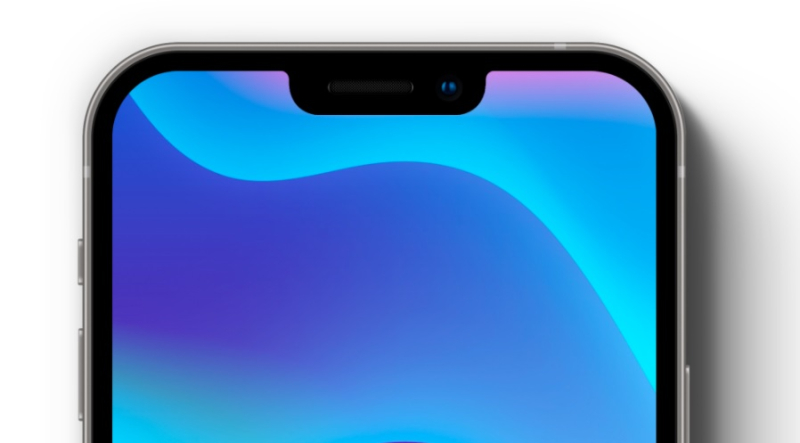 While there wasn't a knockout patent published today by the US Patent & Trademark Office for Apple, there was an interesting one that covers how Apple was able to reduce the iPhone 13 notch by 20% as presented during the iPhone 13 event in September.

How Apple Reduced the iPhone 13 Notch

Apple's patent FIG. 1 below is a schematic frontal view of an iPhone (#20) that comprises a display #22, covering most of the front of the portable device. Apple notes that the iPhone comprises an optical radiation source #24, which may be utilized for applications such as, for example, 3D mapping or face recognition.

The embodiments of the invention enable the placement of source #24 behind an active part of display within a dotted-line frame. Such a placement of source #24 saves display area, as otherwise the source would have to be placed in a notch area #28 and thus enlarging the notch and consequently reducing the useful area of display #22. In other words, the reduced notch of the iPhone is due to Apple moving their optical Radiation source out of the notch area. 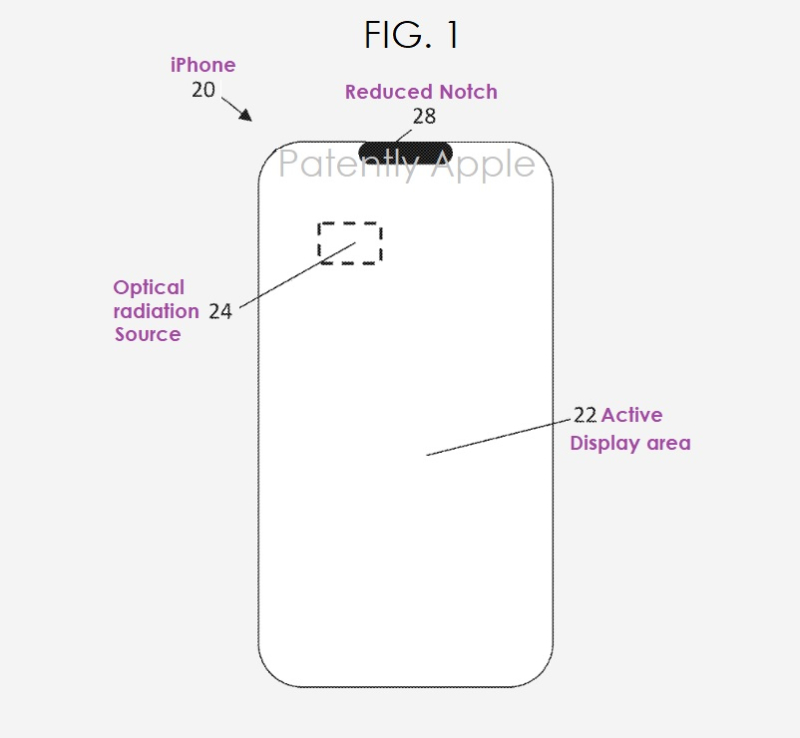 In-part, this is a patent fulfilled with the release of the iPhone 13. The patent also covers optical radiation and an array of emitters that could be used in future AR/VR devices as well as smartglasses. This is a highly technical patent and for more details, review Apple's patent application 20210318418.